The cars of tomorrow might not need to worry about potholes. 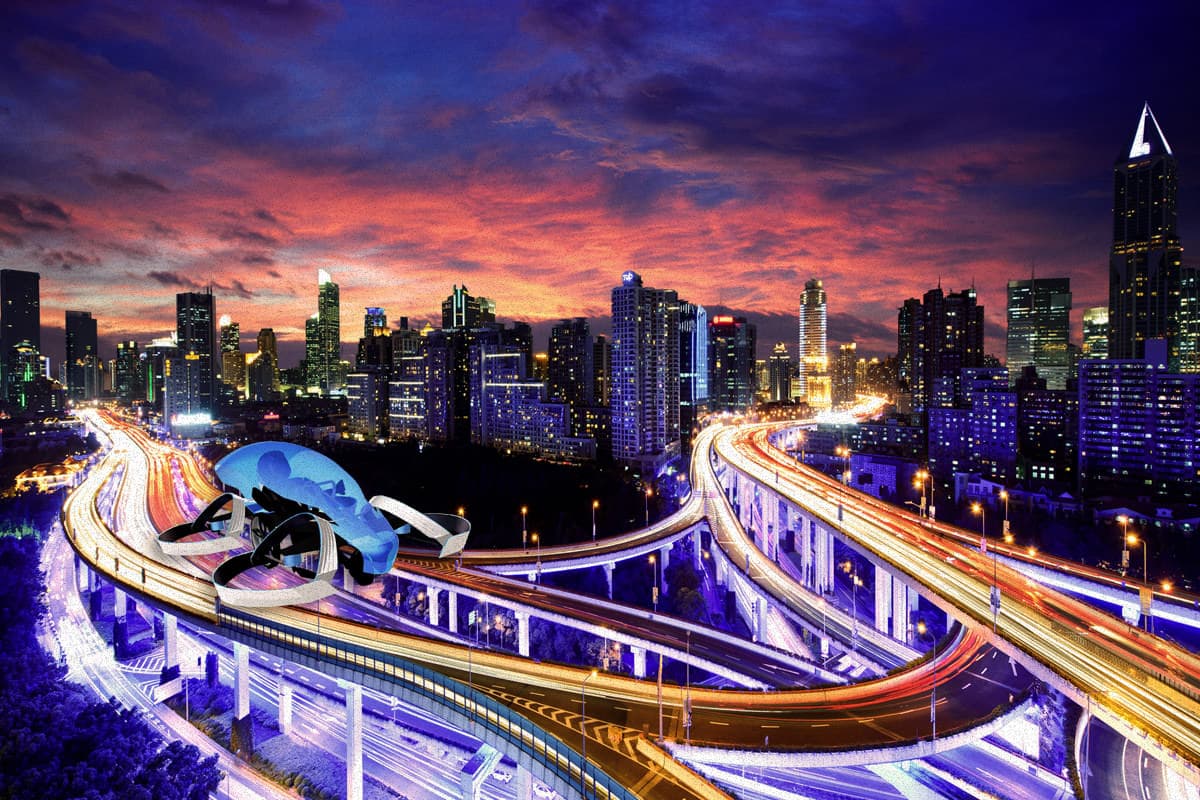 Toyota is throwing its hat into the flying car ring, backing the “SkyDrive” flying car, the brainchild of a startup called Cartivator. The drone-esque, 2.9 meter (9.5 foot) long SkyDrive vehicle is designed to max out at speeds of up to 100 km/h (62 mph) as it floats 10 meters (33 feet) above the ground. It would be simple and intuitive enough for a non-pilot to control, and could simply take off from the regular old highway.

Cartivator consists of about 30 volunteers led by Tokushima University drone expert Masafumi Miwa, but they're not going it alone. They're also backed by Toyota's mechanical engineers, not to mention its 40 million yen ($353,000). The group is also getting support from Taizo Sun, the founder of GungHoOnline Entertainment, along with an enthusiastic group of crowdfunders who have pledged about 2.5 million yen ($22,000) to help the group meet its goal: getting SkyDrive in the air by 2018 and commercialized in time to be the torchbearer for the 2020 Tokyo Olympic games.

Toyota isn't the only big company who's looking to get in on the perennial flying car dream. Ehang of China, Lilium Aviation of Germany, AeroMobil, Uber, and the Kitty Hawk startup project from Larry Page are all working on flying cars. Anything related to developing aircraft is heavily regulated — particularly in the U.S. — making each step of the way cost extensive amounts of money and time. According to Kazuyuki Okudaira of Nikkei Asian Review, Toyota's leadership is taking a pro-innovation investment standpoint on the flying car issue: “Chairman Takeshi Uchiyamada decided 'things will not progress if you wait and provide money only when the technology is ready.'”

Read This Next
Futurism
New Zealand May Soon Get a Flying Taxi Service
Futurism
PAL-V's Flying Car Design Has Been Finalized, Will Arrive in 2019
Futurism
AirSpaceX's Autonomous Electric Flying Taxi Will Hit the Skies in 2026
Futurism
Uber CEO Says Flying Cars Are Only a Decade Away
Futurism
The Owner of Volvo Just Acquired a Flying Car Company
More on Advanced Transport
Pepsi Semi
Yesterday on the byte
Tesla Semi Truck Drives 500 Miles Fully Loaded
Out With a Bang
Tuesday on the byte
Driver Says His Ford F-150 Lightning Made a "Loud Boom" and Died When He Plugged It In
Deep in a Hole
Tuesday on the byte
Something Very Weird Is Going on at Elon Musk's Boring Company
READ MORE STORIES ABOUT / Advanced Transport
Keep up.
Subscribe to our daily newsletter to keep in touch with the subjects shaping our future.
+Social+Newsletter
TopicsAbout UsContact Us
Copyright ©, Camden Media Inc All Rights Reserved. See our User Agreement, Privacy Policy and Data Use Policy. The material on this site may not be reproduced, distributed, transmitted, cached or otherwise used, except with prior written permission of Futurism. Articles may contain affiliate links which enable us to share in the revenue of any purchases made.
Fonts by Typekit and Monotype.