How did it get so close to its parent star? 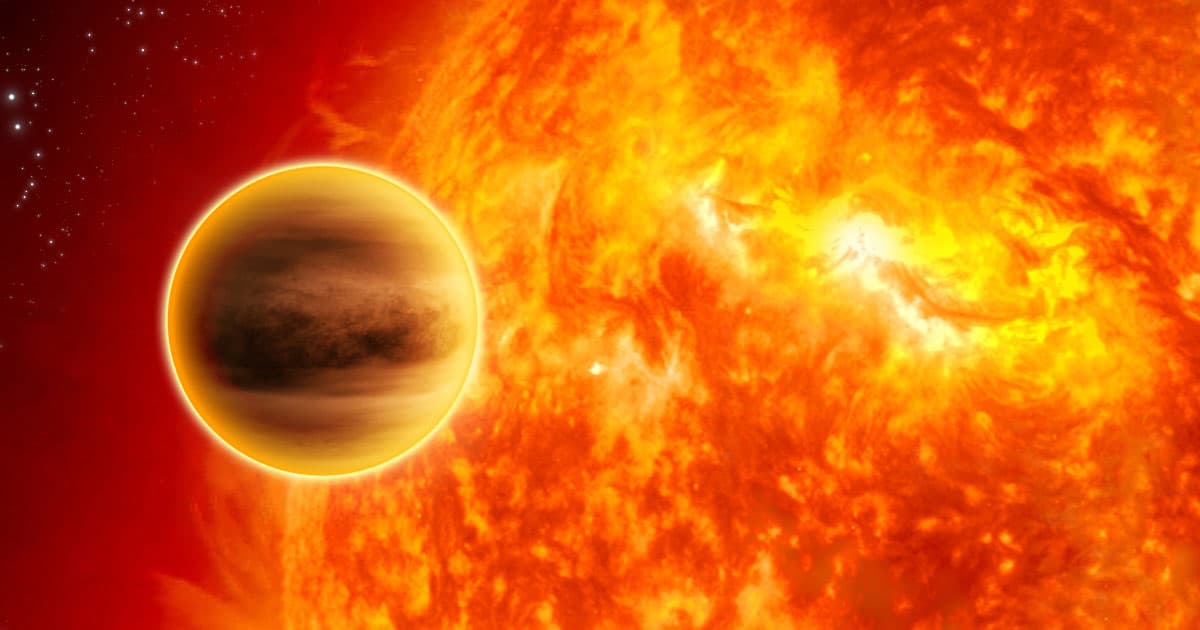 Hot Jupiters are exoplanets that are roughly the size of Jupiter, but orbit their respective star at a short distance — in extreme cases taking only 18 Earth hours to complete a full orbit. This means they tend to be extremely hot — hence their name.

Plenty of questions remain as to how they're formed, or how they move over time. Do they approach or escape from their parent star during their life cycle?

A new study published in the Astronomical Journal today outlines a new discovery of an extremely young hot Jupiter class exoplanet called HIP 67522 b, some 490 light-years from Earth.

Its well-studied parent star is just 17 million years old, making the newly discovered planet several million years younger. That makes it the youngest one of its kind ever found and could shed some light on the unique characteristics of hot Jupiters.

The discovery was made using NASA's Transiting Exoplanet Survey Satellite (TESS), which can measure the dip in brightness emanating from the star as the planet passes between us and its star.

HIP 67522 b is roughly ten times the diameter of Earth, suggesting that it's a gas-dominated planet — just like Jupiter.

Astronomers suggest there could be three different reasons for why hot Jupiters ended up so close to their star. Either they formed right there and then — an exceedingly unlikely hypothesis — or they slowly approached their star over time.

Their inward migration could have either started this migration when still shielded by the disk of gas and dust that surrounds a recently birthed star system. Or — the third hypothesis — they were forced there when the gravity of other planets could have driven them closer later in the lifetime of the star system.

This last hypothesis however is looking less likely (albeit, hasn't yet been fully ruled out) with HIP 67522 b's discovery, since it's so young.

"Scientists would like to know if there is a dominant mechanism that forms most hot Jupiters," Yasuhiro Hasegawa, astrophysicist at NASA's Jet Propulsion Laboratory who was not involved in the research said in a statement. "In the community right now there is no clear consensus about which formation hypothesis is most important for reproducing the population we have observed."

"The discovery of this young hot Jupiter is exciting, but it's only a hint at the answer," he added. "To solve the mystery, we will need more."

Read This Next
Jupiter Ascending
A Wave of Incredible Heat Ripped Through Jupiter
Futurism
The James Webb Space Telescope Is Going to Stare Straight Into Jupiter
Into Darkness
Inside NASA's Bold Proposal to Probe the Mysteries of Dark Matter
Martian Ammonia
NASA Rover Detects Organic Molecules on the Surface of Mars
Myanus, Hisanus, Heranus...
Here's What Uranus Scientists Think About Your Disgusting Jokes
More on Hard Science
Tractor Beam
Jan 26 on the byte
Scientists Build Working Tractor Beam, Although It's Comically Tiny
Having a Blast
Jan 18 on the byte
New Study Shows Where You Should Hide to Survive a Nuclear Attack
Offworld Amino
Jan 15 on the byte
Scientists Find Building Blocks of Life in Meteor That Smashed Into Family's Driveway
READ MORE STORIES ABOUT / Hard Science
Keep up.
Subscribe to our daily newsletter to keep in touch with the subjects shaping our future.
+Social+Newsletter
TopicsAbout UsContact Us
Copyright ©, Camden Media Inc All Rights Reserved. See our User Agreement, Privacy Policy and Data Use Policy. The material on this site may not be reproduced, distributed, transmitted, cached or otherwise used, except with prior written permission of Futurism. Articles may contain affiliate links which enable us to share in the revenue of any purchases made.
Fonts by Typekit and Monotype.