The Skill Flux seemingly resists gravity, but it's really making clever use of the laws of physics. 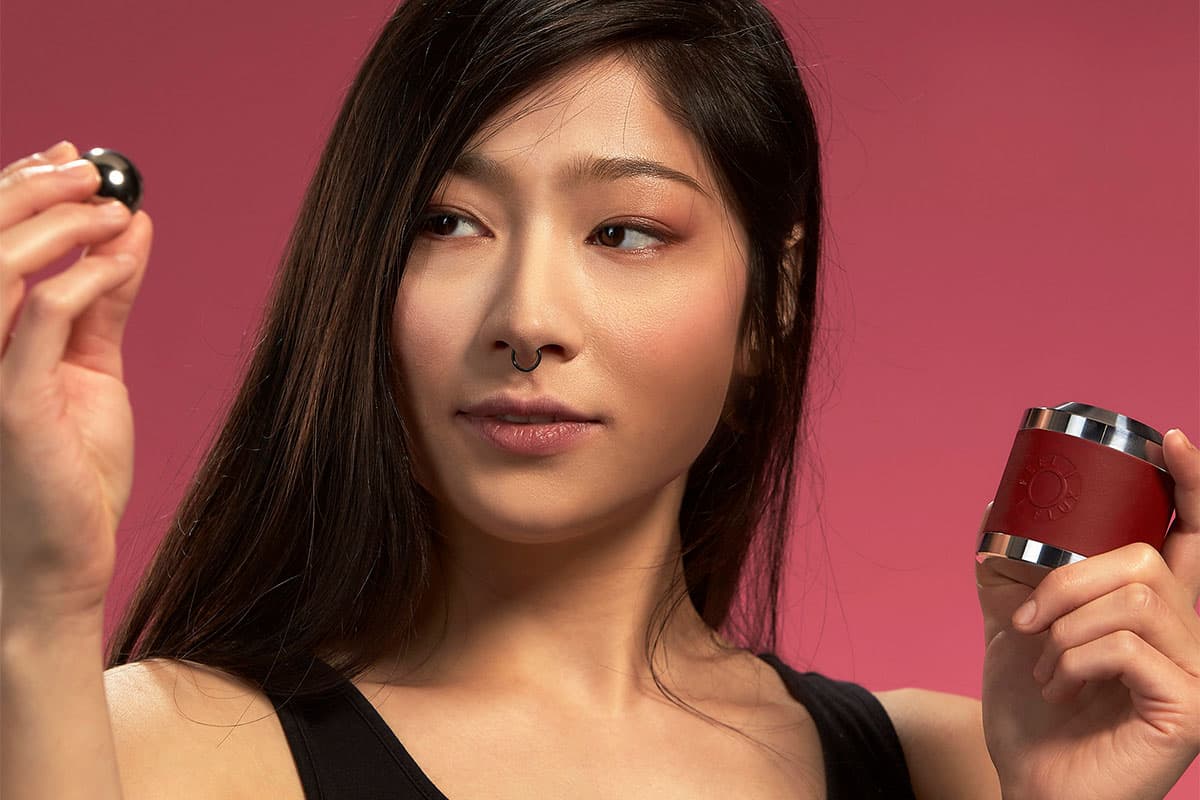 The cutting edge of physics can seem more like fiction than reality, as scientists argue over whether information is a form of matter and if you can find dark matter at the bottom of a lake. Yet, even the established laws of physics can pull out some surprises, which is where the Skill Flux stands out. Typically $99, the Skill Flux Scientific Desk Toy + Magnet Shield Bundle is on sale for only $80.95.

The Skill Flux seems like a typical tube and ball. Drop the ball in the tube and it'll fall through, right? Except instead the ball seems to fight gravity, only slowly dropping out the bottom. See for yourself:

How does the Skill Flux pull this off? It uses Lenz's Law. Discovered in 1834 by Emil Lenz, the law states that when you induce a current in a conductor using a magnetic field, that current will generate a magnetic field that opposes changes in the initial field. In other words, the more you push a magnet towards a conductor, generating a current through that conductor, the harder the conductor will push back against the magnet.

With the Skill Flux, the secret is that the ball is a strong neodymium magnet and the tube is the conductor, in this case aluminum. So while gravity will eventually win out against magnetism, the fields will still push against each other, slowing the ball. Capturing the allure of the toy, The Economist wrote, "Watching this defiance of the laws of nature is undeniably mesmeric."

This means you can play catch with two tubes, perform tricks and stunts, get multiple tubes and stack them, and get some inspiration from physics when you're stuck. The leather wrap and magnet shield make it an elegant addition to any desk, while protecting sensitive gear by encasing the ball in wood with an iron outer shell.

Read This Next
From Our Partners
Save on Science Toys And DIY Kits During This Pre-Black Friday Sale
From Our Partners
Get Up Close With This 7" Digital USB Microscope That's On Sale For Over 30% Off
From Our Partners
Build Your Family's Love of STEM With These Robotics And Science Kits
Futurism
This Digital Microscope Can Zoom In Up to 200 Times And Record HD Videos
Brands We Love
Mini Museum Brings Priceless Scientific and Historical Artifacts to the Masses
More on Sci-Fi Visions
Human v. Giraffe
Tuesday on the byte
Chaotic Italian Fashion Line Baffles Facial Recognition Software
Step One
Tuesday on the byte
World’s Third Richest Person Says He’s Developed "Addiction" to ChatGPT
FROM THE DEPT. OF...
Tuesday on futurism
The Best Places to Buy A Laptop in 2023
READ MORE STORIES ABOUT / Sci-Fi Visions
Keep up.
Subscribe to our daily newsletter to keep in touch with the subjects shaping our future.
+Social+Newsletter
TopicsAbout UsContact Us
Copyright ©, Camden Media Inc All Rights Reserved. See our User Agreement, Privacy Policy and Data Use Policy. The material on this site may not be reproduced, distributed, transmitted, cached or otherwise used, except with prior written permission of Futurism. Articles may contain affiliate links which enable us to share in the revenue of any purchases made.
Fonts by Typekit and Monotype.