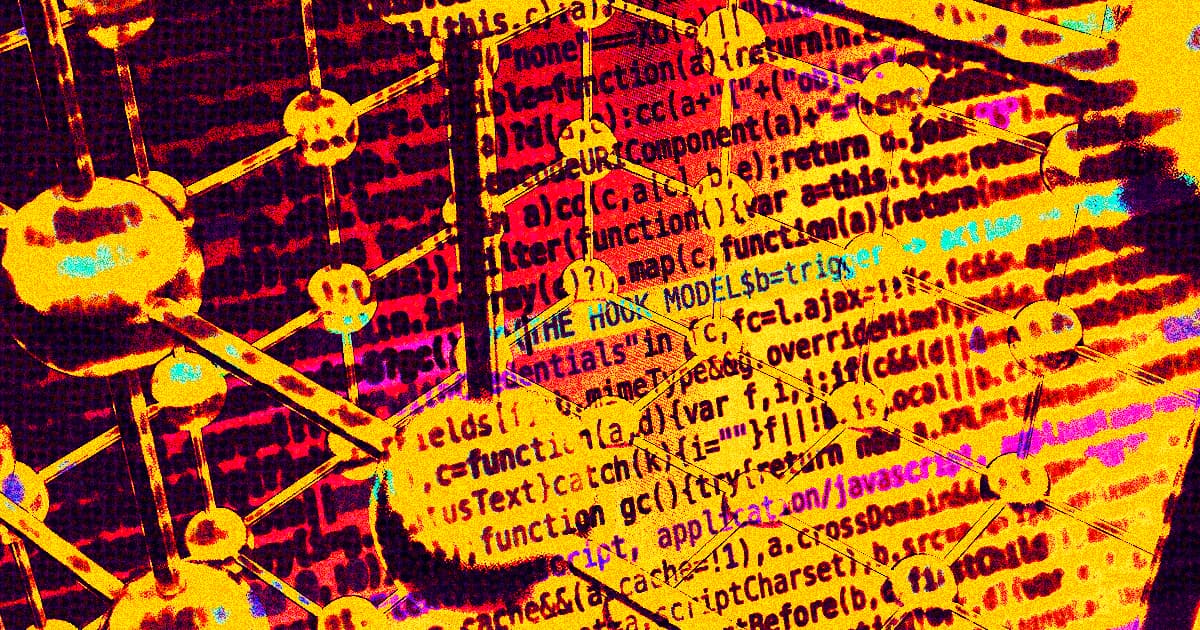 Physicist Claims That Information Is a New Form of Matter

And he says we're on track for it to outweigh everything else on Earth.

And he says we're on track for it to outweigh everything else on Earth.

That means Earth is heading toward a crisis that University of Portsmouth physicist Melvin Vopson calls the "information catastrophe," according to a paper he published in the journal AIP Advances. That's because, according to his math, Vopson argues that digital information will account for half of the Earth's mass by the year 2500, making its growth impossible to sustain.

Vopson cites a theoretical framework that he calls the mass-energy-information equivalence principle, which links a number of distinct physical theories, in ZME Science's analysis. First, there's Einstein's' theory of general relativity, which links mass to energy. Then there's physicist Rolf Launder's theory that there's a fundamental energy cost tied to information processing, which Vopson combines to argue that digital bits have mass and should be considered matter alongside solids, liquids, gases, and plasmas.

"Although information manifests itself in many formats including analog information, biological DNA encoded information, and digital information, the most fundamental form is the binary digital bit because it can successfully represent or duplicate all existing forms of information," Vopson told ZME of his work.

Vopson made some exceptionally far-out claims in his ZME interview, like that the dark matter holding galaxies together could somehow be made of information. But aside from all of that, he does draw attention to an important, often-overlooked issue: the fact that ever-growing digital infrastructure could someday demand an utterly unsustainable amount of energy that the planet simply can't provide.

"Everyone should find this interesting because the projections show that we are going to produce so much digital content in the near future that the number of bits produced would equal all the atoms on Earth," Vopson told ZME.

"So the question is: Where do we store this information? How do we power this? It is a wake-up call for the big data industries, internet giants, high tech companies, energy research, and environmental research. I call this the invisible crisis, as today it is truly an invisible problem, but the projections show a different story," he added.

READ MORE: Physicists claim information is the fifth state of matter. By 2245, half of Earth’s mass could be converted to digital bits [ZME Science]

More on states of matter: The Early Universe Was a Vast Liquid Ocean, Scientists Say

Quacks Like a Duck
Those Headlines About Scientists Building a Wormhole Are Total Nonsense, People
12. 1. 22
Read More
Good Samaritan
Physics Dept Gets Random Box Full of $180K in Untraceable $50s and $100s
12. 22. 21
Read More
Hole Shebang
Physicists Outline Plan to Harvest Energy From Black Holes
1. 13. 21
Read More
+Social+Newsletter
TopicsAbout UsContact Us
Copyright ©, Camden Media Inc All Rights Reserved. See our User Agreement, Privacy Policy and Data Use Policy. The material on this site may not be reproduced, distributed, transmitted, cached or otherwise used, except with prior written permission of Futurism. Articles may contain affiliate links which enable us to share in the revenue of any purchases made.
Fonts by Typekit and Monotype.