The Seven Most Misused Words in Science, According to Scientists

Get to know the real meaning of the terms scientists use to define our reality. 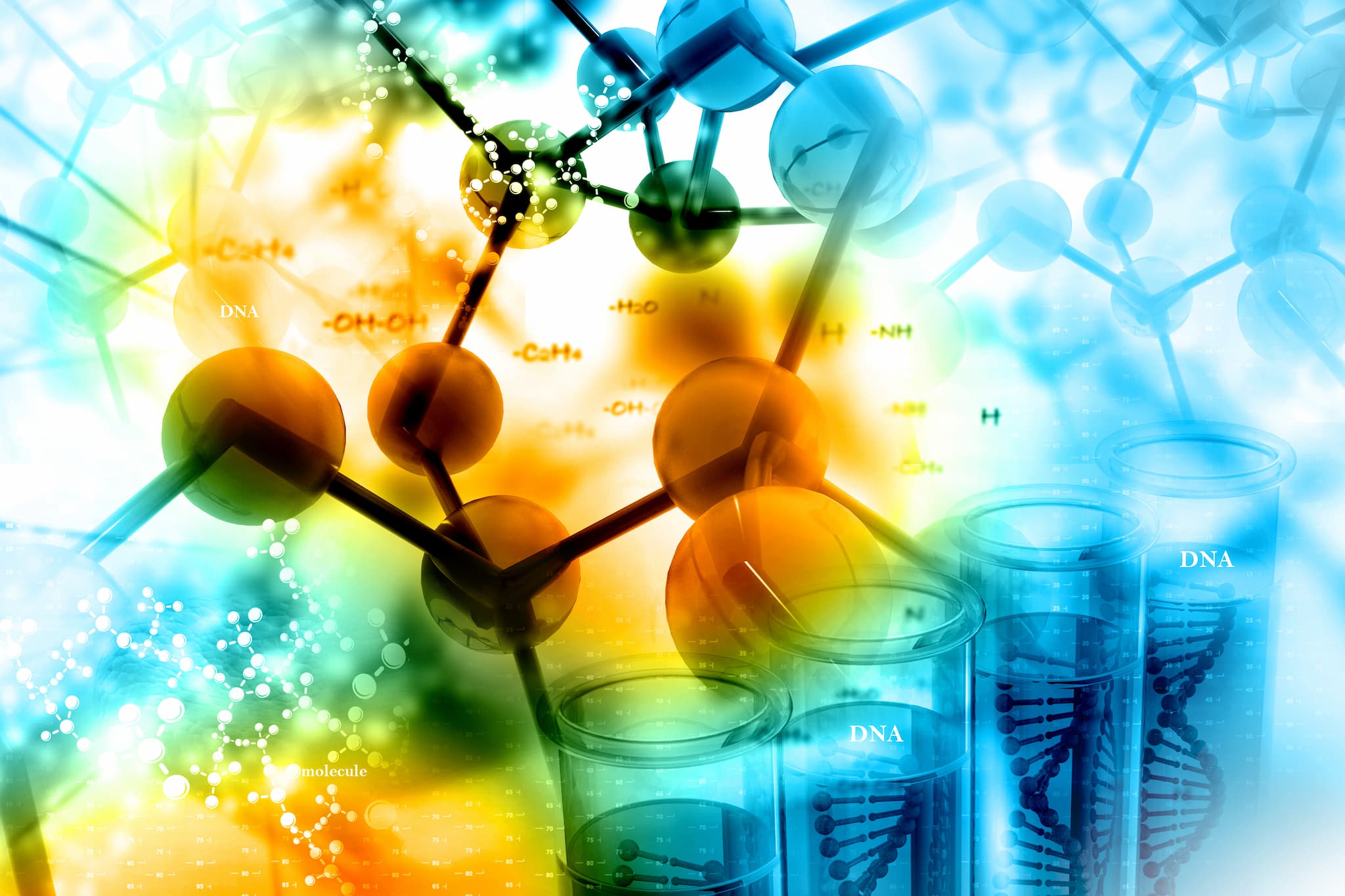 Many phrases and words have different meanings in science than they do when spoken by the general public. Some scientists argue that the misunderstood terms should simply be replaced, but that just prolongs the problem. If "theory" is replaced with some other word, then it's almost inevitable that this "new" word will also be misused every now and again. Instead, a better science education is needed in order to help people understand the terms scientists use to define our reality. So, without further adieu...

Theory is probably one of the most abused scientific terms out there. The phrase "that's just a theory" is a common attack used against scientific theories by people who don't understand the term. How many times have you heard anti-evolutionists use the phrase "well, evolution is just a theory. Get back to me when it's a law." But that's not how theories or laws work (but more on laws later).

Theories are one of the pinnacles of science and are widely accepted in the scientific community as being true. A theory is not a random idea that scientists came up with on the spur of the moment; they have been tested over and over and over and have shown to be true under the rigors of scientific experiment. Whereas a theory can never be proven true, they do have evidence that supports the original idea. And ultimately, theories can never become laws because the two are fundamentally different.

Scientific laws are short, sweet, and always true. Many times, laws are expressed in a single expression. Laws cannot ever be shown to be wrong (that is why there are many theories and few laws). Laws are accepted as being universal and are the cornerstones of science.

If a law were ever to be shown false, then any science built on that law would also be wrong; then the domino effect would have a new (and devastating) meaning. Laws generally rely on concise mathematical equations.

Some examples of scientific laws include the laws of thermodynamics, Boyle’s law of gasses, the laws of gravitation, and several others.

Model is also a troublesome word for several reasons. Firstly, a scientific model (in most contexts) is a way of quantifying a particular natural event to help us understand it better. They vary a little in the exact usage of the definition in different fields of science, but the basic idea is the same.

Scientists spend a ton of time comparing competing models to one another, refining their models, and generally working to make the model as accurate as possible. The overwhelming consensus of climate change comes from our climate models. As we collected more data, and studied the way the biosphere operates, we were able to refine our climate models. This gave us insight to more pieces of the climate puzzle, which lead to the unsettling realization that current human activity is having a severe and unfavorable impact on the environment.

"Be skeptical. But when you get proof, accept proof." That quote by Michael Specter is brilliant for describing what true skepticism should be. In the media machine today, the term "skeptic" is often applied to people who accept pseudoscience because they are "skeptical" of mainstream science: "Vaccine skeptics," "climate skeptics," "pharmaceutical skeptics," and so on.

The term gives these people and other similar groups a bit too much credit. Generally, these groups are ignoring proof and evidence, not demanding evidence, which is what true skepticism is all about.  Michael Mann, a climate scientist from Pennsylvania State University, summarized it best when he said, "Denying mainstream science based on flimsy, invalid, and too-often agenda-driven critiques of science is not skepticism at all. It is contrarianism ... or denial."

A true skeptic is willing to look at all of the scientific evidence available and is willing to analyze it without bias. When the evidence says something, a skeptic can accept the outcome before them...until new evidence is presented.

Ah, significant... this is a huge problem. It is often used in the phrase "statistically significant;" however, people also epically misuse the term by equating it with the word "important." Here's one example of an epic misuse of the term.

Natural has turned into a word to define health and vitality; "Pharmaceutical companies are the enemy, They promote drug dependency at the cost of the natural remedies that are all our bodies need. They are immoral and driven by greed. Why take drugs when herbs can solve it? Why use chemicals when homoeopathic solvents can resolve it? It's time we all return-to-live with natural medical alternatives."

Though quoted from Tim Minchin's Storm, that basically sums up the argument for "natural" things. Natural is a term that's often equated with health and vitality. A "natural" drug is always better than pumping your body full of chemicals made in a lab.

However, not everything that's "natural" is good for you. "Natural" simply means "existing in nature." Arsenic is natural, and I'm pretty sure you don't want to take it as a natural remedy. Even natural things that are good for you should only be taken in moderation, including salt and water (it's hard to die from water poisoning, but it's possible). Even using the pseudoscience definition of what is "natural" i.e., alternative medicines, natural still isn't always a good thing. Advertising companies promoting natural products have been known to make all sorts of fraudulent claims, and when people buy into the natural remedy over real medicine, then some serious health complications can occur.

Finally, the important thing to remember is that literally everything in the universe is "natural." You literally cannot have something "unnatural" that exists in our experience of spacetime. In science, the word is all but empty.

While we're talking about natural remedies, we have to mention chemicals. The anti-fluoride movement gets a lot out of calling fluoride a chemical, proposing that it's bad to add to the water because we don't want to be ingesting those evil chemicals.

Scientifically speaking, chemicals are everywhere. A chemical is something that's studied in chemistry; that's pretty much anything made from atoms (since chemists don't concern themselves with particle physics, atoms is about as small as they go). Oxygen, water, nitrogen, everything you're eating, drinking, and interacting with is made from chemicals. Every single element is a chemical. There are chemicals that are required for life to exist and there are chemicals that will kill humans (and also other animals) very quickly. Too much of any chemical will kill you, and not enough of several of them will too.

Read This Next
Bot Versus Bot
A Bot Made Frank Sinatra Cover Britney Spears. YouTube Removed It Over Copyright Claims.
Helpful Hemp
Seven Ways Cannabis Legalization Will Make the Future Better
Drawing Straws
Users of Crypto Site Where Dead CEO Lost $196M Are Preparing Suit
Futurism
Court Orders Google to Remove Results for Man’s Criminal Record Under “Right to be Forgotten”
More on Future Society
Down in Flames
Yesterday on the byte
Elon Musk Apparently Thinks Twitter Is a "Flaming Dumpster Rolling Down the Street"
All Tomorrow's Pa...
Yesterday on the byte
Party Startup Says It Has Zero Plans to Make Any Money With Investors' Funds
Primate Theft
Tuesday on the byte
It Was a Very Bad Weekend for Monkeys Being Stolen From Zoos, Apparently
READ MORE STORIES ABOUT / Future Society
Keep up.
Subscribe to our daily newsletter to keep in touch with the subjects shaping our future.
+Social+Newsletter
TopicsAbout UsContact Us
Copyright ©, Camden Media Inc All Rights Reserved. See our User Agreement, Privacy Policy and Data Use Policy. The material on this site may not be reproduced, distributed, transmitted, cached or otherwise used, except with prior written permission of Futurism. Articles may contain affiliate links which enable us to share in the revenue of any purchases made.
Fonts by Typekit and Monotype.