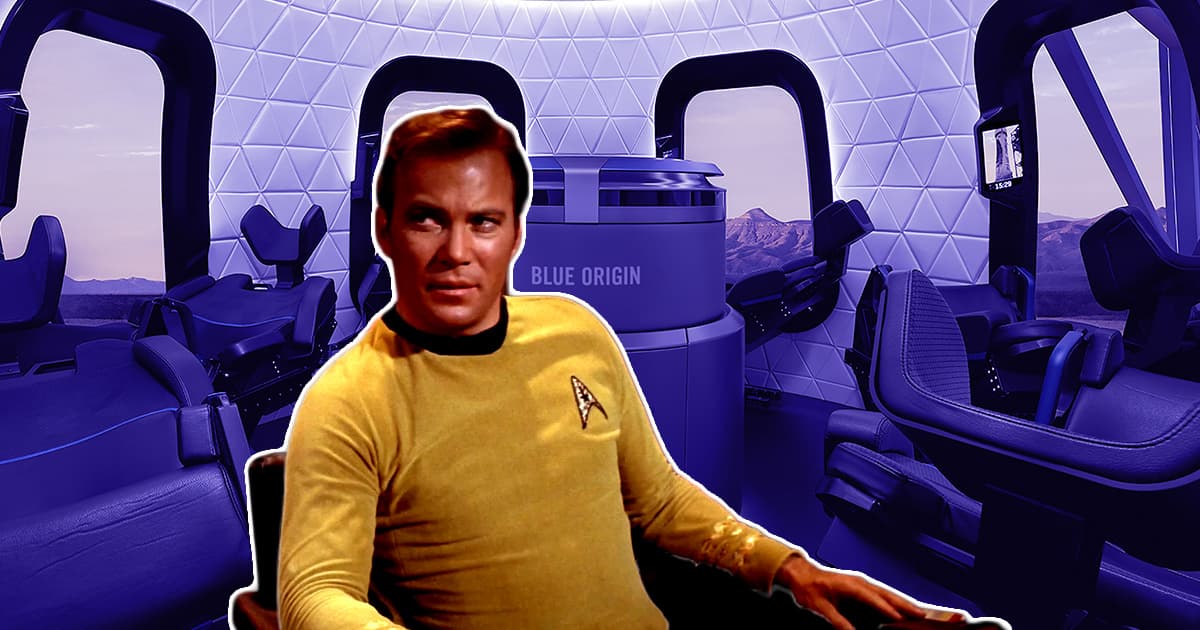 Acting legend William Shatner, who famously played the role of Captain Kirk on the original run of "Star Trek," will reportedly go to space during an upcoming Blue Origin launch slated for later this year, according to TMZ.

The 90-year-old Canadian actor will be part of the second crew to fly to the edge of space on board the Jeff Bezos-led company's New Shepard spacecraft — which could also make him the oldest person in space, depending on how you define the edge of space.

Shatner won't be the first senior on a Blue Origin launch. Veteran pilot instructor Wally Funk, who joined Bezos on the first crewed New Shepard mission in July, was 82 at the time of that flight.

Sources told TMZ that the mission will also be filmed for a documentary. It's still unclear who will join Shatner.

The news comes after Bezos himself took a ride to an altitude of 66.5 miles earlier this year, experiencing several minutes of weightlessness.

While that's technically past the Kármán line, the internationally agreed-upon boundary between the Earth's atmosphere and outer space, it's a long shot from entering orbit, a fact that has earned him derisive remarks from fellow billionaire and SpaceX CEO Elon Musk.

It's also unclear if Shatner will pay for his own seat, but according to TMZ, he may be getting a free ticket — he is a "Star Trek" legend, after all.