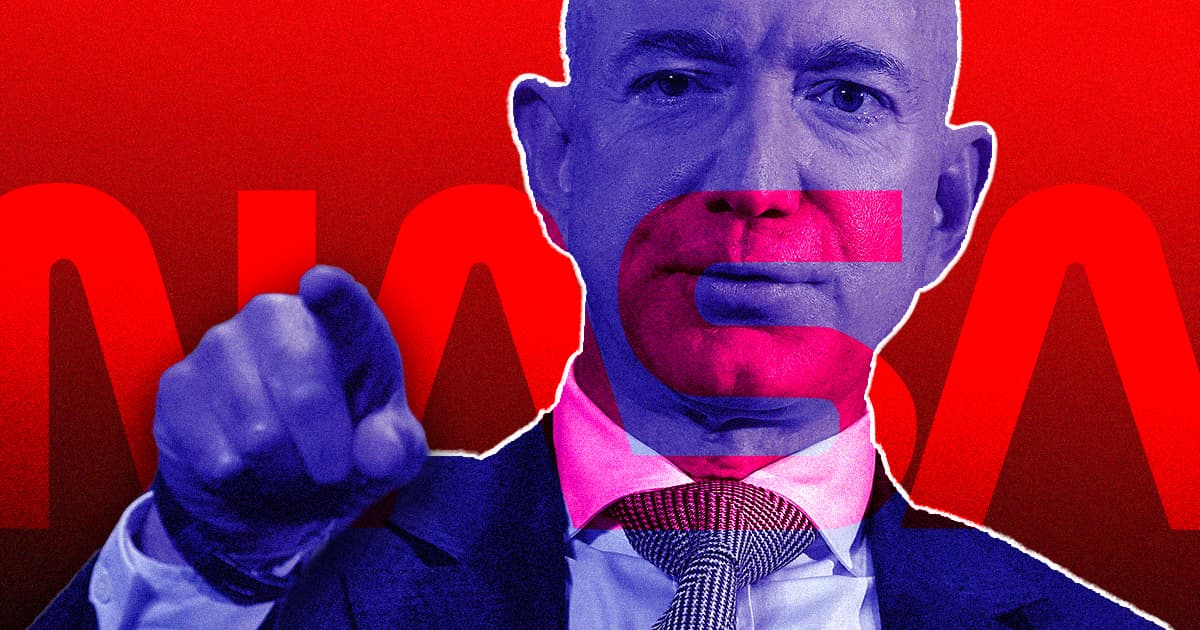 "If you have a coin, you can flip it as to what's going to happen in the legal wrangling that's going on right now."

"If you have a coin, you can flip it as to what's going to happen in the legal wrangling that's going on right now."

NASA Administrator Bill Nelson is pointing fingers squarely at Jeff Bezos and the lawsuit filed by his spaceflight company, Blue Origin, for delaying the schedule for the upcoming series of Artemis missions to the Moon.

Nelson announced at a Tuesday press conference that he's no longer confident in NASA's proposed timeline for the increasingly-ambitious missions that would eventually send astronauts back to the Moon, Insider reports. This isn't the first time he's accused Blue Origin of messing up Artemis: Nelson said the same thing to the press last month when the scope of the lawsuit was first becoming apparent.

The trouble began when NASA announced plans to award SpaceX a contract to develop a Moon lander expected to be used for the Artemis III mission, which had been scheduled for 2024.

In response, Blue Origin sued NASA, claiming that the SpaceX proposal didn't actually meet NASA's requirements and that the space agency had made an unfair decision. Now, thanks to the added complication of a major lawsuit, the whole program is facing additional delays.

The lawsuit has certainly thrown an unwelcome wrench into the works. But as Insider notes, NASA's proposed timeline for the Artemis missions was already questionable to begin with. That's something that even Nelson's predecessor, Steve Jurczyk, admitted in a February interview with Futurism during his brief tenure as acting NASA Administrator.

That was well before the Blue Origin lawsuit. But Nelson is saying that everything is indeed up in the air.

"If you have a coin, you can flip it as to what's going to happen in the legal wrangling that's going on right now," Nelson said at the press conference.

"What is the federal judge going to decide?" he continued. "When is he going to decide? What [are] the further legal possibilities about that? And once we know better about things like that, then we can answer on Artemis III, and then after that Artemis IV."