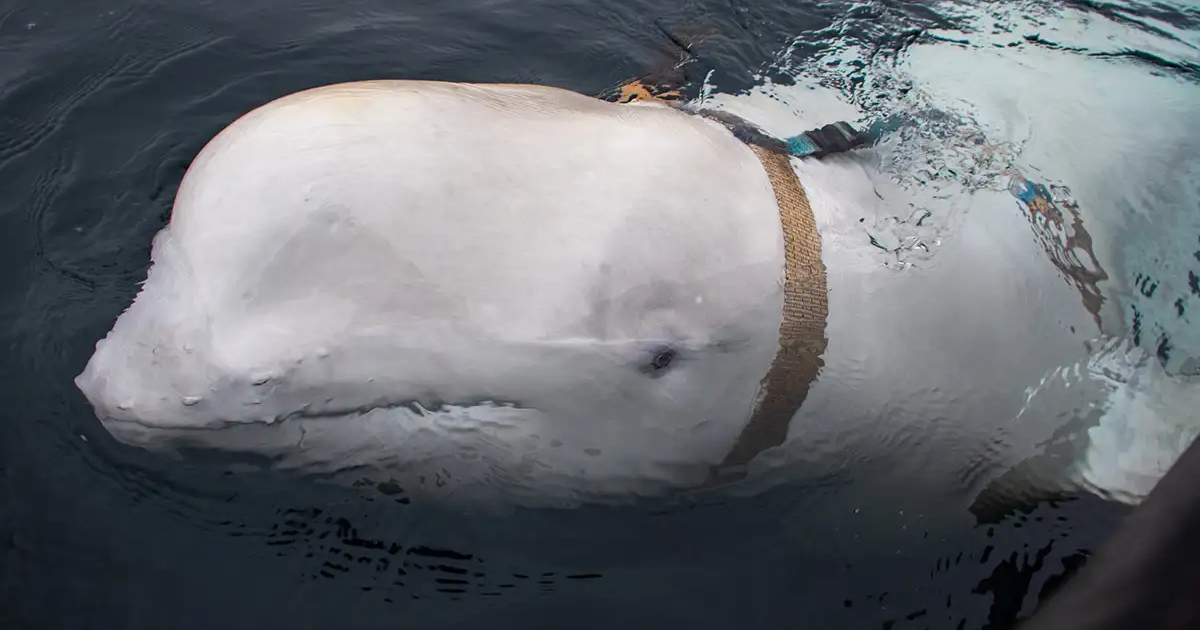 Whale Suspected of Being a Russian Weapon Found in Norway

It was wearing a harness that appeared to be designed to hold a camera or weapon.

It was wearing a harness that appeared to be designed to hold a camera or weapon.

In 2017, Zvezda, a TV station owned by Russia's Defence Ministry, reported that the nation's military was training white whales, seals, and dolphins for Arctic missions — and now it seems one of those recruits may be guilty of desertion.

A group of fishers recently told Norwegian broadcaster NRK that they found a white beluga whale wearing a strange harness with the words "Equipment of St. Petersburg" written on its strap — a clue that the animal may have had a role to play in Russia's futuristic military plans.

According to the fishers, the whale had been harassing their boats, rubbing against the vessels and pulling on accessible straps and ropes. When they removed its strange harness, which appeared designed to hold a camera or weapon, they saw the message written on it.

"We know that in Russia they have had domestic whales in captivity and also that some of these have apparently been released," Audun Rikardsen, a marine biology professor at the Arctic University of Norway, told NRK, according to The Guardian. "Then they often seek out boats."

But when Rikardsen reached out to Russian researchers to try to find who owned the whale, they denied having anything to do with it.

"They tell me that most likely is the Russian navy in Murmansk," Rikardsen told NRK.