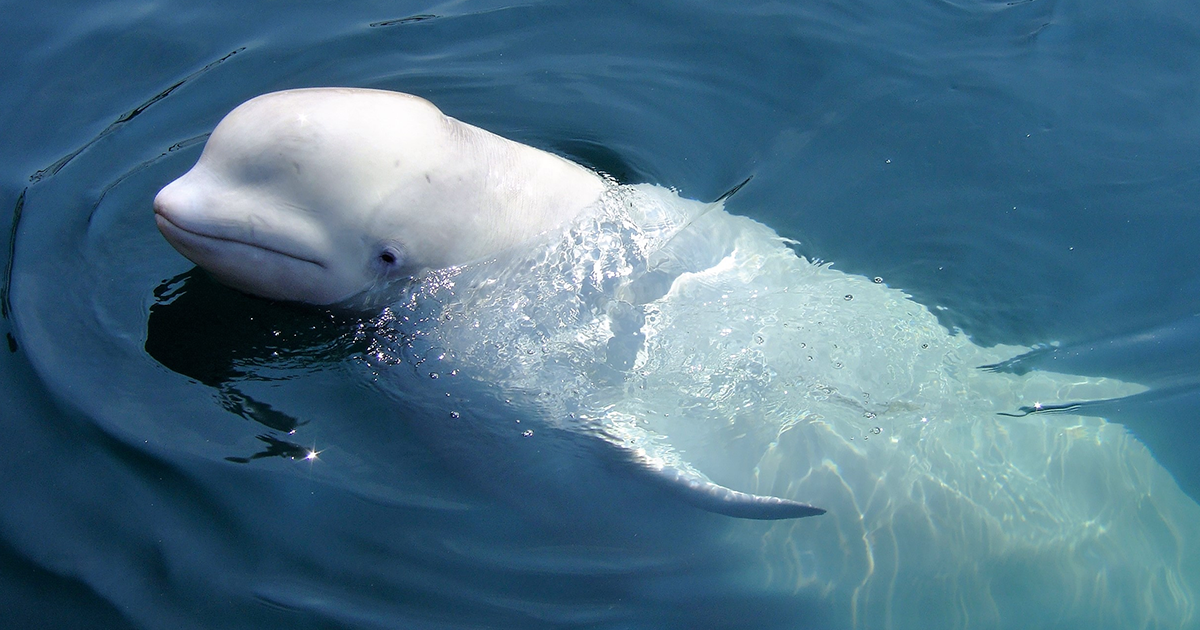 A Man Is Now Claiming He Recognizes the “Russian Spy Whale”

"The whale has been accused of espionage. I see it as my big purpose to defend him."

"The whale has been accused of espionage. I see it as my big purpose to defend him."

Today, an unexpected twist in the whale tale that's captured the world's attention: In April, a group of fishermen in Norway discovered an unusually tame beluga whale wearing a harness seemingly meant to hold a camera. Written on the harness? The words "Equipment of St. Petersburg." Enter speculation that the whale was a Russian spy. Now, a man has come forward to say he...thinks he's seen the beluga before. Acting as a "therapy whale."

The man is Morten Vikeby, a former journalist for Norway’s Fiskeribladet newspaper. He claims that the strange behavior exhibited by the newly discovered whale reminds him of a beluga he saw in 2008 at a Russian diving center where it interacted with children with mental disabilities.

"Maybe it wasn’t the same whale but it acted the same way," Vikeby told The Guardian. "The whale has been accused of espionage. I see it as my big purpose to defend him."

According to The Guardian piece, the owner's reluctance to claim the beluga — if it is indeed a therapy animal and not a spy whale — could have something to do with a recent scandal in Russia centered on the capture of whales for sale to Chinese marine parks.

“The owners may be scared of their bosses," Russian scientist Dmitry Glazov told the newspaper. "They may fear public attention. And they may be scared to make public what they were doing, if it’s a closed organisation with ties to the military."

READ MORE: Mystery of the missing whale: is it a Russian spy or child therapist? [The Guardian]

More on the whale: The Suspected Russian Spy Whale Is Acting Weird