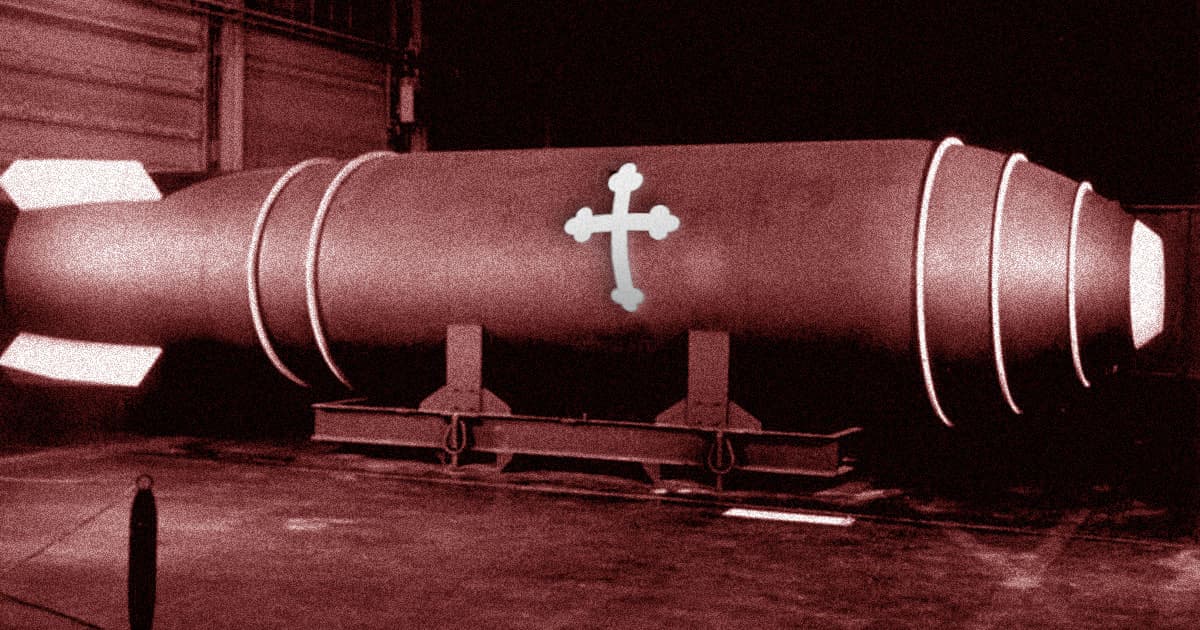 Give us each day our daily nuke.

Give us each day our daily nuke.

A faction of clergy within the Russian Orthodox Church wants to end the eyebrow-raising practice of blessing the country's nuclear missiles.

First of all, yes: Russian priests currently sprinkle holy water on nuclear missiles as part of an old tradition in which Orthodox priests bless soldiers and their weapons, reports Religion News Service. But that may change, as some priests feel that intercontinental ballistic missiles belong in a different category from individual firearms.

The Russian military and the Russian Orthodox church have long worked hand in hand, according to RNS, framing many of the country's military conflicts as holy wars. The nuclear arsenal even has its own patron saint — RNS reports that St. Seraphim's remains were found in a Russian town that housed several nuclear facilities.

As such, the push to stop blessing nukes faces strong opposition among members of the clergy, such as the high-ranking priest Vsevolod Chaplin, who referred to the country's nukes as "guardian angels."

"Only nuclear weapons protect Russia from enslavement by the West," Chaplin once said, per RNS.

One priest, Dmitry Tsorionov, parted from the more militant aspects of the Orthodox Church after seeing men willingly sign up to fight Russia's wars "under the banner of Christ," he told RNS. Now he wants to see less warmongering among the clergy.

"It was not uncommon to see how church functionaries openly flirted with these toxic ideas," he told RNS. "It was only then that I finally realized what the blessing of military hardware leads to."