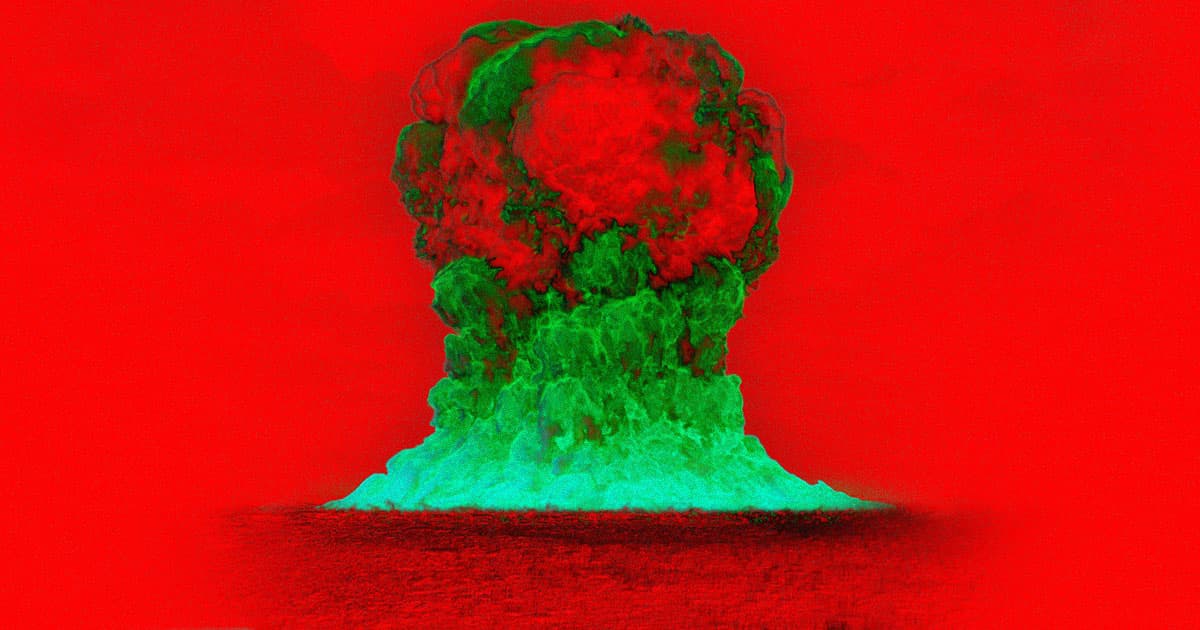 China Promises to Never Use Nukes — Unless Another Country Does First

The Chinese government recently published a white paper outlining the country's nuclear strategy. In the paper, published online last week, the Chinese military outlined how it uses nuclear weapons as a deterrent but clarified that it would never be the one to strike first — and that it would never use nuclear weapons to threaten or attack non-nuclear powers under any circumstances.

The announcement came as a surprise to nuclear experts who spoke to National Interest, as they expected China to take a more aggressive stance in the face of rising tensions with the West.

Comparatively, the U.S. refuses to stick to a similar "no first use" policy. National Interest reports that the Pentagon finds being ambiguous about its nuclear strategies a more effective strategy when it comes to asserting military dominance around the world.

In response, China hasn't made its own policies more aggressive. Instead, it's clarified that its own small nuclear arsenal is capable of returning fire on any country that might attack it first.