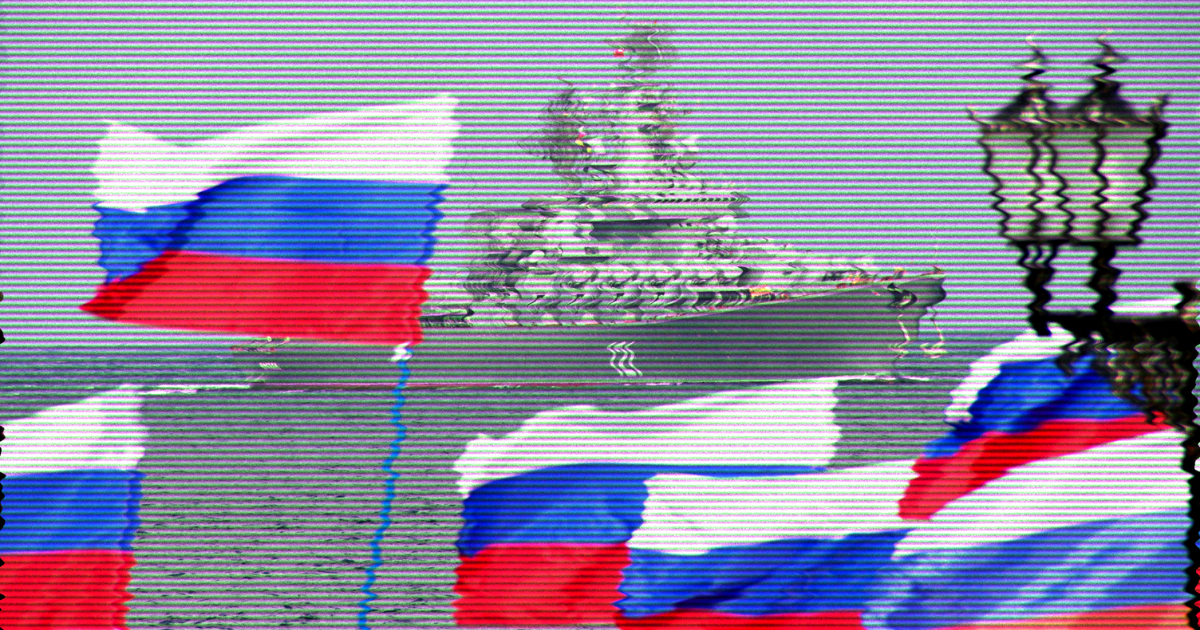 History's most twisted round of "which of these things do not belong" is playing out on the floor of the Black Sea this week because Russia may have lost nuclear weapons when its warship sank there.

Earlier this week reports that a Russian ship had been destroyed circulated in media outlets, followed by President Vladimir Putin's laughable attempt to cover it up. It seems most people in the US saw through officials' statement about the ship catching fire and sinking while being towed to port.

Yesterday the Washington Post reported the Moskva, a guided missile cruiser, was destroyed by Ukrainian missiles.

Speculation about the ship's cargo has taken Twitter by storm, and experts in law and policymaking say they're worried there could've been nuclear weapons on board the Moskva when it went down.

"Russian warship Moskva may have been carrying two nuclear warheads when it was sunk by a Ukrainian missile strike yesterday. Intel and news reports conflicting," lawyer Tristan Snell said on Twitter yesterday. "This is a huge story to watch."

BREAKING: Russian warship Moskva may have been carrying 2 nuclear warheads when it was sunk by a Ukrainian missile strike yesterday. Intel and news reports conflicting. This is a huge story to watch.

According to estimates, Russia currently has somewhere between 5,900 and 6,200 nuclear warheads. The US has 5,500 nukes.

That's important not because Russia has more nukes, but because the US already has too many and we're still getting beat out. Putin has seemingly threatened the US and Europe and so has his head of the space agency Roscosmos.

Given the high number of nukes and the country's violence it's not out of the question to think Russia might be trying to blow something up. Their actions in Mariupol show they have little regard for innocent civilian lives, and if they capture the city Russia's army will have more access to a central location that provides strategic and logistical benefits.

It's hard to say for sure, but it's possible Russia had big plans for the nukes. Now they're sleeping with the fishes.

Space Race Movie Edition
Russia Wants to Be the First to Shoot a Movie In Space
9. 22. 20
Read More
Racing to the "Finish" Line
Russia Says It Has Approved an Untested COVID Vaccine
8. 11. 20
Read More
Governments Keep Trying To Shut Down Messaging Apps, But It Never Works The Way They Hope
5. 1. 18
Read More
+Social+Newsletter
TopicsAbout UsContact Us
Copyright ©, Camden Media Inc All Rights Reserved. See our User Agreement, Privacy Policy and Data Use Policy. The material on this site may not be reproduced, distributed, transmitted, cached or otherwise used, except with prior written permission of Futurism. Articles may contain affiliate links which enable us to share in the revenue of any purchases made.
Fonts by Typekit and Monotype.