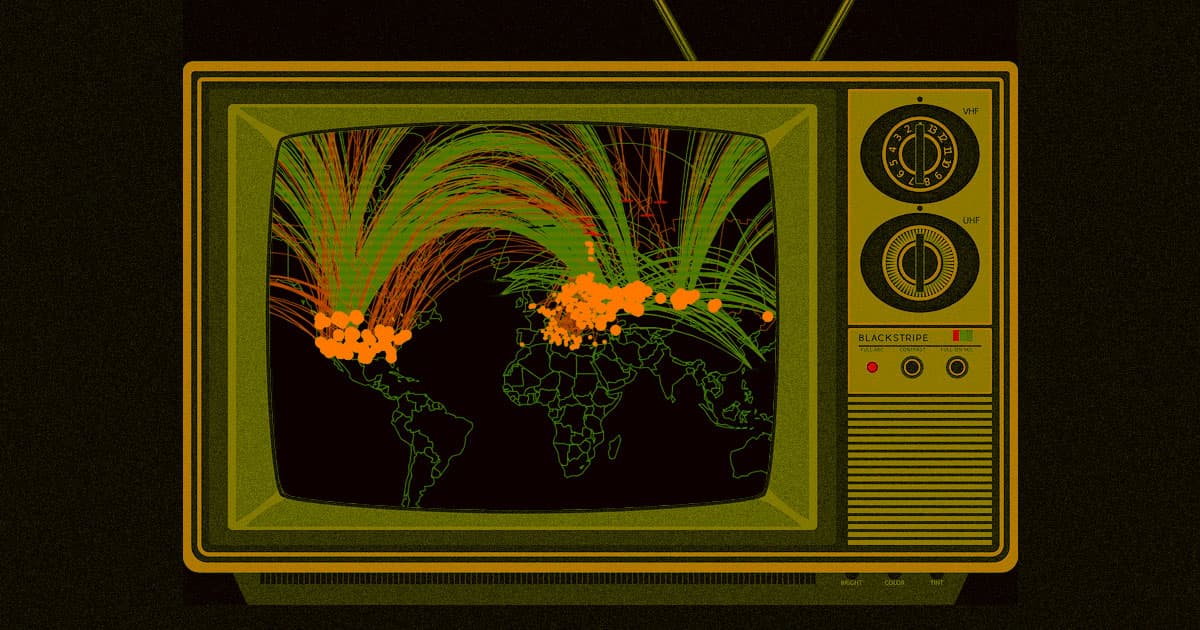 A new simulation by researchers at Princeton University paints a terrifying picture of what a nuclear war between the U.S. and Russia might look like: 90 million "immediate casualties," followed by countless more from fallout and radiation poisoning.

"This project is motivated by the need to highlight the potentially catastrophic consequences of current U.S. and Russian nuclear war plans," reads an official blog post. "The risk of nuclear war has increased dramatically in the past two years as the United States and Russia have abandoned long-standing nuclear arms control treaties."

A four-minute video uploaded by Alex Glaser, co-editor of the journal Science & Global Security, illustrates the horrifying mayhem that would ensue from a war between the U.S. and Russia.

The simulation starts with a single targeted attack from Russia at the border of Germany and Poland. U.S. retaliation and the involvement of NATO members escalates the war within hours, causing over 34 million immediate deaths.

"[The simulation] uses extensive data sets of the nuclear weapons currently deployed, weapon yields, and possible targets for particular weapons [...] to show the evolution of the nuclear conflict from tactical, to strategic to city-targeting phase," reads the blog post.

READ MORE: Even 'Limited' Nuclear War Could Cause 90 Million Casualties in a Few Hours [VICE]

More on nuclear weapons: This Is What Would Happen if the US and Russia Nuked Each Other