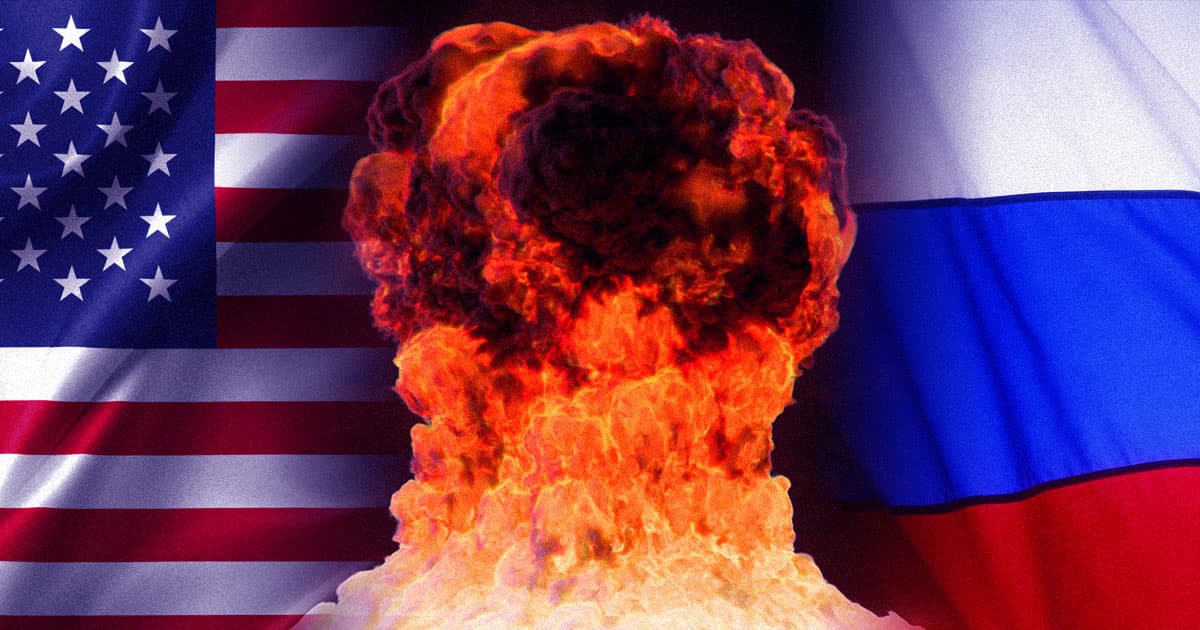 And it's about as bad as you might expect.

And it's about as bad as you might expect.

A team of American climate scientists recently simulated what would happen if the United States and Russia attacked each other with all the nuclear weapons at their disposal — and it's about as bad as you might expect.

According to their study, which was published in the Journal of Geophysical Research: Atmospheres, the attacks would lead to a multi-year nuclear winter. A blanket of soot would cover the entire planet within two weeks of launch, and it wouldn't dissipate for about a decade.

Temperatures would drop by an average of 9 degrees Celsius (16 degrees Fahrenheit) across the globe, the researchers wrote, and it would take around three years for surface light to return to 40 percent of its pre-attack level.

This study is incredibly relevant given the current strain in the U.S.'s relationship with Russia.

Earlier in August, the U.S. backed out of a Cold War-era nuclear treaty after accusing Russia of violating it — a claim Russia denied.

Then, on Sunday, the U.S. tested a missile that would've been banned under that treaty. That act prompted Russian deputy foreign minister Sergei Ryabkov to accuse the U.S. of "fomenting military tensions" in an interview with state-run news agency Tass.

If those tensions escalate to the point that the two world powers do engage in a nuclear war, based on these new simulations, it seems they won't only be assuring their own destruction, but that of the rest of the planet as well.

READ MORE: New Study Outlines The Nuclear Winter We'd Have if US And Russia Blew Up Their Bombs [ScienceAlert]