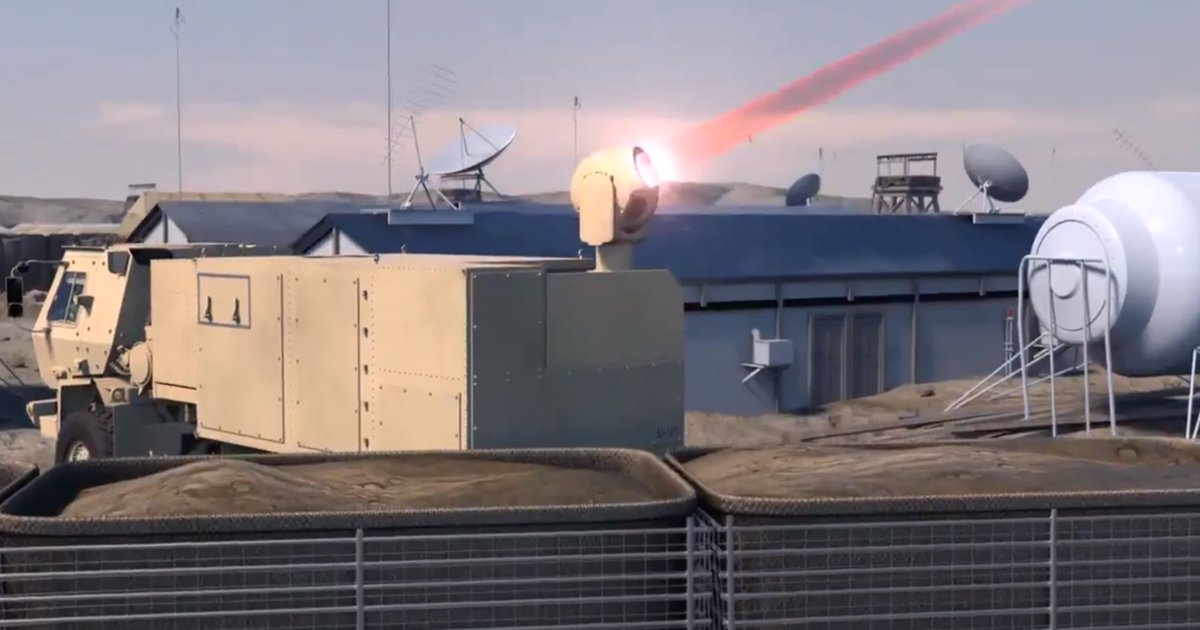 Fastest Gun In The West

This next-gen laser interceptor could shoot down hypersonic nuclear warheads.

This next-gen laser interceptor could shoot down hypersonic nuclear warheads.

A hypersonic missile is able to strike at several times the speed of sound. That's too fast for conventional anti-missile technology, but on Monday Raytheon tweeted out an animated video showing a futuristic laser zapping hypersonic missiles out of the sky.

What can catch a missile moving many times the speed of sound? An interceptor that's as fast as light. See how we're hurtling toward lasers that can stop hypersonic missiles: https://t.co/LqZ8YeBvOU pic.twitter.com/7RyZqy94Q0

Neither hypersonic missiles nor these advanced lasers exist today. But several countries, including the U.S., are working to build hypersonic weaponry. Putting defensive measures in place before the threat exists could prevent devastating missile launches, according to Defence Blog.

There are still a lot of technological hurdles for Raytheon to clear. Today's laser weapons may not be strong enough to stop a hypersonic missile, meaning an anti-hypersonic missile laser would need drastically more power, according to Defence Blog. Meanwhile, it would also need to precisely bullseye a projectile moving several times faster than anything a laser has needed to hit so far.

But if the laser works, it could serve as a deterrent to countries developing nuclear weapons.

"Imagine you're a country that has to invest in a nuclear weapon," Raytheon representative Evan Hunt told Defence Blog, "and then all of a sudden the U.S. comes out with an ability to shoot your nuclear weapon down at cents per shot. I think you could really hurt people's incentive to go that route."

From Our Partners
Defend The Galaxy With 26% Off This Laser Sword
10. 21. 21
Read More
From Our Partners
Learn How Startups Are Launched, Funded, And Grow With This Training
5. 17. 21
Read More
From Our Partners
Launching A New Website? Get A Short, Memorable Domain Name With .TECH
3. 22. 21
Read More
+Social+Newsletter
TopicsAbout UsContact Us
Copyright ©, Camden Media Inc All Rights Reserved. See our User Agreement, Privacy Policy and Data Use Policy. The material on this site may not be reproduced, distributed, transmitted, cached or otherwise used, except with prior written permission of Futurism. Articles may contain affiliate links which enable us to share in the revenue of any purchases made.
Fonts by Typekit and Monotype.