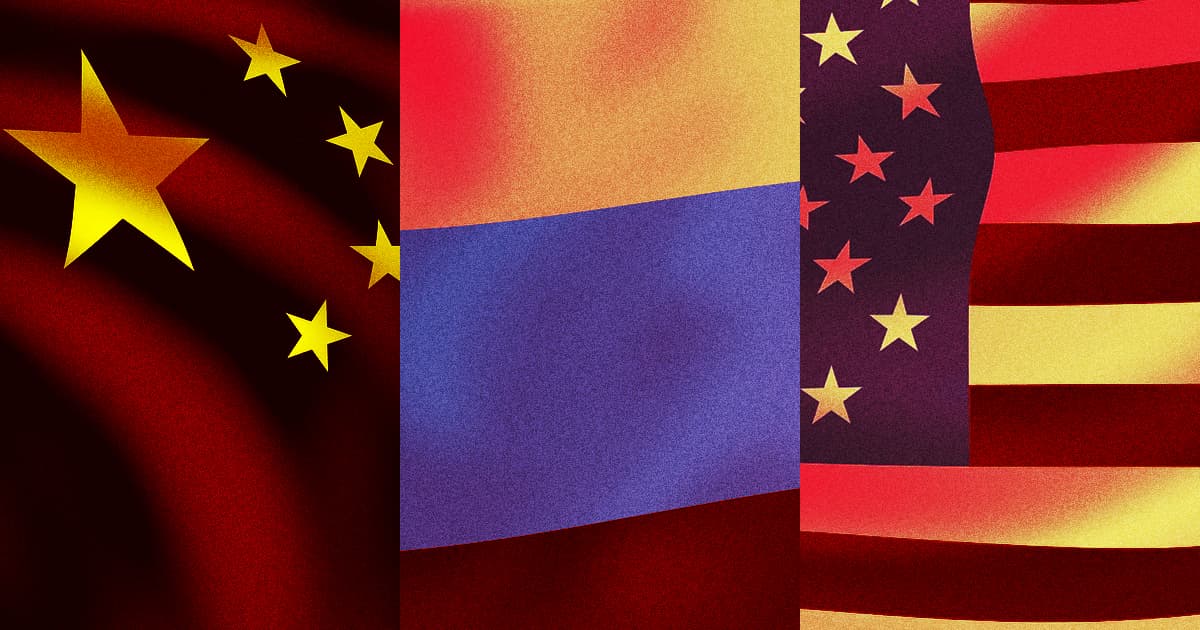 US Admiral: "Real Possibility" of Nuclear War With China, Russia

He says the US is closer to a major war than at any point since the height of the Cold War.

He says the US is closer to a major war than at any point since the height of the Cold War.

United States Navy admiral Charles Richard, who serves as commander of the United States Strategic Command, has a dire warning for the coming years. He says that nuclear war with China, Russia, or both is a "very real possibility."

Richard argues that the US military needs to rethink its approach to mitigating and managing conflict with other powerful countries. After two decades of conflict against groups that don't have nuclear weapons, Richard wrote in the U.S. Naval Institute's Proceedings, the US "has grown accustomed to ignoring the nuclear dimension."

In other words, he's saying, there are still thousands of nuclear warheads out there — and their potential for catastrophic destruction remains.

Richard argues that recent escalations, such as military development in space or cyberattacks likely launched by state-backed hackers like the SolarWinds hack, put the world closer to the brink of major war than it's been since the height of the Cold War. And since these escalations include nuclear powers, Richard feels that the threat of nukes being used remains ever-present.

"These behaviors are destabilizing, and if left unchecked, increase the risk of great power crisis or conflict," he wrote.

The issue, Richard suggests, is that there's only so much room for escalating tensions among the US, Russia, and China before nuclear weapons enter the discussion — and the US needs to be more prepared for that situation.

"There is a real possibility that a regional crisis with Russia or China could escalate quickly to a conflict involving nuclear weapons, if they perceived a conventional loss would threaten the regime or state. Consequently, the U.S. military must shift its principal assumption from “nuclear employment is not possible” to “nuclear employment is a very real possibility,” and act to meet and deter that reality."

More on nuclear weapons: US Report Confirms Russia Is Developing the World’s Most Powerful Nuclear Weapon

4 Astounding Things About Russia's (Supposed) New Weapons
3. 2. 18
Read More
Experts Weigh in on the U.S. Government's Plans to Loosen Nuclear Weapon Constraints
1. 22. 18
Read More
International Campaign to Abolish Nuclear Weapons Receives 2017 Nobel Peace Prize
10. 6. 17
Read More
+Social+Newsletter
TopicsAbout UsContact Us
Copyright ©, Camden Media Inc All Rights Reserved. See our User Agreement, Privacy Policy and Data Use Policy. The material on this site may not be reproduced, distributed, transmitted, cached or otherwise used, except with prior written permission of Futurism. Articles may contain affiliate links which enable us to share in the revenue of any purchases made.
Fonts by Typekit and Monotype.