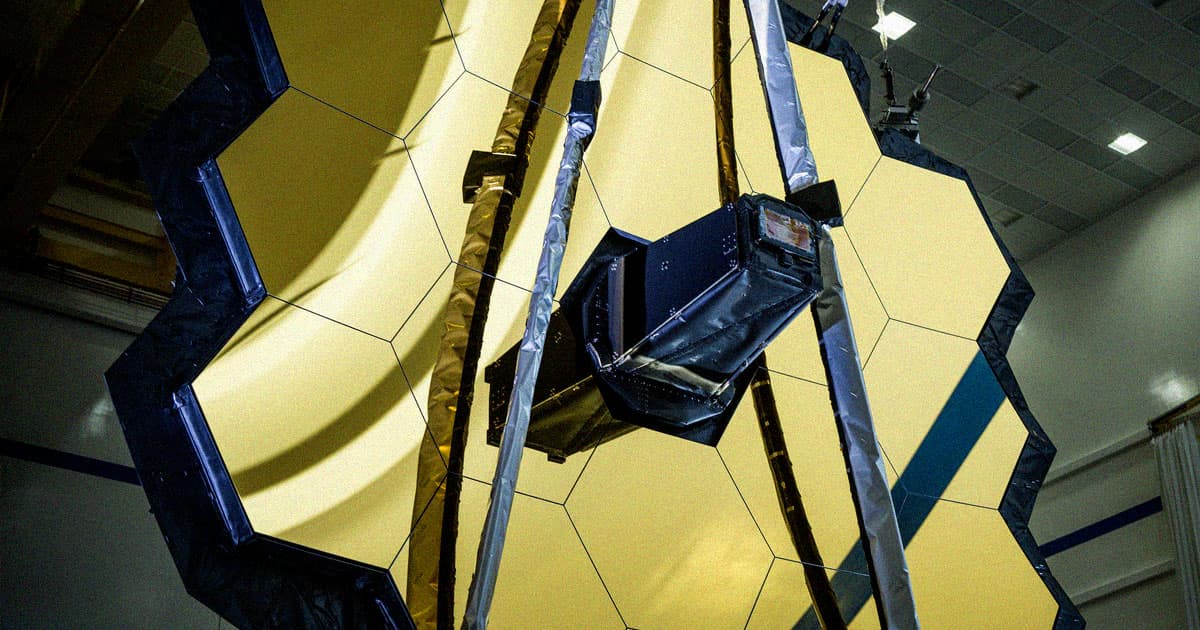 The James Webb Space Telescope is getting closer to kicking off scientific operations — and its numerous mirror segments are almost perfectly lined up.

A new composite image shared by NASA on Thursday shows the telescope honing in on a distant star with its many mirrors.

The image is "stacked" to demonstrate how the observatory's 18 mirror segments are almost perfectly aligned, all pointing at the same target.

In a statement released on Friday, NASA noted that the JWST team has "successfully worked through the second and third out of seven total phases," meaning the mirror alignment process is roughly halfway done.

The goal is to stack the mirrors' reflections to produce a single, incredibly high-definition image of a star, a tantalizing prospect scientists have been waiting for for decades.

.@ESA_Webb @NASAWebb now sees a single point of light (not the 18 different points corresponding to the 18 segments of its primary mirror) when looking at a star. But the refinement goes on. Not quite finished tuning just yet. pic.twitter.com/2IudgMRv90

But the team isn't there just yet.

"We still have work to do, but we are increasingly pleased with the results we’re seeing," Lee Feinberg, the telescope's optical telescope element manager said in the statement. "Years of planning and testing are paying dividends, and the team could not be more excited to see what the next few weeks and months bring."

So far, previous photos publicized by the JWST team have shown the same star reflected 18 times by each of the telescope's mirrors — a dazzling kaleidoscope effect, but not the final product.

The steady drip of news and images from the JWST has almost made up for the wait, and we're waiting with bated breath for the next update.