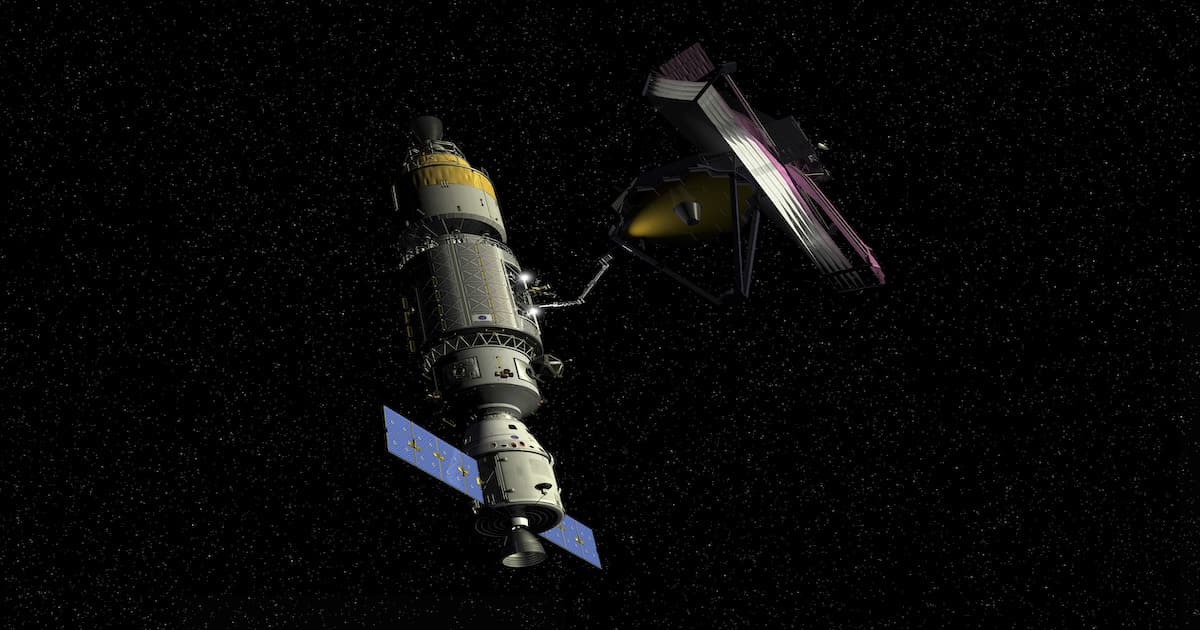 The massive sunshield protecting the James Webb Space Telescope from the Sun's heat is four days into unfurling, and should be fully deployed by the end of this week.

The telescope is the "largest and most technically complex space science telescope NASA has ever built," the organization said in a previous statement. Launched on Dec. 25, the project required collaboration between NASA, the European Space Agency, and the Canadian Space Agency. The telescope, which took decades to develop and build, is supposed to observe deep space and orbit the Sun.

On Jan. 1, NASA said a slight delay had pushed the original deployment completion date of Jan. 2, but that full deployment should only take another couple of days. Because of its proximity to the Sun, Webb will need the massive sunshield to protect itself from heat and harmful rays.

"The temperature is roughly 600 degrees Fahrenheit less on the cold, shaded side of the observatory than it is on the hot, sunlit side," NASA said in a statement.

The sunshield has five layers, each cooler than the last. It's made of a lightweight material with special thermal properties called Kapton.

Webb fans can keep track of the sunshield's progress on NASA's site, or look forward to the next phase of the telescope's mission, which will shift to Webb's primary and secondary mirrors, both of which are scheduled to be deployed by Jan. 7.

According to Space.com, it'll still be months after the sunshield and mirrors are deployed before the telescope begins observing the early universe and deep space. Regular science operations on the $10 billion project are expected to begin in late June or early July.

Among other discoveries, some researchers expect the Webb to confirm whether supermassive stars are the origins of supermassive black holes, and are hoping to capture an extreme supernova later this year. It may also be used to observe distant, harsh planets to learn more about the universe. Some scientists even believe it's likely the telescope will detect evidence of alien life.

With such a hefty price tag we hope the telescope lives up to NASA's wildest dreams — but it'll be a while yet before there's any evidence of its success.

More on the James Webb telescope: A Telescope 100x Stronger Than Hubble Will Unveil Parts of the Cosmos We've Never Seen

Read This Next
Putting Things In Perspective
Amazing Artemis Photo Shows Every Human, Alive or Dead, Plus the Moon
Fighting Words
Retired NASA Astronaut Scott Kelly Dishes on Ukraine, Russia, and Moon Mission
Psychological Warfare
Experts Excoriate NASA Report Claiming James Webb Wasn't Homophobic
Big Impact
Meteorite Hit Mars So Hard NASA Thought It Was a Quake
Failure to Launch
Lawsuit Accuses NASA of Widespread Racial Discrimination
More on Off World
Martian Oases
Yesterday on futurism
Scientist Proposes Growing a Forest Inside a Bubble on Mars
Appetite for Dest...
Thursday on the byte
Black Hole In "Hyper-Feeding Frenzy" Chews Through Stars and Shoots Its Leftovers Towards Earth
Lunar RGB
Wednesday on the byte
NASA Shows Off Artemis "Party Mode," Powered by Amazon (TM) Alexa (TM)
READ MORE STORIES ABOUT / Off World
Keep up.
Subscribe to our daily newsletter to keep in touch with the subjects shaping our future.
+Social+Newsletter
TopicsAbout UsContact Us
Copyright ©, Camden Media Inc All Rights Reserved. See our User Agreement, Privacy Policy and Data Use Policy. The material on this site may not be reproduced, distributed, transmitted, cached or otherwise used, except with prior written permission of Futurism. Articles may contain affiliate links which enable us to share in the revenue of any purchases made.
Fonts by Typekit and Monotype.