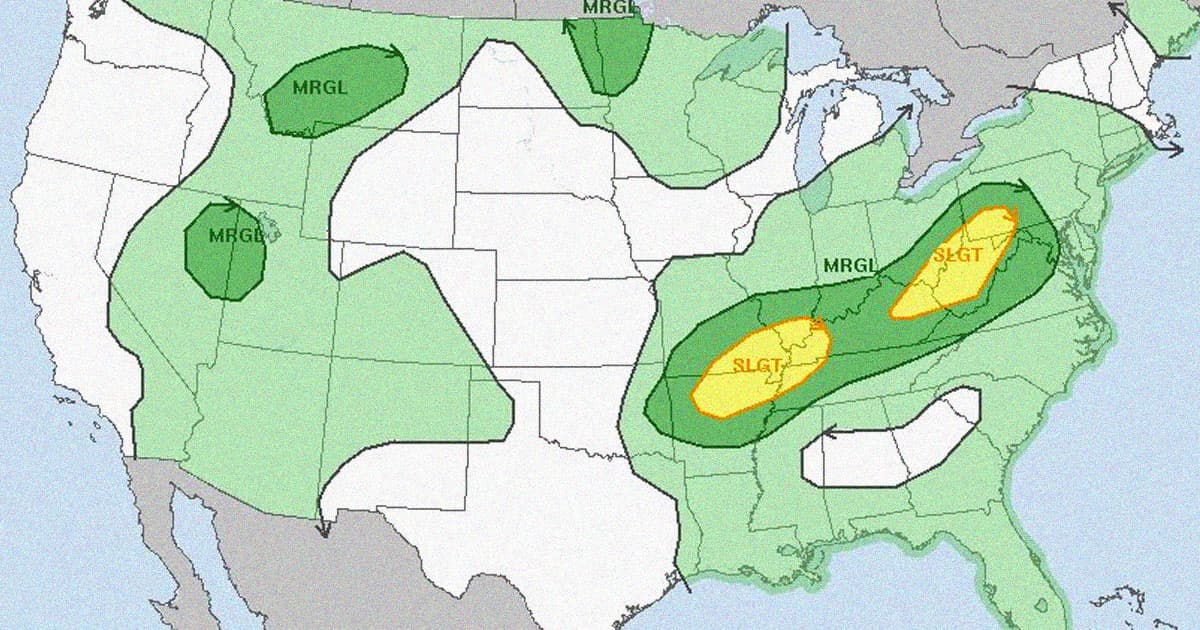 They're lean, green, and mean — not to mention an incredible team. They're the Teenage Mutant Ninja Turtles, and over the weekend, one of them apparently rolled right over large swaths of the US — according to predictive radar of a summer storm system, at least.

On Sunday, the National Weather Service's Storm Prediction arm tweeted a photo of a prognosticated weather pattern covering much of the Gulf and East coasts. And ever-watchful Twitter users pointed out, the satellite imagery bore a striking resemblance to the masked members of the fictional crime-fighting turtle clan.

Naturally, comical Twitter fan fiction abounded shortly thereafter. As one user wrote: "Donatello: 'Hey Leo, I think Michelangelo has been messing around with the weather machine I invented.'"

Sadly, the unidentified mutant reptile in question appeared to melt later on.

As you can see, there is a large Teenage Mutant Ninja Turtle making its way across the eastern Atlantic seaboard. https://t.co/gZJuvMIkr2

It's been a horrific few weeks for climate news. Global temperatures and resulting wildfires are threatening lives, livelihoods, and infrastructure worldwide, and amid these devastating climate catastrophes — which are likely just the beginning — the UN's secretary general ominously warned that humanity has a choice: "collective action, or collective suicide."

Incredibly grim. Alas, though our terrapin champion may have splintered off, it was fun while it lasted. We'll take any lighthearted weather news where we can, and we can only hope that the next time we're standing in the eye of a storm, it just so happens to be the eye of the turtle.