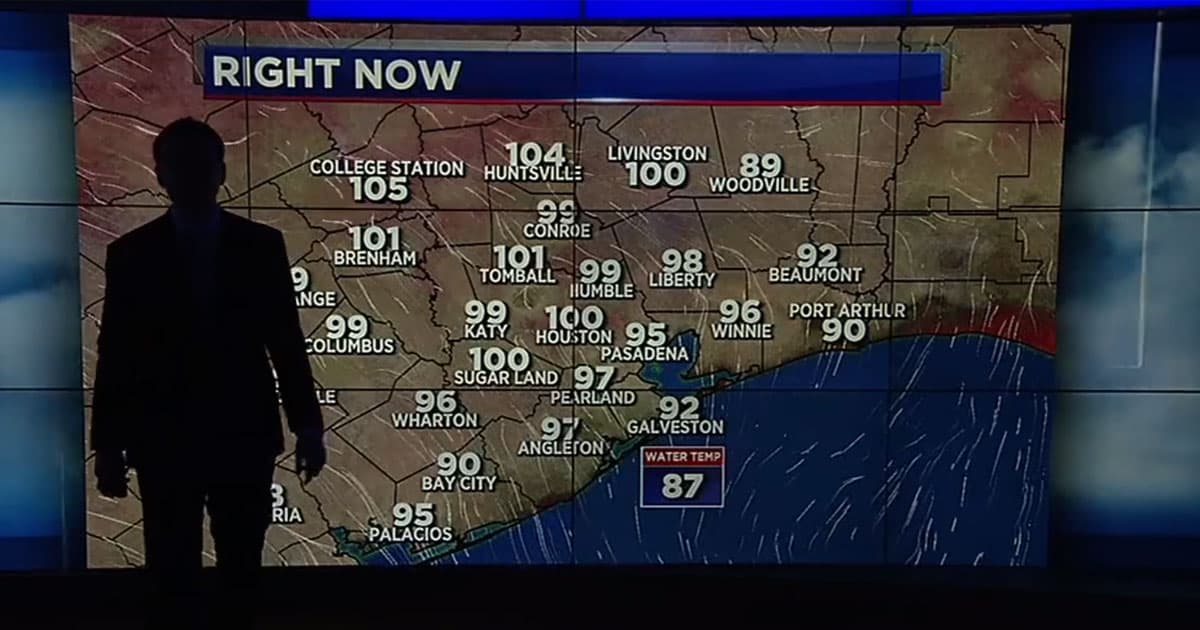 Studio Power Goes Out While Weatherman Warns About Rolling Blackouts

They say timing is everything.

A Houston weatherman was caught by surprise this week when, while attempting to warn fellow Texans that the state's ongoing heat wave might cause widespread power outages, the studio's electricity suddenly shut off.

Luckily, the power was only out for a few minutes, and the studio's backup generator kept the cameras rolling. Still, the ironic clip highlights the extremity of the region's high temps — nature's not always convenient, but it definitely knows how to make a point.

"And to be clear, we're not sure why the power went out temporarily in our building," weatherman Travis Herzog clarified. "What I can tell you is that grid conditions are getting *really* tight. Hopefully we can get through this with the lights and A/C ON!"

That moment you're on live TV talking about the hot weather in Texas that could lead to rolling blackouts...and then the power goes out. 😳 pic.twitter.com/R2lkgxyKHi

The Lone Star state is seriously scorching right now. Some regions are on track to record their hottest seasons ever on record, and experts are warning that the climate change-induced conditions will likely exacerbate the state's worsening drought.

The weather is so bad, in fact, that even bitcoin miners — known for generally not having a care in the world about the environment — voluntarily shut down Texas operations.

The New York Times reports that the brutal heat, which is also affecting large parts of the Midwest, will likely intensify next week. And unlike the news studio, not everyone has a generator — here's hoping that the power grids stay intact.

Brands We Love
This Captivating Board Game Lets You Build a Planet From Scratch
8. 23. 21
Read More
From Our Partners
Turn Any Space Into A Unique Art Experience With These Interactive Clouds
4. 28. 21
Read More
Brands We Love
Soundtrap by Spotify Lets You Record, Edit, and Collaborate From Anywhere in the World
4. 12. 21
Read More
+Social+Newsletter
TopicsAbout UsContact Us
Copyright ©, Camden Media Inc All Rights Reserved. See our User Agreement, Privacy Policy and Data Use Policy. The material on this site may not be reproduced, distributed, transmitted, cached or otherwise used, except with prior written permission of Futurism. Fonts by Typekit and Monotype.