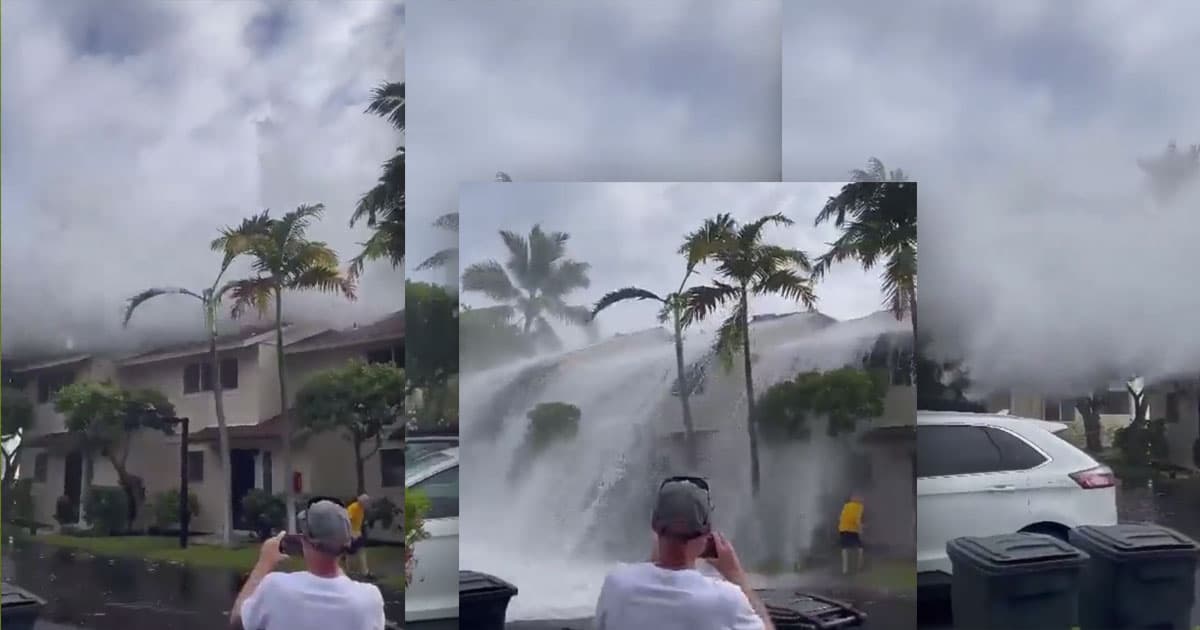 "My condo was hit the first time and flooded everything."

"My condo was hit the first time and flooded everything."

While Europe is sweltering due to a deadly heat wave, other parts of the globe are grappling with the devastating effects of climate change in different ways.

Take a shocking new video that shows a massive tidal wave sweep over the top of a two-story condo in Hawaii, amid what the National Weather Service (NWS) is referring to as a "historic" ocean surf.

"The current and waves got really big around 4 to 5 pm and didn’t calm down until around 10:45 pm," Isabella Sloan, a local resident who recorded the video, told Hawaii News Now. "My condo was hit the first time and flooded everything. Condos down the way from mine were completely wiped out and damaged really badly. Thankfully, everyone is safe."

Waves were expected to reach up to 20 feet high for the islands' south facing shores, according to the NWS.

"The thing about sea level rise is that it won’t rise level," tweeted Kaniela Ing, a campaign director and former legislator in Hawaii. "It’ll be punctuated by dramatic events like these. But exponentially more frequent and intense than it is now. Within our lifetimes."

Unreal footage of waves crashing OVER the Keauhou Kona Surf & Racquet club. Details on what happened there, tonight on our KITV news at 5 and 10pm. @kitv4

A separate video shows a oceanfront wedding reception get completely washed out by another wave. Fortunately the "cake luckily made it," attendant Dillon Murphy told KHON.

Several stretches of highways had to be closed due to the relentless waves. Lifeguards had to make at least 219 rescues across Oahu shores, according to Hawaii News Now.

"It’s not a time to just go and play," Kurt Lager, acting chief of operations for Honolulu Ocean Safety, told the broadcaster. "It’s going to be a serious south swell with a lot of water moving."

But that's likely not going to stop surfers from riding some seriously massive waves.

"As far as surfing, it’s a day for people who are experienced and know what they’re doing," Lager added.

"It was gnarly," one surfer told Hawaii News Now. "It was absolutely crazy."

More on climate change: Texas Gets So Hot That Crypto Miners Call It Quits