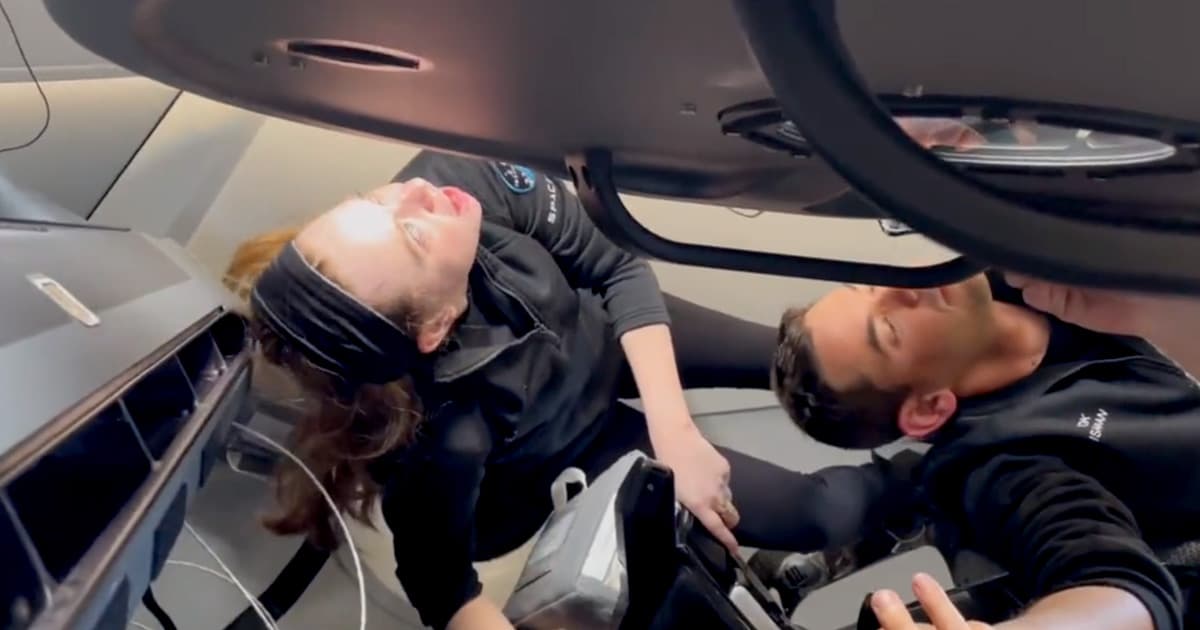 After much waiting, we're finally getting to some of the footage recorded during last week's historic all-civilian flight into orbit.

SpaceX tourist and science communications specialist Sian Proctor shared a video of a truly precious moment: the first time the Inpsiration4 crew got to open the hatch to the Crew Dragon's massive glass dome — a "true highlight of the Inspiration4 mission," according to Proctor.

The moment when me and my amazing crew, @rookisaacman, @ArceneauxHayley, @ChrisSembroski opened up the @SpaceX cupola for the first time, a true highlight of the @inspiration4x mission. Make sure you tune into Countdown on @netflix to see more epic moments from space! @TIME pic.twitter.com/AKmturr9Du

To foster a more compelling tourism experience, SpaceX decided to replace the Crew Dragon's docking module, normally used to dock with the International Space Station, with a massive glass dome or "cupola."

About 20 minutes into last week's launch, the crew got to open the hatch for the first time — and the video speaks for itself. Cancer survivor and crew member Hayley Arceneaux appears to be speechless at the sight towards the end of the movie.

The crew also decided to play "Also sprach Zarathustra," composed in 1896 by Richard Strauss, while opening the hatch. The piece was famously used in the sci-fi epic "2001: A Space Odyssey."

So there we have it, folks: the best advertisement SpaceX could possibly ask for for its space tourism business. Let's just hope they sort out that toilet problem for next time.