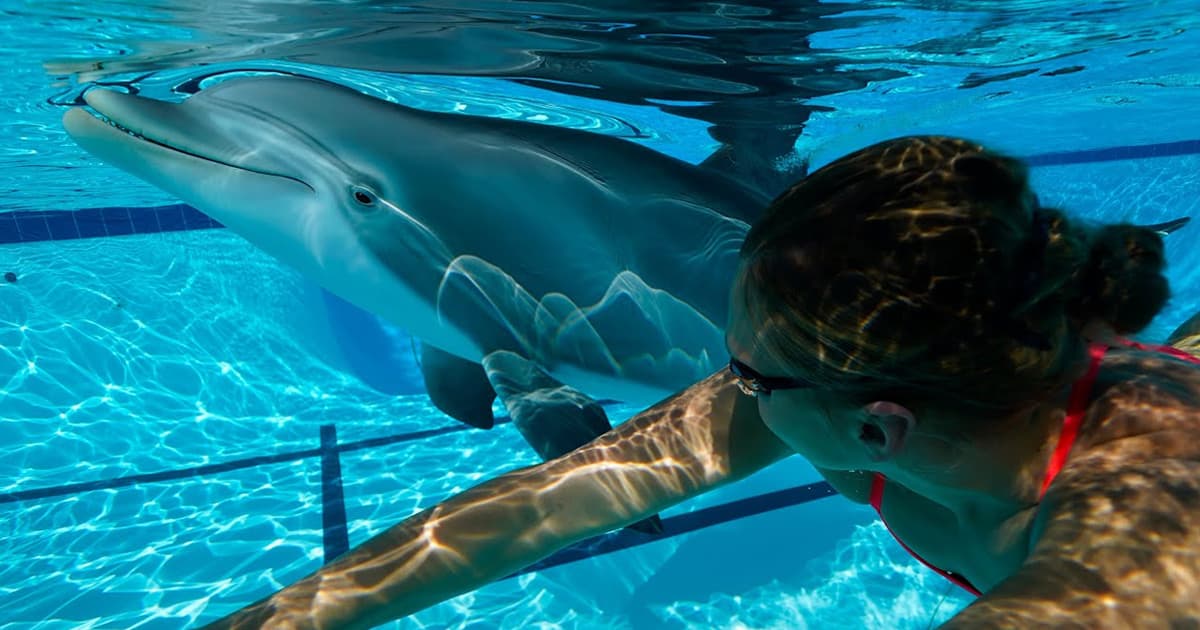 The company is hoping to one day replace sea life imprisoned in depressing Seaworld-style attractions with animatronic ones.

"There are like 3,000 dolphins currently in captivity being used to generate several billions of dollars just for dolphin experiences," founder and CEO Walt Conti told Reuters. "And so we want to use that appetite and offer kind of different ways to fall in love with the dolphin."

The animatronic dolphin is made from medical-grade silicone, stretches 8.5 feet and weighs about 550 pounds.

The company is drawing from decades of experience — it's previously built animatronics for Hollywood blockbusters including "Free Willy" and "Deep Blue Sea."

Edge Innovations envisions the dolphin as part of a hands-on educational experience for children and parents.

"Version 2.0 of the dolphin, the one featured in the more recent pilot video [embedded above], has enough AI to be able to do a shallow dive, remain appropriately buoyant, return to the surface, lift its blowhole to simulate taking a breath, and also to be able to realistically complete turns," Roger Holzberg, a former creative director at the Walt Disney who partnered with Edge to work on the dolphin, told Syfy Wire earlier this year.

The next version, Version 3.0 which is currently in development, will have enough battery power to swim for 10 hours without a recharge, he said.

READ MORE: The robot dolphin that could replace captive animals at theme parks one day [Reuters]

Crush Depth
Debris Found From Missing Submarine, All Crew Presumed Dead
4. 24. 21
Read More
Mini-Brain in the Cell Membrane
This Startup's Computer Chips Are Powered by Human Neurons
4. 1. 20
Read More
War Machine
Russia Is Planning A "Ground Force" of Armed Military Robots
3. 21. 19
Read More
+Social+Newsletter
TopicsAbout UsContact Us
Copyright ©, Camden Media Inc All Rights Reserved. See our User Agreement, Privacy Policy and Data Use Policy. The material on this site may not be reproduced, distributed, transmitted, cached or otherwise used, except with prior written permission of Futurism. Articles may contain affiliate links which enable us to share in the revenue of any purchases made.
Fonts by Typekit and Monotype.