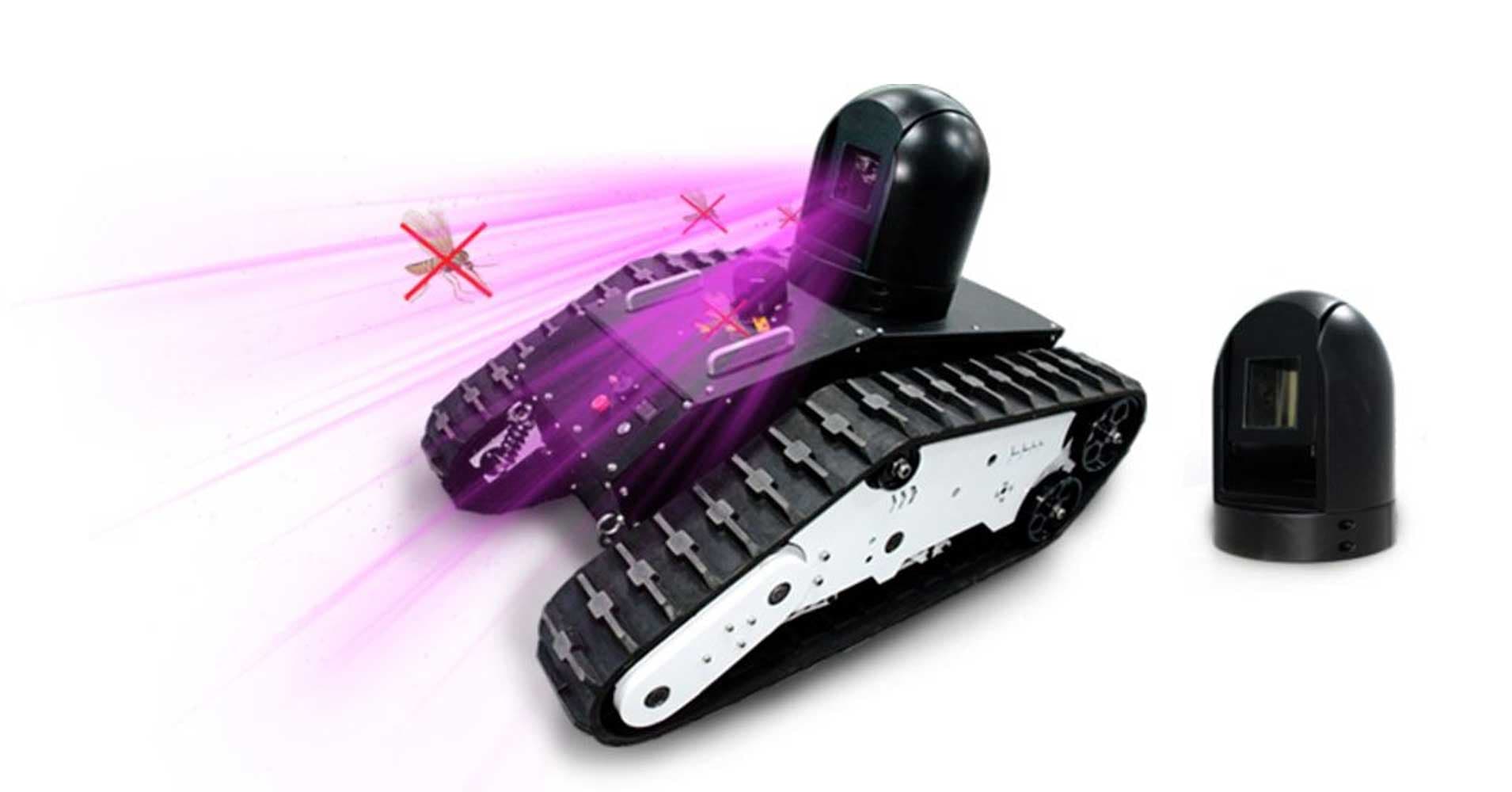 I KNOW NOW WHY YOU CRY

A Toy-Sized, Laser-Wielding Robot Is Here to Kill Mosquitoes

Let's hope its aim is good.

Let's hope its aim is good.

The robot uprising is starting small.

One day, Terminator-style killer robots might stamp us out like cockroaches. For now, a new bot called the “Laser Movable Mosquito Killer Robot,” created by Chinese robotics company LeiShen Intelligent, does exactly what its name suggests: blasts mosquitoes out of the air with a laser turret.

The robot navigates like any other household bot, but comes equipped with a bug-frying laser, according to Quill or Capture. The company says it can kill up to 40 mosquitoes per second. That seems unbelievably high, but maybe it's saying that the laser could carve a path through the swarm if the air was literally filled the little buggers.

LeiShen Intelligent also swears the weaponized laser is totally human-safe, which sounds exactly like what killer robots would want us to believe — if you catch my drift.

Take the Fight to Them

As LeiShen Intelligent’s flowery description tells it, the bot could be used to help fight the spread of disease.

In the past thousands of years that are written in history, human’s fight against mosquitoes have never ended with our victory. But with the invention and later-application of these laser mosquito killer products, history is there to be changed. Diseases like malaria, dengue fever and zika that [are] caused by mosquito bites will get controlled a great deal.

While the idea of a weaponized bug zapper darting around your feet might be unsettling, we’re happy to hear that these little laserbots are fighting on our side.

More on autonomous weapons: Five Experts Share What Scares Them the Most About AI