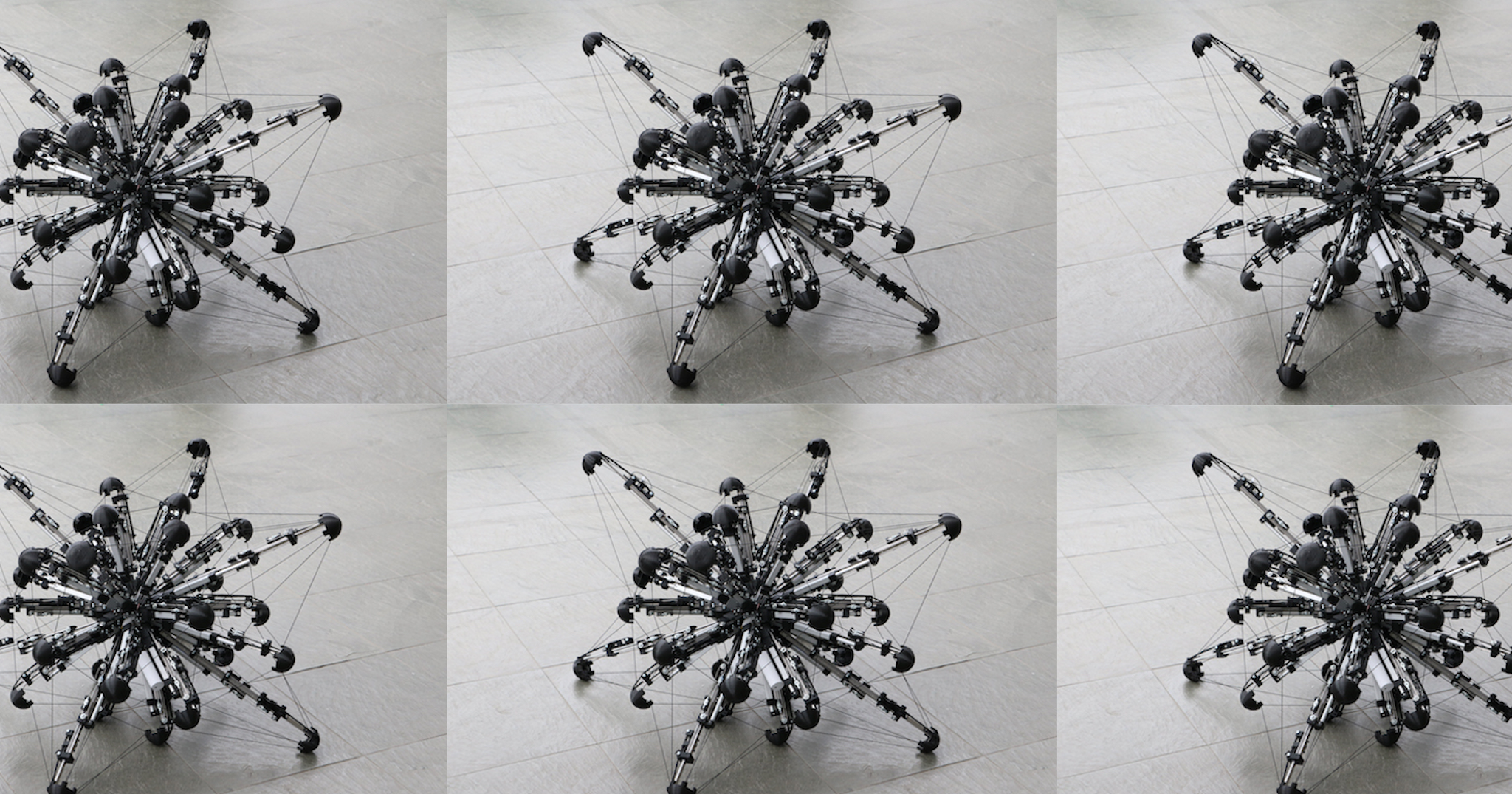 One day, it could help us explore foreign planets.

One day, it could help us explore foreign planets.

We've seen robots that hop on one leg, saunter like bipedal humans, and mimic our quadrupedal furry friends

But a bot with 32 legs? That's something we hadn't seen before. Now here's Mochibot, on the scene to do exactly that.

The team of Tokyo-based researchers behind this spherical bot presented their creation at the 2018 International Conference on Intelligent Robots and Systems on October 3.

Each of Mochibot's 32 legs can extend to a length of about 39 inches or retract until it's just about 10 inches long. To move in one direction, the bot simply retracts the legs currently touching the ground on that side of itself while extending the legs "behind" it.

Gravity takes over, and the bot rolls in the desired direction. When it wants to stop, it flattens itself out by adjusting its "bottom" feet. Basically, you have to see it to believe it:

This design might look odd, but it's actually really clever. If one of Mochibot's many legs breaks, NBD — it has 31 others. The bot's center could also house any number of cameras or sensors to expand its capabilities, according to IEEE Spectrum.

Finally, because the length of each of Mochibot's legs is adjustable, it can maintain its footing on uneven surfaces such as rubble from a collapsed building or the rocky landscape of a planet or moon.

So, while Mochibot might not look as cute as one of those canine-inspired bots we've seen making the rounds, it could actually prove far more useful.

More on robots: Glimpse: Man’s Best Friend, Forever? We May Love Robot Dogs as Much as the Real Thing