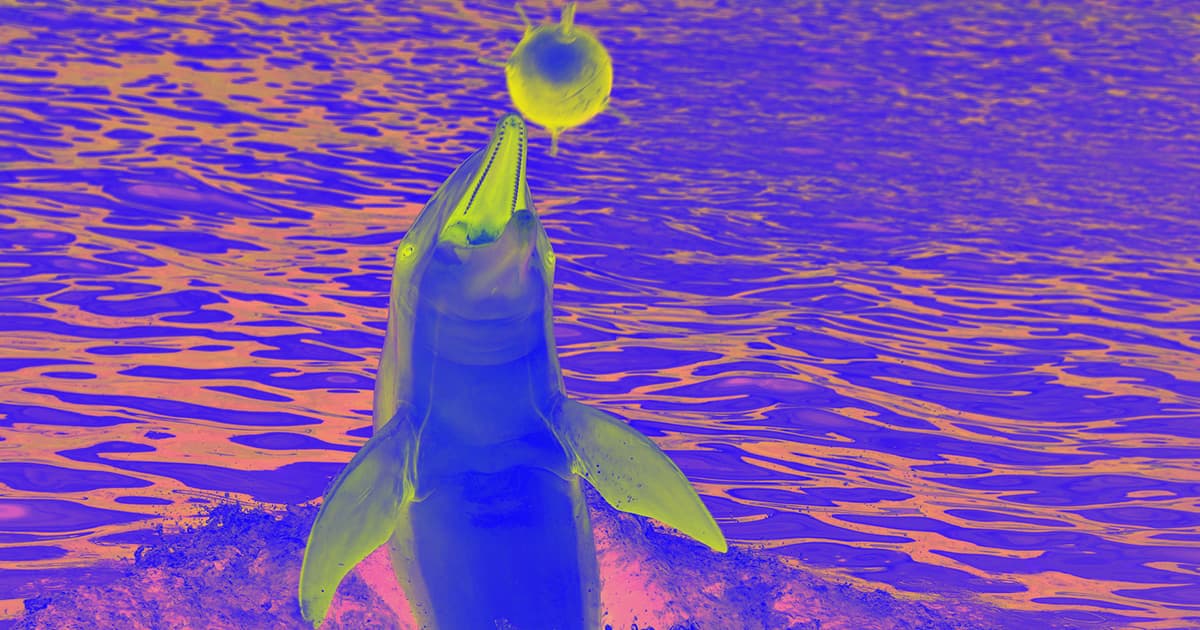 Yeah, it sounds like a hoax. But an Air Force spokesperson confirmed the photos are real.

Yeah, it sounds like a hoax. But an Air Force spokesperson confirmed the photos are real.

Photos emerged this week, on social media, of dolphins loaded into a military transport jet — chilling, like blocks of tofu, in shallow tubs of water.

Yeah, it sounds like a hoax. But a spokesperson for the Air Force's 60th Air Mobility Wing confirmed to military blog Task & Purpose (or should we say "Task & Porpoise) this week that the photos are legit — and that the bottlenose dolphins are part of a crack squad trained to detect underwater explosives.

The Navy has been training dolphins and sea lions to detect underwater mines and since the 1960s.

"Mines and other potentially dangerous objects on the ocean floor that are difficult to detect with electronic sonar, especially in coastal shallows or cluttered harbors, are easily found by the dolphins," reads a Navy web page about the program.

The dolphins shown in the photo, a spokesperson for the Naval Information Warfare Systems Command told Task & Purpose, were headed to a Naval station in Florida "to maintain their mobile mine hunting capabilities."

The Navy says the dolphins are well taken care of — they're transported in fleece-lined tanks, it says on an info page, and the flights are overseen by trained veterinarians.

More on dolphins: The Language of Dolphins Could Be Translated by 2021