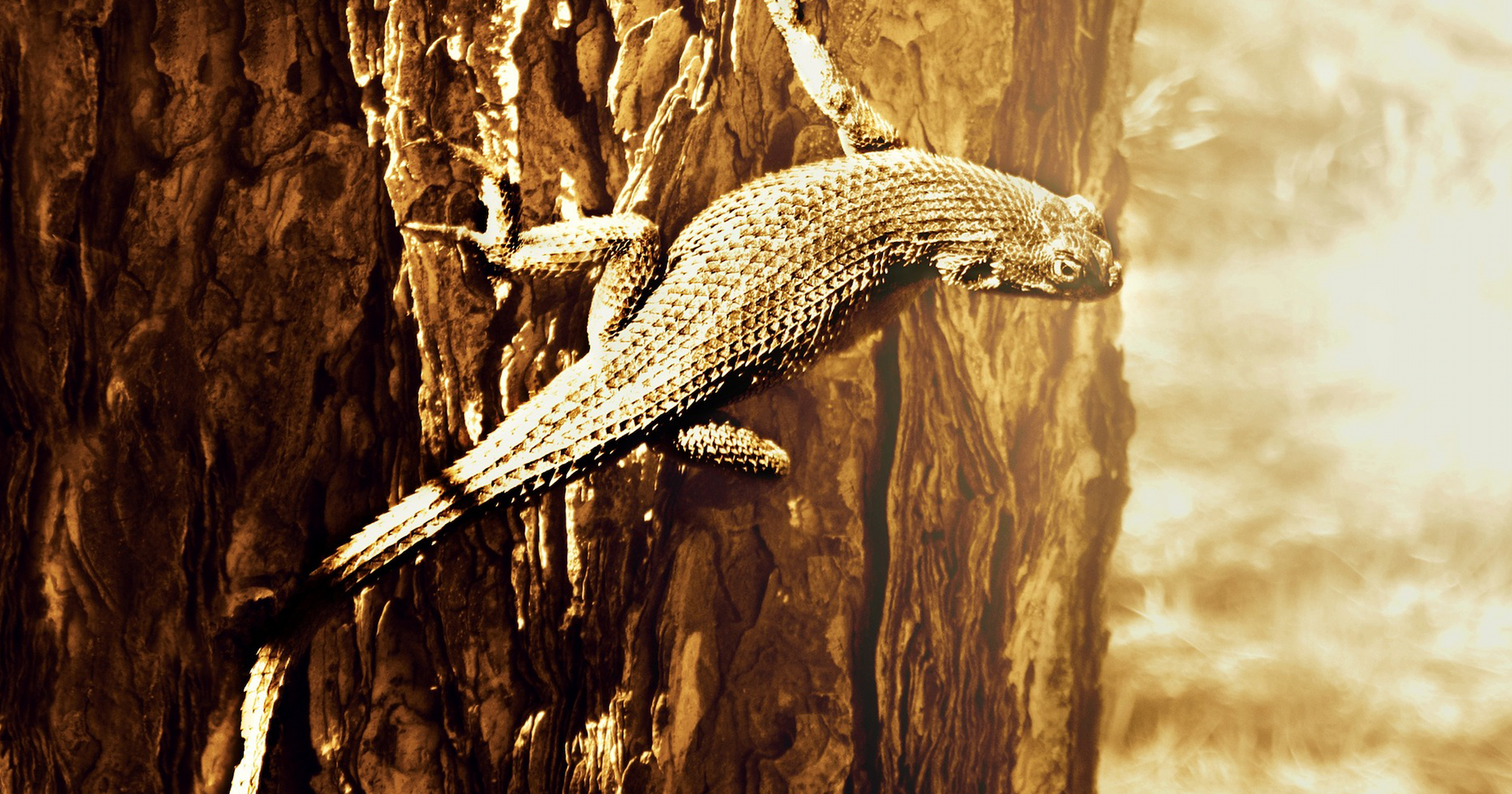 Tails help bipedal lizards navigate obstacles more easily. Maybe they could do the same for robots.

Tails help bipedal lizards navigate obstacles more easily. Maybe they could do the same for robots.

It's not every day that a single study tells us something unexpected about lizards and robots, but such is the case for a new research project out of Australia.

Researchers from several Aussie universities teamed up to study eight species of Australian lizards that run on two legs. They determined that we may have been wrong about why lizards move that way — and concluded that we might want to consider giving robots lizard-like tails to help with the bots' own bipedal movement.

For their study, published Tuesday in Journal of the Royal Society Interface, the researchers used a slow motion camera to record the lizards as they ran along a horizontal racetrack. To keep tabs on the lizards' body positions, the researchers tagged nine locations, including the tops of the lizards' heads and their tails, with Liquid Paper. They then analyzed the footage using custom-built software.

"There was an existing understanding that the backwards shift in these lizards' centre of mass, combined with quick bursts of acceleration, caused them to start running on two legs at a certain point," researcher Nicholas Wu said in a press release. "It's just like a motorcycle driver doing a 'wheelie.' What we found, though, is that some lizards run bipedally sooner than expected, by moving their body back and winging their tail up."

That means the lizards consciously choose to run on two legs — the laws of physics don't just force them to. The researchers have a couple of ideas for why the reptiles might make this decision. It might, for instance, help the animals navigate obstacles.

They also think we would be wise to look to these lizards as we consider future robot designs.

"If obstacle negotiation is indeed improved with bipedal locomotion, then we have shown how the tail and body can be moved to enable it sooner and for longer," researcher Christofer Clemente said in the press release. "Maybe adding a tail to robots can help them go 'off-road' sooner."

Seems the makers of Mechagodzilla might have been onto something.