Rise of the Robocallers: Here’s How We’ll Avoid a Future of Scammers

It's a robocall arms race — scammers win, everybody else loses. 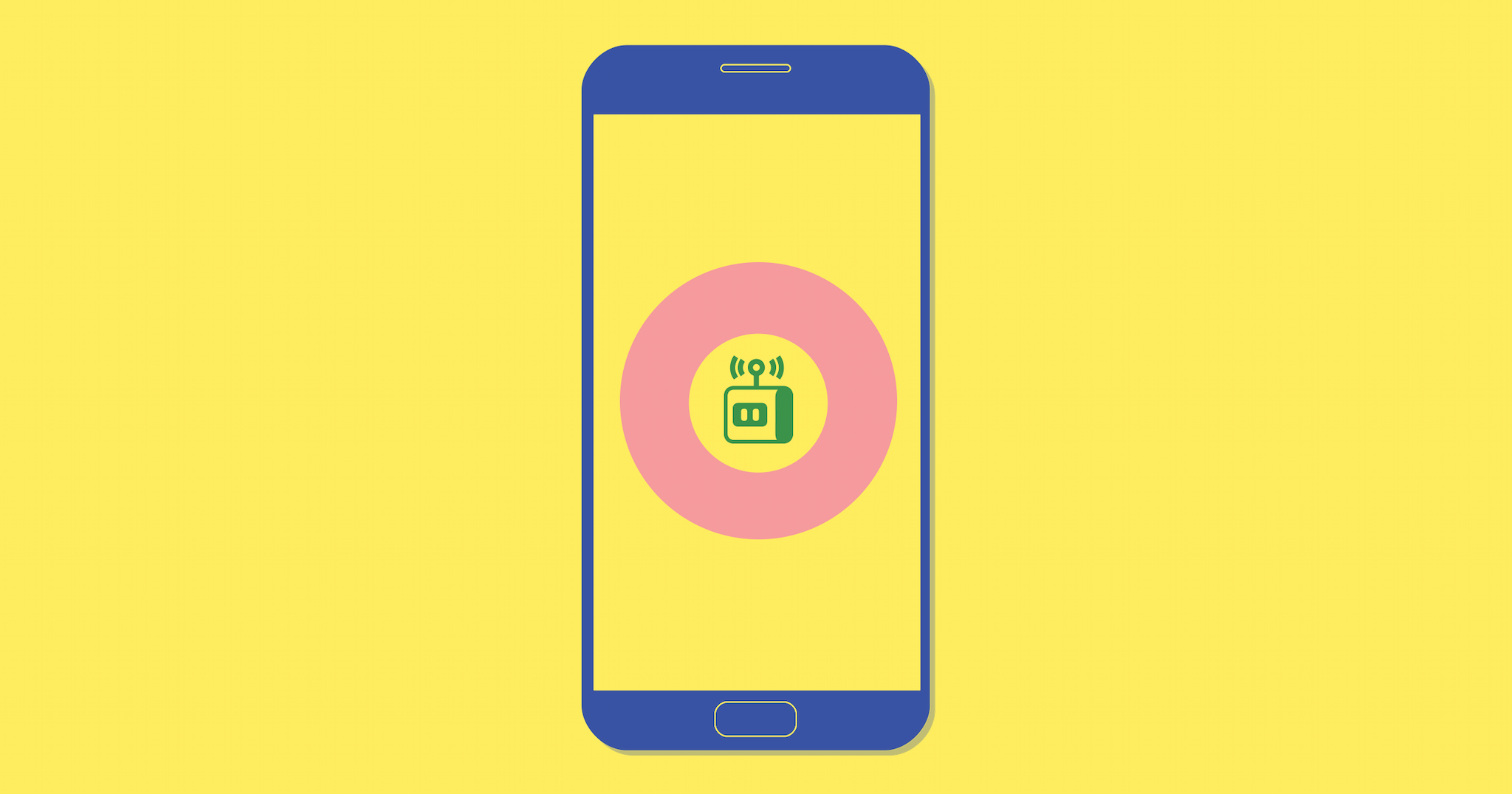 Robocalls are blowing up our phones. Unknown numbers flash on our smartphone screens almost daily. It’s gotten so bad that people simply don’t pick up the phone anymore.

And it’s getting worse. The Federal Trade Commission (FTC) found the number of official complaints about robocalls increased fourfold between 2009 and 2017. According to the latest numbers by YouMail, an app dedicated to help you stop robocalls, the average person gets 13.6 robocalls a month — that’s 4.4 billion robocalls placed to phones in the U.S. last month alone.

That’s a big jump: last October, it was almost half of that. Why the sudden uptick? As the New York Times points out, robocalls are becoming easier and cheaper to make, especially thanks to new technologies that allow you to make calls from your computer, like voice over internet protocol (VoIP). For instance, a Miami man was recently accused of making 100 million spoofed calls in less than 100 days. A D.C. Circuit appeals court also struck down stricter Obama-era robocall rules, easing the pressure on robocallers. So it’s now much harder for people to sue robocallers, according to CNET. And that means they can get away with a lot more.

Of course, organizations have made efforts to stop the telephonic onslaught. The Federal Communications Commission (FCC), mobile carriers, and even smartphone makers have tried, and so far, none have truly succeeded.

Soon, tech-based solutions have become sophisticated enough that they could finally help reduce the number of robocalls. The only question is: will the robocallers stay one step ahead?

Not all robocalls are scams. In fact, robocalls can be pretty darn useful. They can help make citizens aware of an oncoming hurricane, remind patients of upcoming doctors’ appointments, or notify credit card holders of possible fraud.

But the broadly-accepted definition of “robocalls” is a catch-all for legitimate uses and illegitimate scams and spam, making the distinction between the two a lot harder  — and that makes tackling the issue from a government perspective much harder, too. “Think of scammers as clever marketers who are in the wrong business,” says Alex Quilici, CEO of YouMail. “As a marketer, their goal is for you to pick up the phone and answer so they can pitch you.”

Their one goal: get you to pick up the phone. Worst case scenario, you answer the call, and get rerouted to a call center abroad. The scam is almost always the same: you won a free trip to the Bahamas, or you owe the government some money. In most cases, they’re after your credit card number or other banking information — maybe they want you to make a donation to a made-up charity, or inform you your credit card is being used for fraudulent purchases (the irony). These scams don’t target any particular group of people, Quilici says — easy money and health insurance scams appeal to everybody, millennials and seniors, rich and poor.

But the reality is, you don’t even have to pick up for robocall scammers to make money. As the Wall Street Journal points out, many phone companies will pay tiny amounts of money (fractions of a penny) to databases that store caller ID information. Typically, it’s carriers themselves operating those databases. So a cut from that money then makes its way back to the original caller (in this case the scammer). If you’re making hundreds of millions of calls, as many of these companies are, those fractions of a penny can add up to some real money.

Separating the scammy robocallers from the useful ones is a game of whack-a-mole, which makes effective long-term solutions hard to come by. In November 2017, the FCC introduced the Call Blocking Order, a do not call list that gave thousands of pissed off Americans some much-needed radio silence from aggressive telemarketing. Most companies on that list never got consent from the people they were calling.

But the do not call list only solved part of the problem. Yes, there were fewer robocalls from legitimate businesses, but “all the people who were scamming just don’t care [about the list] and that’s the vast majority of the call traffic now,” says Quilici. Legit businesses had to abide by the law, but scammers never had to respect the list in the first place.

The scammy robocaller types have a few technological tricks to keep you picking up. One big one: neighbor spoofing. It disguises the scammer’s number to make it look familiar to the recipient — the last four digits are the same as their own, the Caller ID is made to look legit (“TripAdvisor” for instance) or it’s got the same area code as theirs. That makes it much harder for carriers to detect scammers: do not call lists are practically useless against it. The unfortunate reality: altering Caller ID also has many legitimate uses, like a hospital trying to route all appropriate calls to the right doctor. On top of that, user complaints will identify a whole host of spoofed numbers, making the process of identifying the bad guys even more difficult.

Phone scams have been around for decades, and number spoofing is only the scammers’ latest tactic. But so far, no government, no app, no organization has been able to keep ahead of the robocallers’ innovations. Call it a robocall arms race.

No government, no app, no organization has been able to keep ahead of the robocallers’ innovations. Call it a robocall arms race.

The FCC’s efforts have not been able to ward off the massive influx of robocalls, and many lawmakers agree that it’s not doing enough to push the needle. In October, 35 attorneys general formed a coalition to formally request the FCC to please get off its behind and do something about the robocall problem. Top of the list: stop scammers from spoofing citizens’ numbers, and tell service providers they need to find ways to detect them.

While the efforts haven’t shown much effect yet, the FCC is trying to make a difference. In May, FCC Chairman Pai decided to get ahead of the number spoofing problem with an “industry-developed standard for the cryptographic signing of telephone calls,” according to a press release. The framework (called SHAKEN/STIR) attaches a certificate to each call to make sure it’s legitimate, kind of like an encryption key. All phone calls get routed through the carrier, which checks if the caller has a matching encrypted key.  The idea is that illegitimate callers will not be able to get those keys.

This technique has its limitations — for one, the system doesn’t support any legacy phone lines, including landlines. Landlines are definitely on their way out, but they’re far from gone: 45.9 percent of households in the U.S. still had landlines in 2016, according to a 2017 U.S. government study.

But there are other companies and organizations entering the fray in an effort to take robocallers to task.

Like Google. Last week, the company announced a new feature in its newest Pixel smartphones that uses AI to respond to scam robocalls. Dubbed “Call Screen,” the feature has a virtual assistant pick up the phone on your behalf, then transcribe the call in real-time (although that would mean scammers still get a cut from displaying caller ID). You can then decide if you want to talk.

Google’s approach is clever, but it’s only treating the symptoms of the much larger robocall problem — plus, the scammer is still getting an (albeit tiny) cut. “Sometimes I wonder if [Google’s] AI is being applied to the wrong problem,” says Quilici. “The real problem is only letting phone numbers through that are problematic and trying to predict that ahead of time.”

But that’s a tall order: an effective solution would require input and cooperation from FCC regulators and wireless carriers. Quilici believes that one way to make this happen could be for regulators to force carriers to make it easier for third-party applications to stop robocalls by allowing them to access carrier information. With their help, many more scammers could be identified and blocked in the future.

So while there’s some hope that we could someday get rid of robocalls once and for all, that day doesn’t seem likely to come too soon. Luckily, in the meantime, there are a few ways you can avoid letting the robocallers win.

Here’s a pretty effective, old school tactic: don’t pick up the phone if you don’t know exactly who’s calling. “If nobody answered the phone, the robocallers would pretty much never get anybody they could scam,” argues Quilici. If it’s a real person calling who actually wants to get in touch, they’ll leave a voicemail.

To help you identify those numbers (or block repeating offenders), you can also download third party apps to your phone like RoboKiller, YouMail, or truecaller. They can help you identify common scams right off the bat, alerting you when an incoming call is most likely a scam or blocking any number that’s been put on a crowd-sourced list of known scams. Otherwise, Google the number to find out if it’s legit before picking up the call.

Who will win the robocalls arms race? That’s nearly impossible to predict. But it’s not too late. A future without scammers and sketchy telemarketers is not so ridiculous to imagine. And it’s a future worth fighting for: perhaps we might even pick up the phone again.

Read More: The Next Telemarketer You Hang up on Might Be Google’s Duplex AI

Read This Next
From Our Partners
Early Black Friday Savings: End Spam Calls For Good With RoboKiller
More on Sci-Fi Visions
Overloaded
May 14 on futurism
Whiny Space Tourists Say They Were Too Busy on the Space Station
Hot Chick
May 13 on futurism
Madonna Releases Extremely Explicit NFT Collection
Home Sweet Home
May 7 on the byte
Elon Musk’s #2 Says Humanity Will Be on Mars Within the Decade
READ MORE STORIES ABOUT / Sci-Fi Visions
Keep up.
Subscribe to our daily newsletter to keep in touch with the subjects shaping our future.
+Social+Newsletter
TopicsAbout UsContact Us
Copyright ©, Camden Media Inc All Rights Reserved. See our User Agreement, Privacy Policy and Data Use Policy. The material on this site may not be reproduced, distributed, transmitted, cached or otherwise used, except with prior written permission of Futurism. Fonts by Typekit and Monotype.