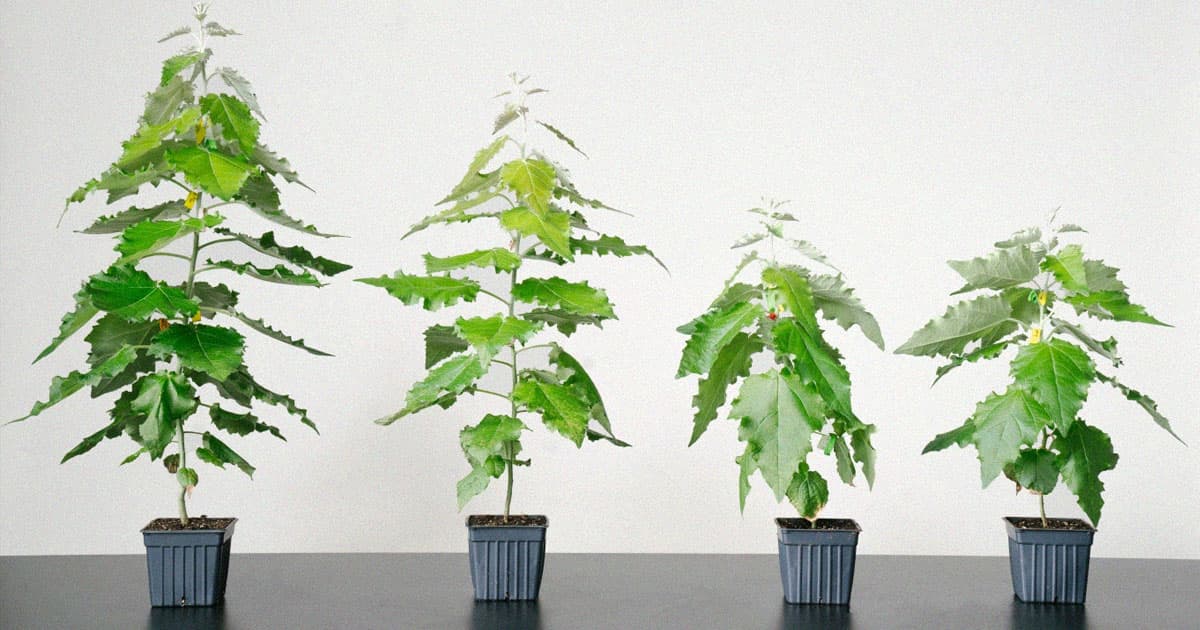 And it's planting millions.

And it's planting millions.

But plants have been doing that since long before humans were around, which is why San Francisco-based startup Living Carbon has gone back to carbon capture's literal roots, with a comic book twist: genetically-modified, fast-growing supertrees, which the company is hoping to plant 4 million of by 2023, CNN Business reports.

Trees naturally consume CO2, which they need in order to grow. But as the Living Carbon founders explained to CNN, trees don't exactly grow quickly. Speeding up that process means speeding up natural carbon capture, which could enhance the effectiveness of reforestation efforts by a landslide.

Excitingly, a yet t0-to-be-peer-reviewed study published by the company earlier this year showed pretty significant successes. In the span of five months, one modified poplar grew about 53 percent more mass than its average un-modified counterpart — which, the company told CNN, is the equivalent of 27 percent more carbon being removed from the atmosphere per tree.

Company spokespeople told CNN that it plans to double its acreage of planted trees every year, meaning that by 2030 its trees will have removed an extra 604 million metric tons of carbon from the air.

"About 75 percent of land worldwide has been degraded due to human activity," said co-founder Maddie Hall. "How do we develop species that would actually be able to capture carbon on those pieces of land? You need biotechnology to d0 that."

But these trees, however promising, aren't quick fixes or final solutions. As CNN points out, there's a chance that they could actually become invasive, and regardless, humans still have to stop burning ungodly amounts of CO2-creating fossil fuels. Plus, the trees will eventually die, releasing carbon back into the soil in the process.

That being said, we can safely say that as a general concept, trees are good. In the midst of climate doom, we're excited to see where this startup goes.

More on the climate crisis: Uk Shuts down Air Force Base When It Got so Hot the Runway Melted