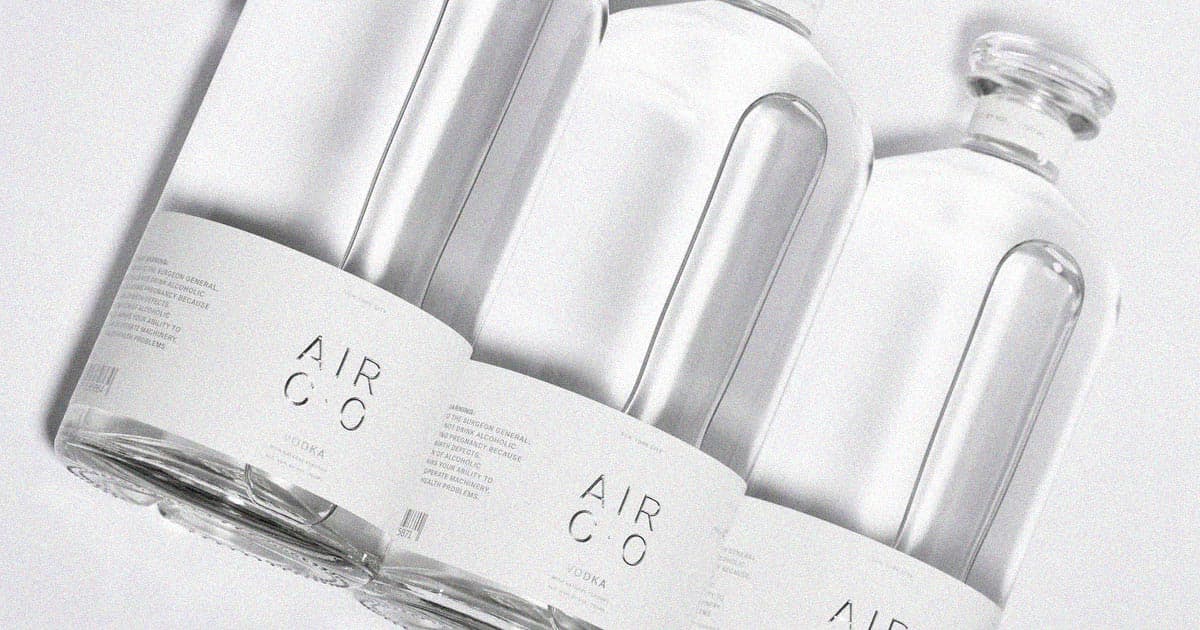 Get drunk... and also feel a tiny bit better about the environment.

Get drunk... and also feel a tiny bit better about the environment.

A startup with the elemental name of Air Company is producing vodka made with carbon dioxide emissions, CNBC reports, a futuristic new beverage that can both get you drunk and allow you to feel just a tiny bit better about the environment.

The company makes use of CO2 emissions from carbon-producing industries, which it turns into various alcohols, including vodka, perfume, and hand sanitizer.

"It’s obviously far better for the planet in that we’re removing CO2 for every bottle that we’re creating," Gregory Constantine, co-founder and CEO of Air Company, told CNBC.

The alcoholic project is a twist on a larger trend of capturing carbon and using it to produce anything from laundry detergent to rocket fuel.

Air Company first uses electrolysis to separate hydrogen and oxygen from water, which is then turned into ethanol using a "carbon conversion reactor," which uses captured CO2 emissions. Then it refines the ethanol into a drinkable liquor.

A 750 ml bottle of Air Vodka goes for about $65, which may be pricier than your average bottle of hooch — but it comes with one hell of a sales pitch.

The Air Company is now looking to expand production and produce an even bigger variety of emissions-based products.

"Vodka for us is really a gateway towards all the other products and then the industrial applications of where our technology can go," Constantine told CNBC.

READ MORE: This start-up makes vodka out of CO2 emissions, and it’s backed by Toyota and JetBlue [CNBC]

Climate Change
The EU Just Announced a Plan To Go Carbon Neutral
11. 28. 18
Read More
Cheap Carbon Capture Technology Might Make Our Climate Goals Possible
6. 8. 18
Read More
A Tax Incentive Might Finally Make Carbon Capture a Thing
2. 22. 18
Read More
+Social+Newsletter
TopicsAbout UsContact Us
Copyright ©, Camden Media Inc All Rights Reserved. See our User Agreement, Privacy Policy and Data Use Policy. The material on this site may not be reproduced, distributed, transmitted, cached or otherwise used, except with prior written permission of Futurism. Articles may contain affiliate links which enable us to share in the revenue of any purchases made.
Fonts by Typekit and Monotype.