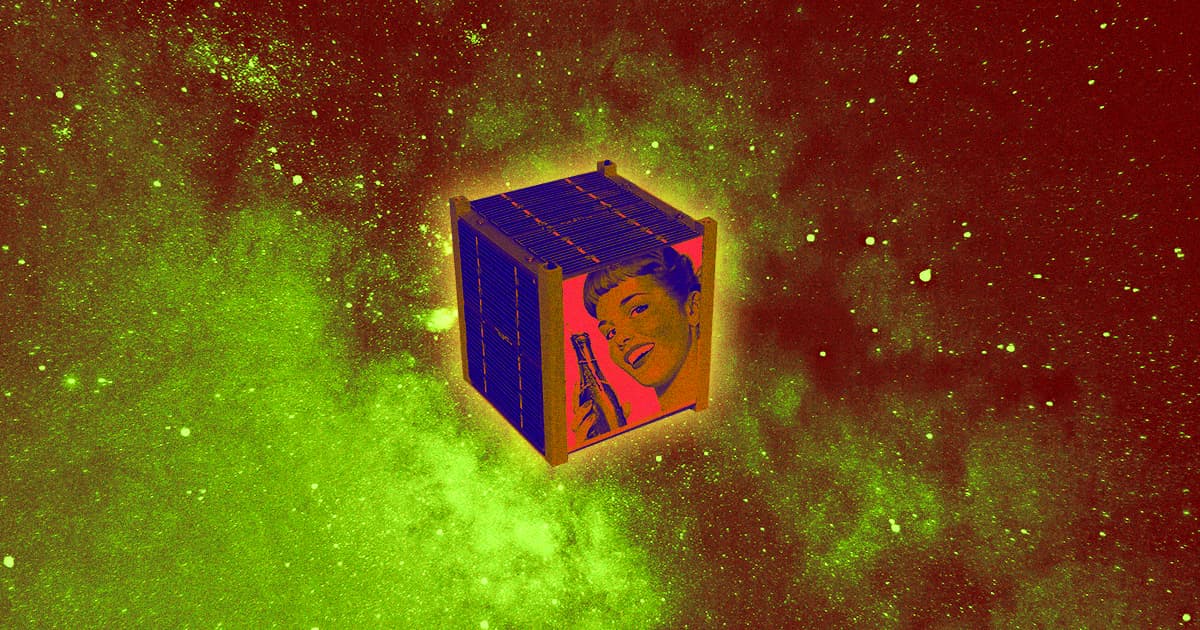 That SpaceX Orbital Billboard Is So Small You'll Never See It

The satellite is way smaller than your TV.

The satellite is way smaller than your TV.

Over the weekend, the surprise announcement that the startup Geometric Energy Corp (GEC) had commissioned SpaceX to launch a digital billboard into orbit took the internet by storm.

Shock, outrage, and the occasional roast of SpaceX CEO Elon Musk quickly circulated among people who justifiably imagined the night sky lit up by a glowing billboard that, according to Insider's reporting, would display whatever someone wanted it to in exchange for cryptocurrency.

But thankfully, here's NPR reminding the world of some crucial context: the entire billboard is just one face of a four-inch cubic satellite. Unlike the SpaceX Starlink satellite constellation that's ruining the night sky for astronomers, the billboard is way too small for anyone on Earth to ever notice it. Just like most other cryptocurrency-related stunts, you'll be able to go about your daily life pretending it never existed at all.

That distinguishes the advertising stunt from a previous attempt by Pepsi and the Russian startup StartRocket to launch a billboard that would have been visible from the ground but was cancelled after Pepsi changed its story and denied ever having planned to run orbital ads.

The new billboard would certainly be less intrusive, but it still signals a marked shift from most other advertising-in-space ventures, which tend to involve launching a product into space or sending it to the International Space Station.

The fact that GEC's billboard is too small to see — instead, the satellite will take a selfie-style video of the screen and broadcast it to YouTube — doesn't make it good.

GEC CEO Samuel Reid told Insider that he sees the project as a way to "democratize access to space and allow for decentralized participation" and, to be frank, we're not sure that letting people advertise whatever they want in orbit is the best way to bring the awe of the cosmos down to the general public on Earth.

"There might be companies which want to depict their logo... or it might end up being a bit more personal and artistic," GEC CEO Samuel Reid told Insider.

One would hope that there's some sort of controls in place to keep trolls from commandeering the billboard. But it does seem like Reid is banking on the entire global community somehow moderating itself — potentially allowing the worst tendencies of the internet to extend all the way into Earth orbit for anyone to watch.

READ MORE: A Billboard Will Show Ads From Space, But You Won't Be Able To See It In The Sky [NPR]