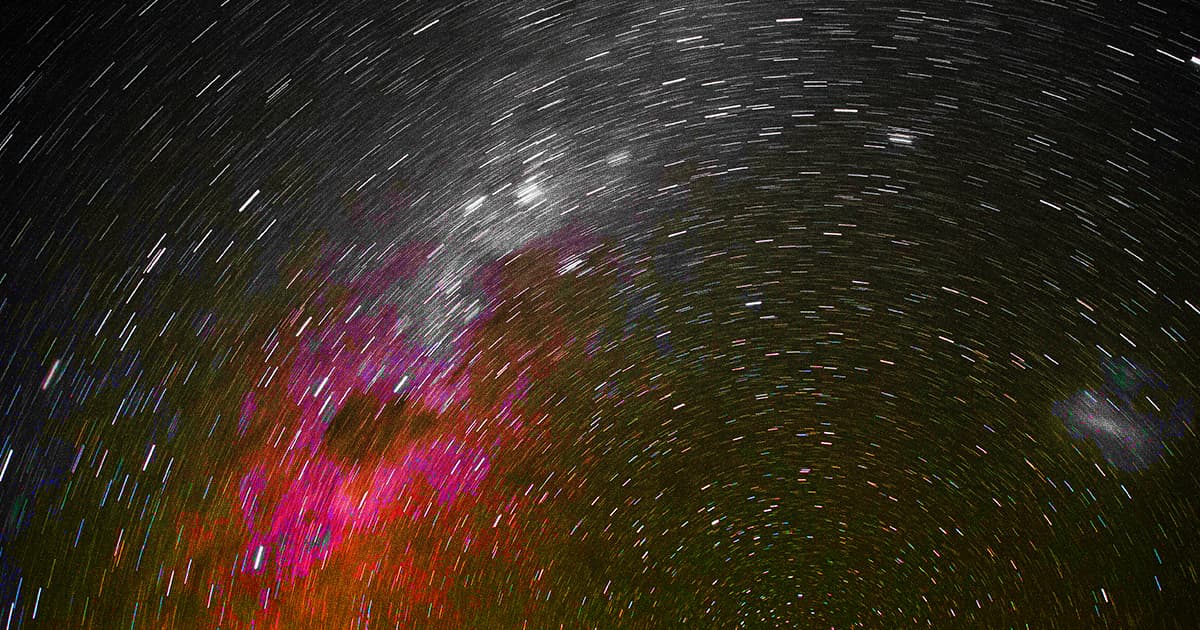 "Since there are objects orbiting the Earth in all manner of orbital inclinations, really nowhere is safe from this."

"Since there are objects orbiting the Earth in all manner of orbital inclinations, really nowhere is safe from this."

The ever-growing mess of debris orbiting the planet is becoming a serious problem for astronomers.

As these old pieces of satellites, rockets, and other miscellanea catch sunlight, they can reflect it down to Earth and elsewhere, creating a noticeable increase in the brightness of the night sky that makes it considerably harder to study the cosmos, according to preliminary research published last month in the journal Monthly Notices of the Royal Astronomical Society: Letters. If their numbers are correct, The Washington Post reports, the reflective garbage alone is so bright that it crosses the official luminosity threshold of what scientists consider an "unimpeded" view of the sky.

The space junk is causing enough of a problem on its own, but experts also say that operational satellite mega-constellations like SpaceX's Starlink internet satellites or AST & Science's 5G satellites are making matters worse. SpaceX has taken measures to darken its satellites — to limited effect — after astronomers complained, but WaPo reports that other companies aren't bothering to do the same.

"Since there are objects orbiting the Earth in all manner of orbital inclinations, really nowhere is safe from this," study coauthor and International Dark-Sky Association public policy director John Barentine told WaPo.

Kyba didn't work on the study, but he told the newspaper that its findings were "really shocking." That said, he's optimistic that engineers working on ways to remove space debris from orbit will figure it out in the coming years. At the very least, that would mean we could wave goodbye to the defunct satellites and bits of trash floating around the planet and finally take a much better look at the night sky.

READ MORE: A proliferation of space junk is blocking our view of the cosmos, research shows [The Washington Post]

More on space junk: Startup Says Its Super Powerful Laser Can Blast Space Junk From Down on the Earth's Surface