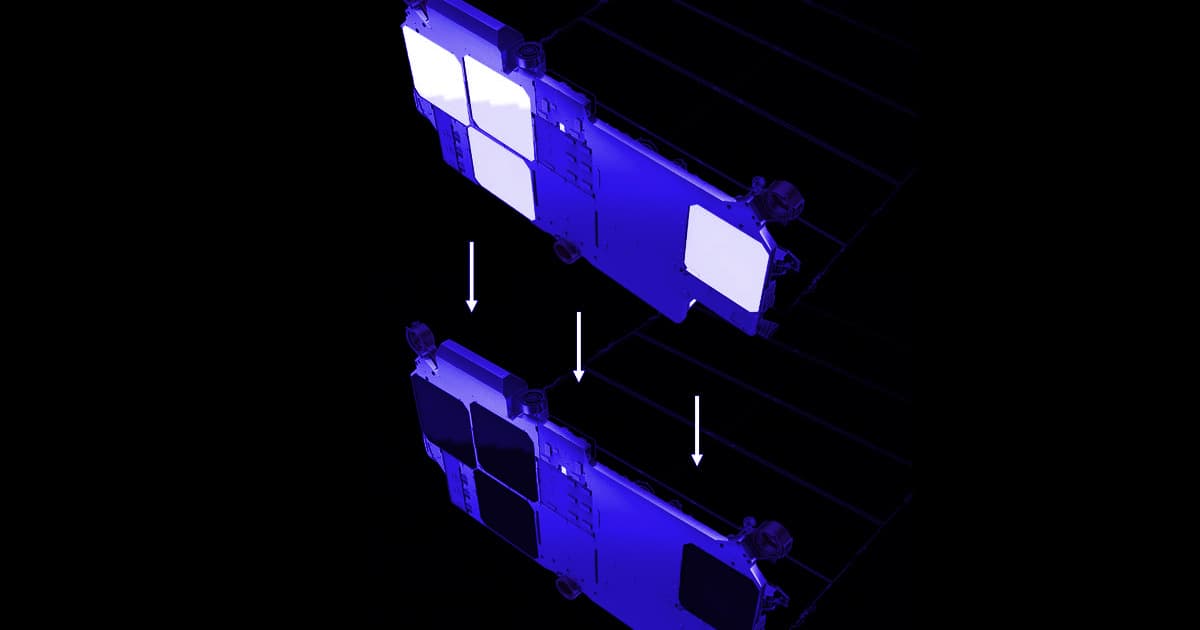 The Starlink Darksats are better, but not good enough.

The Starlink Darksats are better, but not good enough.

Even after SpaceX launched dimmer versions of its internet-broadcasting Starlink satellites, astronomers are finding that the artificial constellation is still bright enough to interfere with their research — blocking their view of the sky and making it harder to see distant stars and galaxies.

That's according to research led by National Astronomical Observatory of Japan astronomer Takashi Horiuchi, who told Physics World that SpaceX's efforts to dim the Starlink constellation have made a difference. However, they didn't make enough not enough of an improvement to fix the problem altogether, once again pitting SpaceX's technological goals against the needs of academics studying the cosmos.

The newer satellites that have been coated in darker paints — which SpaceX dubbed DarkSats  — are half as bright as the original ones when viewed in the visible spectrum of light, but the problem persists in other wavelengths, according to Horiuchi's research, which was published last month in The Astrophysical Journal.

However, the dark paint led to an increase in temperature, which actually made the satellites appear brighter to astronomers taking infrared observations.

Because the dark paint replaced one problem with another, Horiuchi suggests that it would be more helpful to raise the Starlink satellites to a higher altitude — reducing their impact on the view of the night sky — instead of switching to new coatings or shields.

"Dark skies with beautiful stars and nebulae are the treasure for all people in the world," Horiuchi told Physics World.