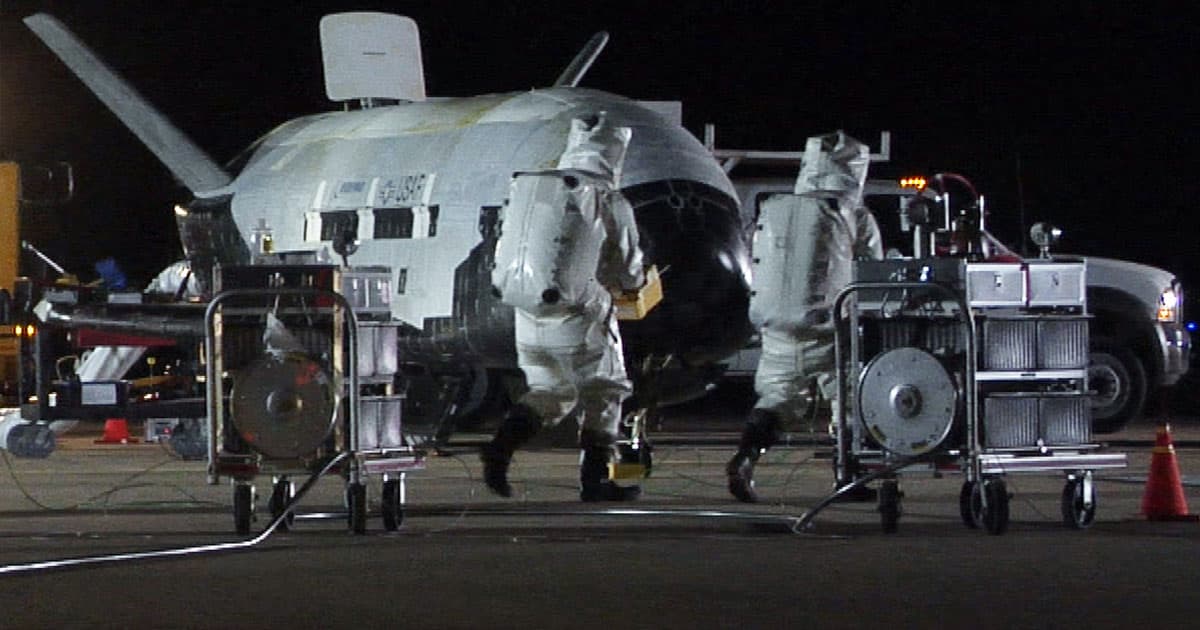 The Space Force Is About to Launch a Mysterious Spacecraft

The secretive X-37B space plane is being sent on a scientific mission.

The secretive X-37B space plane is being sent on a scientific mission.

Officials from the U.S. Space Force announced Wednesday that the military branch will launch a new mission on May 16 — using the mysterious X-37B space plane to do so, which has spent years at a time in orbit without any public-facing explanation.

The X-37B will be ferrying a scientific research satellite into orbit, CNET reports, which will conduct experiments for other branches of the military and NASA.

There are two research projects that the satellite, FalconSat-8, will be conducting once the space plane carries it into orbit, CNET reports.

NASA will be sending plant seeds into space to study the effects of cosmic radiation, and the Naval Research Laboratory is sending instruments intended to convert solar energy into microwaves that can be beamed to the ground and used as a power source.

“This will be the first X-37B mission to use a service module to host experiments,” Air Force Rapid Capabilities Office director Randy Walden said in a press release.

While the upcoming launch will be the sixth mission — over the course of a decade — for the X-37B, it’s only the second-ever Space Force mission.

The first mission helped complete a military communication network, making this the first foray into basic scientific research for the nascent military branch.

More on the X-37B: What Was the Air Force’s Secret Space Plane Doing in Orbit for 779 Days?