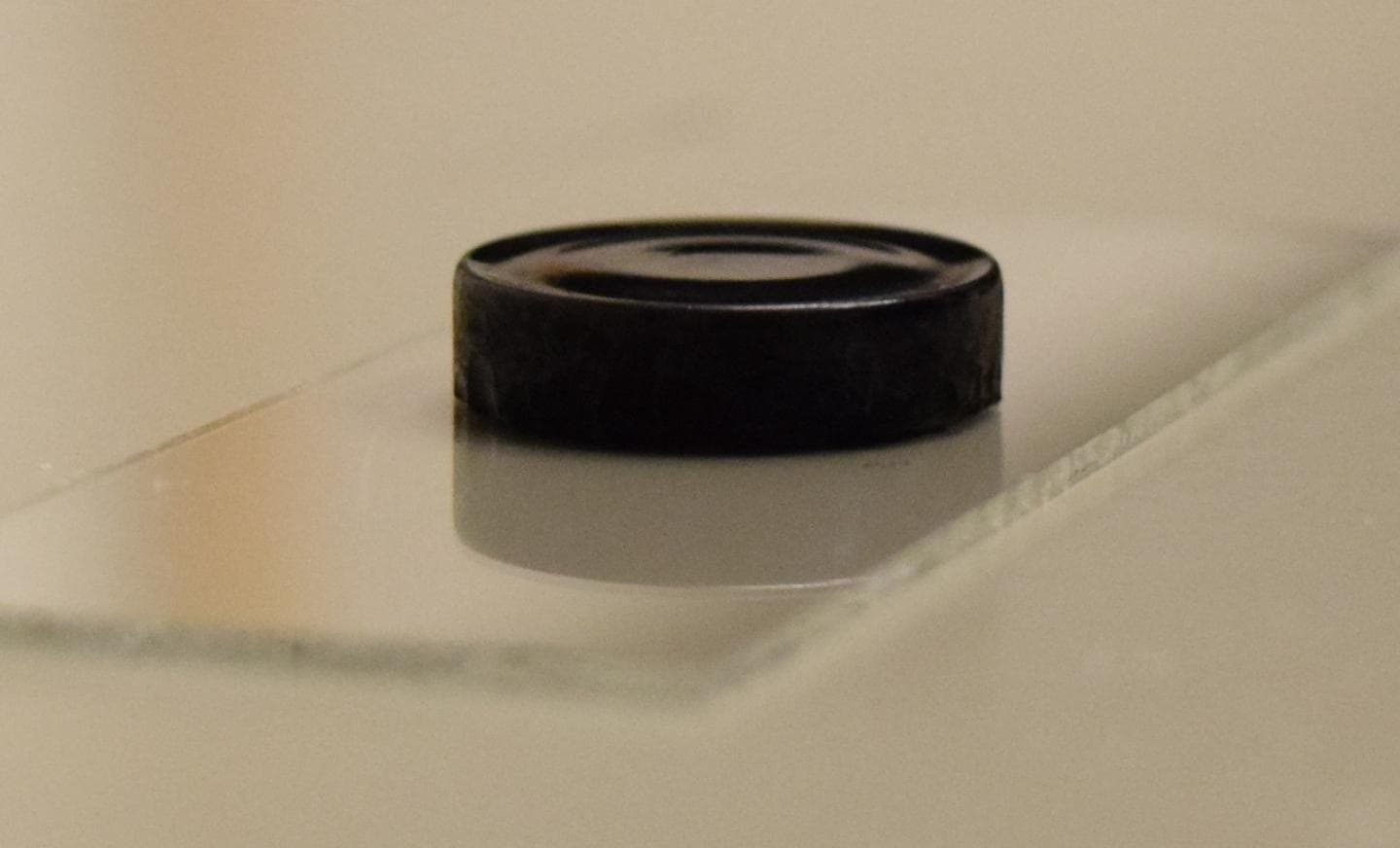 It's powered by motion and can withstand temperatures up to 572 degrees Fahrenheit.

It's powered by motion and can withstand temperatures up to 572 degrees Fahrenheit.

No bigger than an ordinary watch battery, adding this little sensor to firefighter's gear could help save lives.

Researchers from McMaster University in Hamilton, Ontario announced on Friday they had created a fireproof, self-powered sensor that could be used to track people working in high-risk environments, such as firefighters, steelworkers, and miners. The research team – from McMaster, UCLA, and University of Chemistry and Technology Prague – published their work in the journal Nano Energy.

The self-powered sensor is embedded in the sole of a boot or under the arm of a jacket, areas where frequent motion can be registered by the device. The friction of motion generated in these areas charges the sensor, similar to the static charge you sometimes generate by sliding your socks on the carpet. If motion stops, the device alerts someone outside the hazardous area so help can be sent.

"If somebody is unconscious and you are unable to find them, this could be very useful," said Ravi Selvaganapathy, a professor of mechanical engineering who oversaw the project. "The nice thing is that because it is self-powered, you don't have to do anything. It scavenges power from the environment."

High heat environments have posed a challenge to similar sensors. The new sensor is self-charging, since most batteries breakdown in hot environments, and thanks to its key material, a new carbon aerogel nanocomposite, it successfully withstood temperatures up to 300° Celsius (572° Fahrenheit), around the temperature most wood starts to burn.

The research team is hoping to connect with a commercial partner to help make the device more accessible to a larger market. Such a device could make a world of difference to those working in hostile environments and particularly to local fire departments.

“It’s exciting to develop something that could save someone’s life in the future,” said co-author Islam Hassan, a McMaster PhD student in mechanical engineering. “If firefighters use our technology and we can save someone’s life, that would be great.”