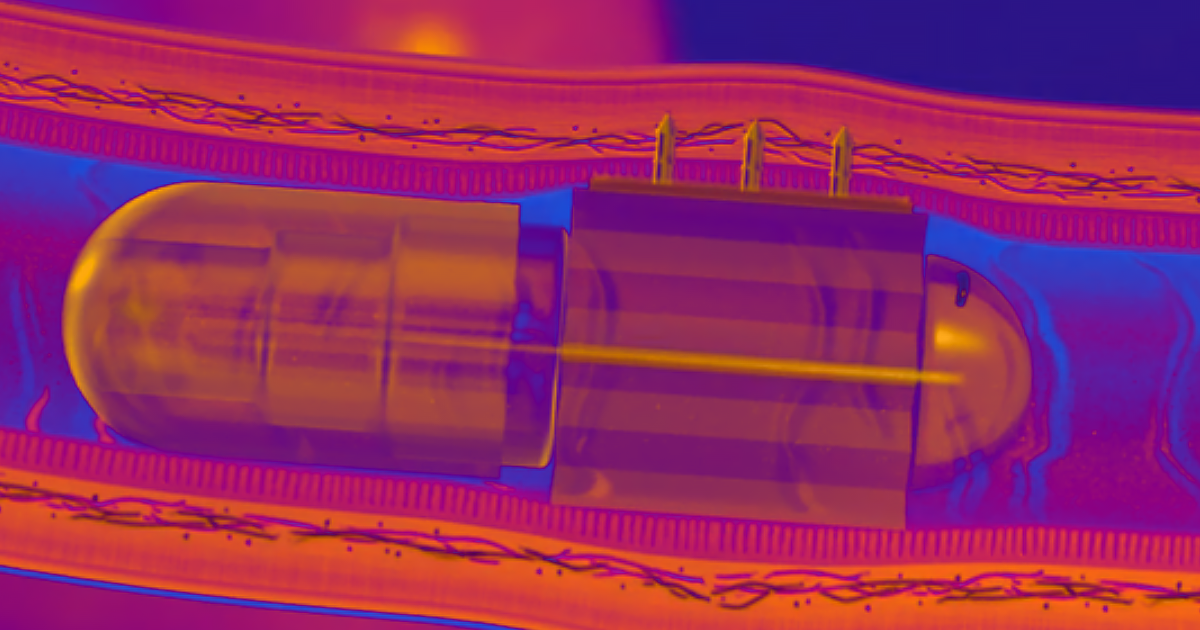 A futuristic "robotic" pill with no metal or springs just passed its first human trial in February, according to IEEE Spectrum.

The RaniPill, developed and patented by Rani Therapeutics, already went through 100 animal studies and recently completed a human study as well — meaning it could one day revolutionize the way people inject drugs.

Once it's swallowed and makes its way to the intestines, the RaniPill shell dissolves. This release two gases that mix to create carbon dioxide, which inflates a balloon that pushes a dissolvable needle into the intestinal wall. No springs or metal are used in the design.

And no, you won't even notice it's there or inflating a balloon inside your intestines. Rani Therapeutics claims its pill won't cause any pain, unlike injections through the skin, and could lower cost of injections for "most drugs."

The human trials consisted of 20 subjects, half of which ate before swallowing the pill and half fasted.

Food had barely any impact, except for slowing down the time it took to pass the remnants of the pill. Multiple X-rays confirmed the location of the pill as it made its way through the subjects' bodies.

The pills used in the initial test didn't carry any drug-filled needles, but did test out the rest of the unique drug injection mechanism. An upcoming second human trial will include a dissolvable needle filled with a drug that is used to treat a hormone disorder.

12.13.18
Bluetooth Smart Pill Pairs With Your Phone From Inside Your Stomach
11.15.18
Scientists Invent an Eye Patch Covered in Drug-Delivering Needles
3.14.18
Newly Developed Microneedles Can Dissolve in the Skin to Deliver Drugs
12.20.17
Can "RoboSperm" Really Be Used to Fight Cervical Cancer?
11.28.17
New Drug Delivery Device Treats Glaucoma from Within the Eye