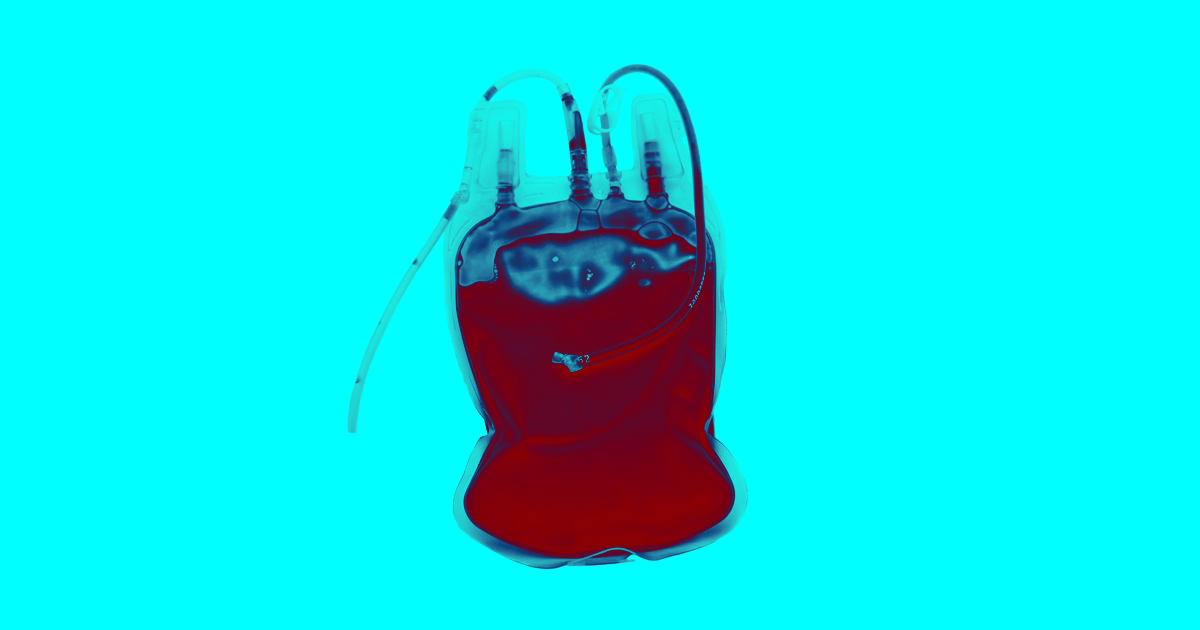 Expert: Anti-Aging Blood Transfusions May Do More Harm Than Good

"It isn’t the same thing as filling a car’s gas tank."

"It isn’t the same thing as filling a car’s gas tank."

A transfusion of blood from a young donor won't help you live longer. In fact, it could actually put you closer to death.

At least, that's according to Marc Siegel.

Siegel is a New York University professor and medical reporter. In a recent opinion piece for The Hill, the doctor warned that people undergoing "young blood" transfusions as anti-aging treatments need to keep in mind the many health risks involved — including the possibility that their body might reject the blood outright.

In January, we reported that the startup Ambrosia had opened five clinics in the U.S. where it promised to fill clients' veins with blood drawn from people between the ages of 16 and 25. The cost: $8,000 for one liter of blood, $12,000 for two.

Ambrosia's website doesn't actually spell out why anyone would want to undergo the procedure, and probably for good reason — there's no science-backed research to support the idea that "young blood" produces anti-aging effects in humans.

But that isn't stopping the company from trying to build a business around "the unproven promise of slowing the aging process," according to Siegel.

Siegel doesn't just think Ambrosia is potentially swindling people out of their money, either — he argues that it could actually be hurting them.

"[The treatment] may appeal to the population concerned with aging," Siegal wrote in the Hill piece, "but it is worth pointing out that blood transfusion is not without associated health risks."

The procedure might be common, but blood transfusion can still lead to fluid and iron overloads, infections, allergic reactions, and even difficulty breathing, according to Siegal. A transfusion could even cause immunological problems, the same kind that can crop up if a recipient's body rejects a donated organ.

"As attractive as this process may sound, you are taking in someone else’s intimate blood chemistry into your body," Siegal wrote. "It isn’t the same thing as filling a car’s gas tank."

More on Ambrosia: New Chain of Clinics Will “Fill Your Veins” With Blood of Youths

Brands We Love
Developed By AN MIT Researcher, This Groundbreaking Supplement Promotes A Healthy Cellular Aging Process
2. 26. 21
Read More
Brands We Love
Here Are 5 Things You Should Start Doing Today to Live Longer
9. 25. 19
Read More
Science Isn't The Reason That Humans Can't Live Forever
6. 20. 17
Read More
+Social+Newsletter
TopicsAbout UsContact Us
Copyright ©, Camden Media Inc All Rights Reserved. See our User Agreement, Privacy Policy and Data Use Policy. The material on this site may not be reproduced, distributed, transmitted, cached or otherwise used, except with prior written permission of Futurism. Articles may contain affiliate links which enable us to share in the revenue of any purchases made.
Fonts by Typekit and Monotype.