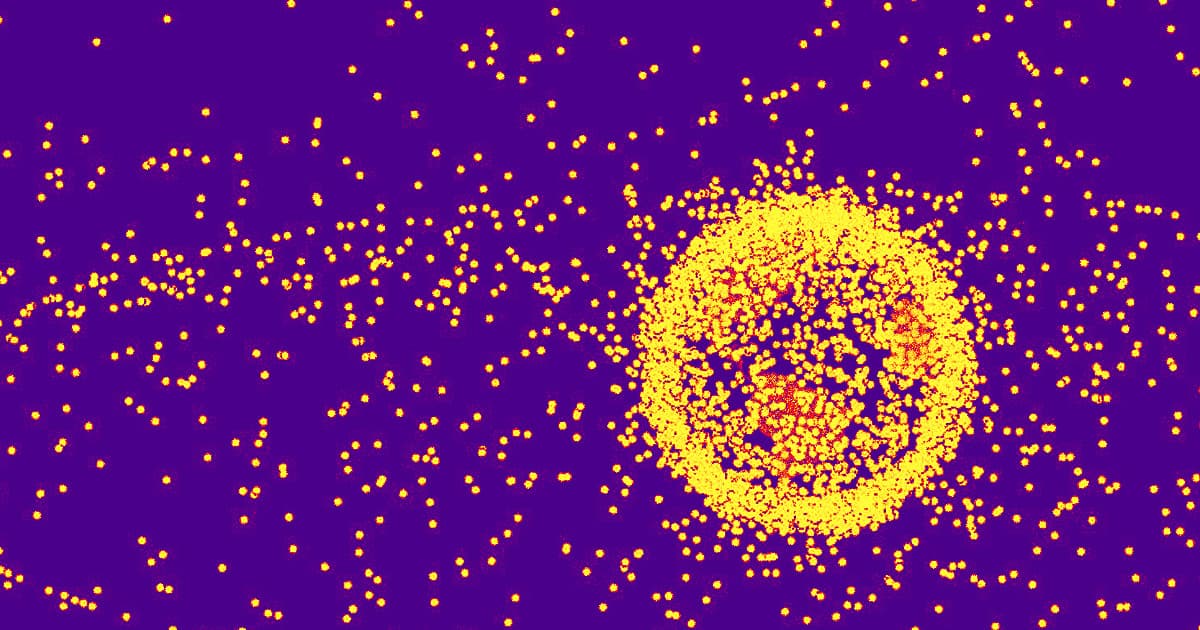 Scientists Saw Space Debris During the Day for the First Time

It's getting awfully crowded up there.

It's getting awfully crowded up there.

For the first time, scientists managed to spot space debris orbiting the Earth during the day.

Near-Earth orbit is getting awfully crowded, as dead satellites, rocket parts, and the remains of in-orbit collisions or explosions turn space into a dangerous minefield — and that's saying nothing of the operational satellites that need to navigate the whole mess. Now, thanks to powerful new lasers, scientists can even track all that floating junk during the daytime.

Scientists needed better ways to actually track everything up there, according to a University of Bern press release. Now, they found a new technique that doesn't force them to wait until nightfall.

The Bern scientists are using a new laser that diffracts and scatters as it strikes orbital debris and then tracking where those photons bounce off to with sensitive new cameras that can pick up the signal through daylight.

Thanks to the laser, the team hopes to take more precise measurements than ever and help space agencies navigate the cosmos without playing bumper cars along the way.

"The possibility of observing during the day allows for the number of measures to be multiplied," Bern astronomer Thomas Schildknecht said in the release. "More accurate orbits will be essential in [the] future to avoid collisions and improve safety and sustainability in space."

READ MORE: Space debris observed for the first time during the day [University of Bern]