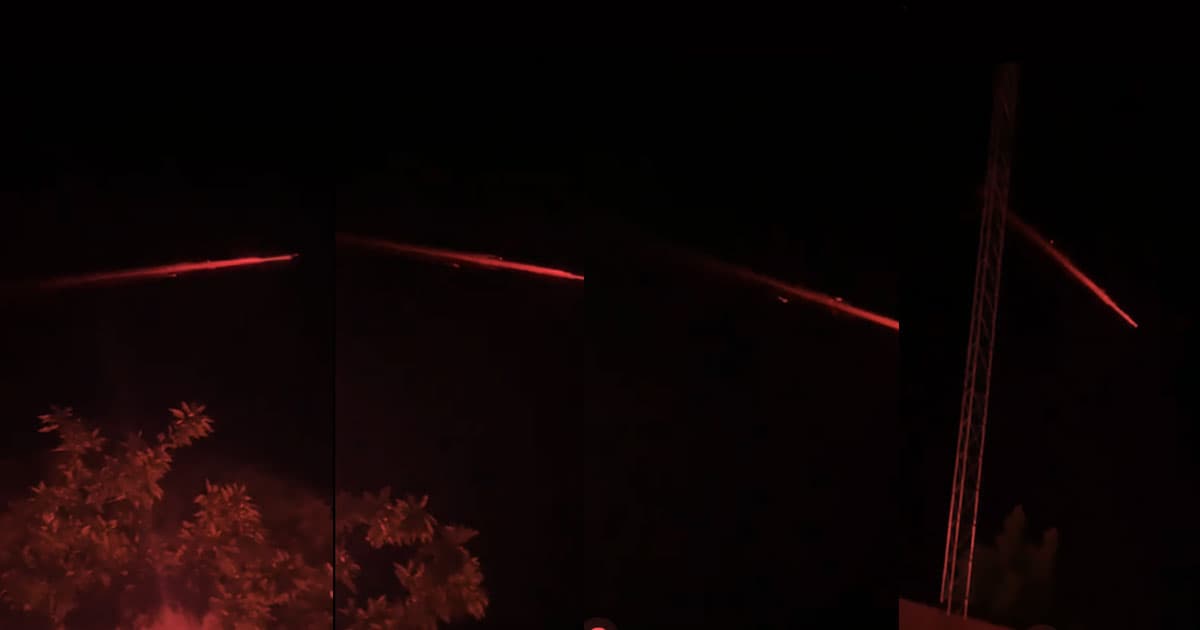 Rocket parts, raining from the sky.

Rocket parts, raining from the sky.

A second stage of a Russian rocket reentered the Earth’s atmosphere over the weekend, burning up like a comet. The spectacular event was caught on camera by dozens of onlookers across south Texas and Mexico.

More, impressive footage of the reentry of a Russian rocket stage (space debris) over southwest US and Mexico last night: https://t.co/rPlbBu2PPa

Jonathan McDowell, an astronomer at the Harvard-Smithsonian Center for Astrophysics, noted on Twitter that it was likely a second stage of the Soyuz rocket that put a mysterious spacecraft called Kosmos-2543 into orbit.

Russia’s Kosmos-2543 mission made headlines earlier this year when TIME reported that the mysterious spacecraft appeared to closely shadow a multibillion-dollar US spy satellite after launching in November 2019.

Meanwhile the Soyuz-2-1V second stage that put Kosmos-2543 in orbit has reentered over Coahuila, Mexico at 0702 UTC heading north over western Texas. @Marco_Langbroek reports that the reentry was observed by people in Texas. Red line shows entry track starting at entry point pic.twitter.com/OcvuFNUHsX

While the great big fireball in the sky was truly a sight to behold, it’s a pretty common occurrence, as McDowell noted in a tweet, writing that “there have been thousands which have reentered like this over the years.”

Rocket parts are almost impossible to track, as their orbit decays over time. Once they’re close enough to reenter the atmosphere, they become bright in the sky as they heat up.

While it is rare, some rocket parts can survive this reentry and fall to the ground. China, for instance, let a gigantic Long March 5B rocket descend back to Earth in a completely uncontrolled manner in May.