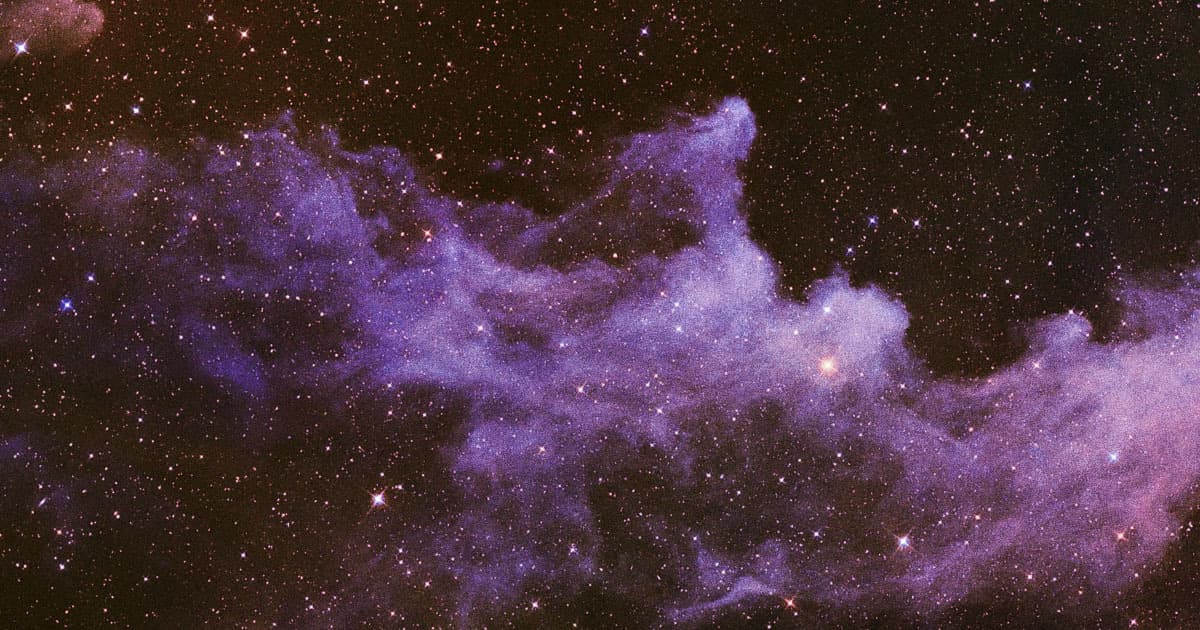 It's always the last place you look.

It's always the last place you look.

Scientists have long assumed that about 40 percent of the universe’s visible matter — the kind makes up everything we can see and touch — was missing, never having been detected.

Now, a team of researchers from France’s National Center of Scientific Research (CNRS) says it’s finally found it — hidden away in the diffuse filaments of the gigantic, galaxy-connecting cosmic web. The research, published Friday in the journal Astronomy & Astrophysics, revealed the missing matter after scientists took a new look at a pile of 20-year-old data.

The filaments of gas that make up the cosmic web are thought to connect networks of galaxies across vast voids of nothingness in the universe, according to a CNRS press release. Sometimes they also serve as a source of fresh material for nearby galaxies or black holes, making the web itself even more threadbare and faint.

The French researchers suggest that it’s because these cosmic web filaments are so diffuse, and the signals they give off are so weak, that they went undetected for 20 years even though all the data was in plain sight.

To find the 40 percent of all the visible matter in the universe that they contain, the CNRS researchers took a look at the filaments’ x-ray emissions coupled with information on 15,000 filaments’ physical arrangement.

Through that x-ray analysis, the team was able to confirm that the filaments contained vast amounts of previously-overlooked hot gases — a huge fraction of the universe’s matter hiding in plain sight.

READ MORE: Has the hidden matter of the universe been discovered? [CNRS]

More on the cosmic web: Here’s the First-Ever Pic of “Cosmic Web” Connecting All Galaxies