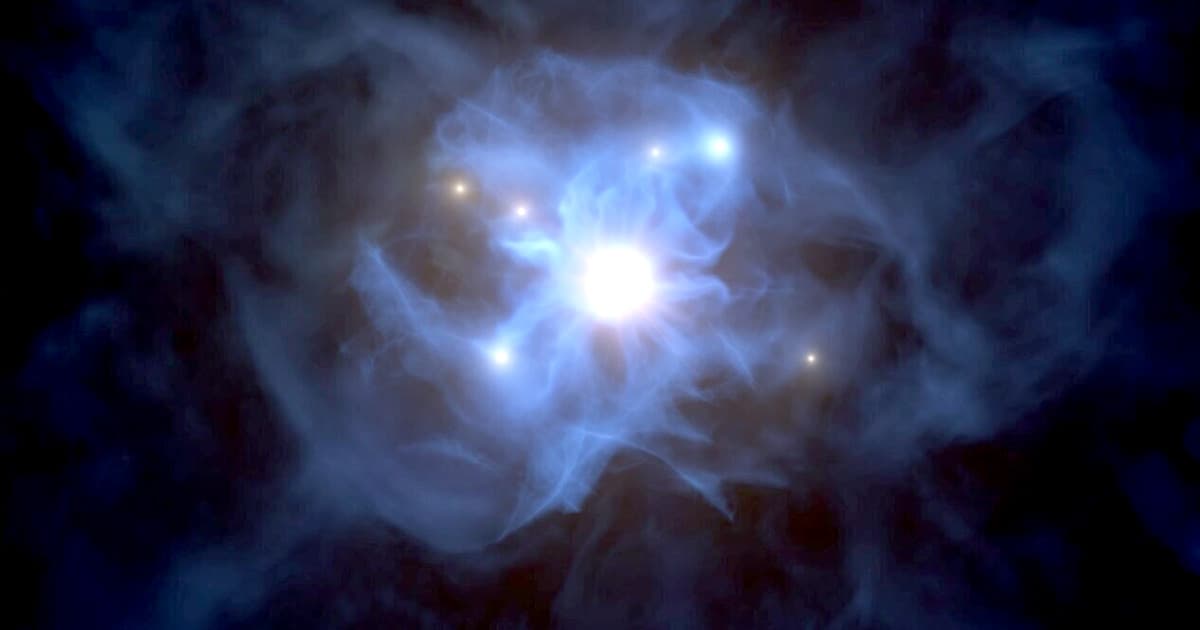 It was feasting, spider-like, on six entire galaxies it had ensnared in a gigantic cosmic web.

It was feasting, spider-like, on six entire galaxies it had ensnared in a gigantic cosmic web.

Peering back into some of the earliest days of the universe, astronomers came across a brutal scene: a still-forming supermassive black hole feasting on six entire galaxies it had ensnared in a gigantic cosmic web.

The grisly scene played out when the universe was only about 900 million years old, according to research published Thursday in the journal Astronomy & Astrophysics. And since the black hole plus the trapped galaxies are together more than 300 times the size of our galaxy, it could explain how supermassive black holes formed and especially how they did so when the universe was so young.

The supermassive black hole was surrounded by a web of cosmic filaments that allowed matter to flow between trapped galaxies and the black hole, like feeding tubes fueling its rapid growth.

"This research was mainly driven by the desire to understand some of the most challenging astronomical objects — supermassive black holes in the early universe," lead researcher Marco Mignoli, an astronomer at Italy's National Institute for Astrophysics (INAF), said in a press release. "These are extreme systems and to date we have had no good explanation for their existence."

The six galaxies are among the faintest that astronomers can see, suggesting to the researchers that even dimmer galaxies could be trapped around the black hole as well.

"We believe we have just seen the tip of the iceberg," coauthor and INAF astronomer Barbara Balmaverde said in the release, "and that the few galaxies discovered so far around this supermassive black hole are only the brightest ones."