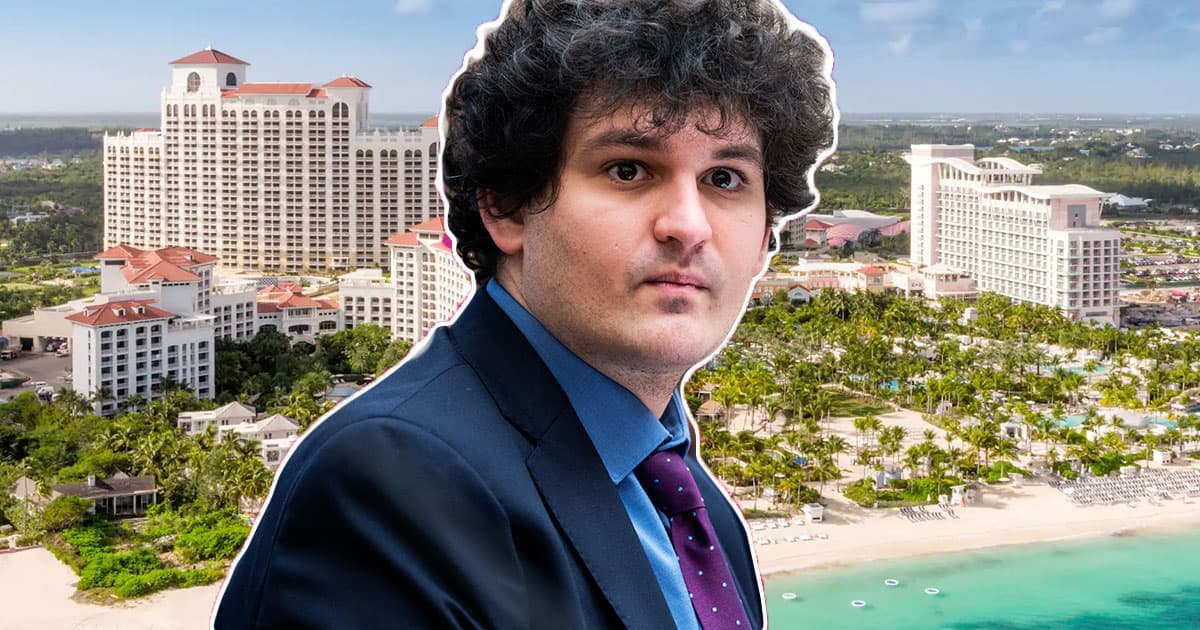 Sam Bankman-Fried, the disgraced former CEO of the now-bankrupt cryptocurrency exchange FTX, claimed that he wanted to make billions — or maybe even trillions — so that he could give it all away. In fact, as he told Bloomberg back in April, he only planned to keep one percent of his personal wealth, eventually giving the rest away to worthy causes.

"You pretty quickly run out of really effective ways to make yourself happier by spending money," the 29-year-old crypto crusader, who's currently facing US criminal charges related to fraud and embezzlement, explained to Bloomberg at the time. "I don't want a yacht."

Regardless of whether SBF actually had a big boat — some reports are now claiming that he actually did have a 52-foot yacht — it's starting to seem like s0-called "effective altruism" really wasn't his top priority.

According to new bankruptcy court filings reviewed by Insider, SBF used FTX money to support an incredibly lavish lifestyle for himself and those in his inner circle, spending upwards of $40 million on ultra-luxurious living arrangements, food, and hotels in just nine months alone. You know, for the good of the people.

Some $5.8 million of that $40 million figure was reportedly spent renting an opulent Bahamian penthouse — in which SBF reportedly lived with several roommates, some of whom he may have been romantically involved with — at the oceanfront Albany Resort, a hotel featuring its own yacht marina and golf course.

Elsewhere, $3.6 million was dropped on rooms at the Bahamas' four-star Grand Hyatt, while $800,000 was spent at the five-star Rosewood hotel. Another $6.9 million was reportedly spent on "meals and entertainment," a rough $2.4 million of which was spent on catering services.

While it's unclear where the rest of that meal budget went, Fox Business previously alleged that SBF was a fan of a spot called the Nassau Bistro, where he'd regularly spend several thousands on lunch. (It's worth noting that Alameda Research, an FTX-tied and also bankrupt crypto hedge fund, owes a good $50k+ to Jimmy Buffet's Margaritaville.)

Of course, considering that SBF admitted that the "ethics stuff" was "mostly a front" pretty shortly after FTX's collapse, it's not exactly surprising to see his money go literally anywhere but where his mouth was. FTX may not have been a force for good — but at least for a while, it was certainly a force for its execs to live the good life.