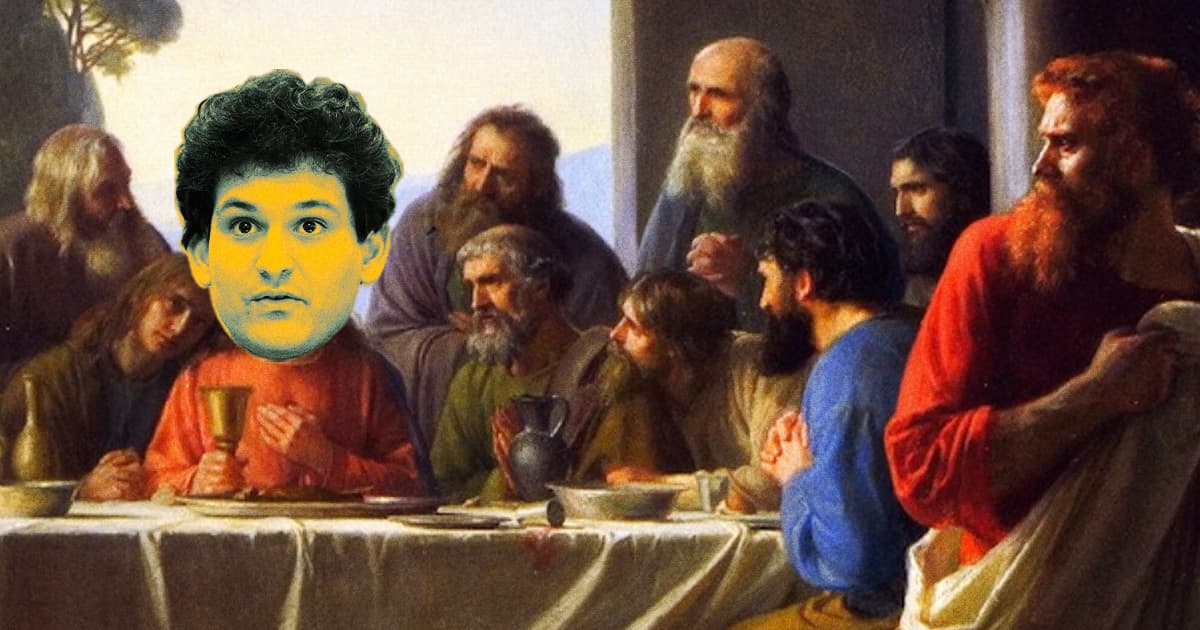 Call him Judas. Call him Brutus. Call him a concerned whistleblower. But a figure has emerged in the epic fall from grace of former cryptocurrency exchange CEO Sam Bankman-Fried, and we're fascinated.

It's the first insider that we know of to have turned against the disgraced CEO, and it's a fascinating development given the proximity between the two former executives.

In other words, it's a tale of betrayal — or, depending on your view, a last-ditch effort to avoid looming legal peril — that speaks volumes about what was going on behind closed doors during the days leading up to FTX's astonishing collapse.

Meanwhile, Bankman-Fried has publicly apologized for mishandling billions of dollars in client funds during several high-profile interviews — to the dismay of his legal representation.

The disgraced CEO was eventually arrested by Bahamian authorities Monday evening, and is facing some serious charges by the Justice Department and the Securities and Exchange Commission.

According to Salame, only three individuals, including Bankman-Fried and two other FTX executives, were technically able to transfer funds to Alameda, a hedge fund also started by Bankman-Fried, but run by reported romantic partner Caroline Ellison.

The exchanging and mixing of client funds is at the heart of the controversy. Bankman-Fried maintains he didn't "knowingly comingle funds," but regulators believe Alameda had access to those FTX customer funds.

Bankman-Fried is now facing lengthy court proceedings and will reportedly remain in jail until February after being denied bail.

It'll be fascinating to see if other FTX insiders will turn on their former CEO in the coming days and weeks — it wouldn't exactly come as a surprise, considering the sheer chaos and clear legal stakes for everybody involved.