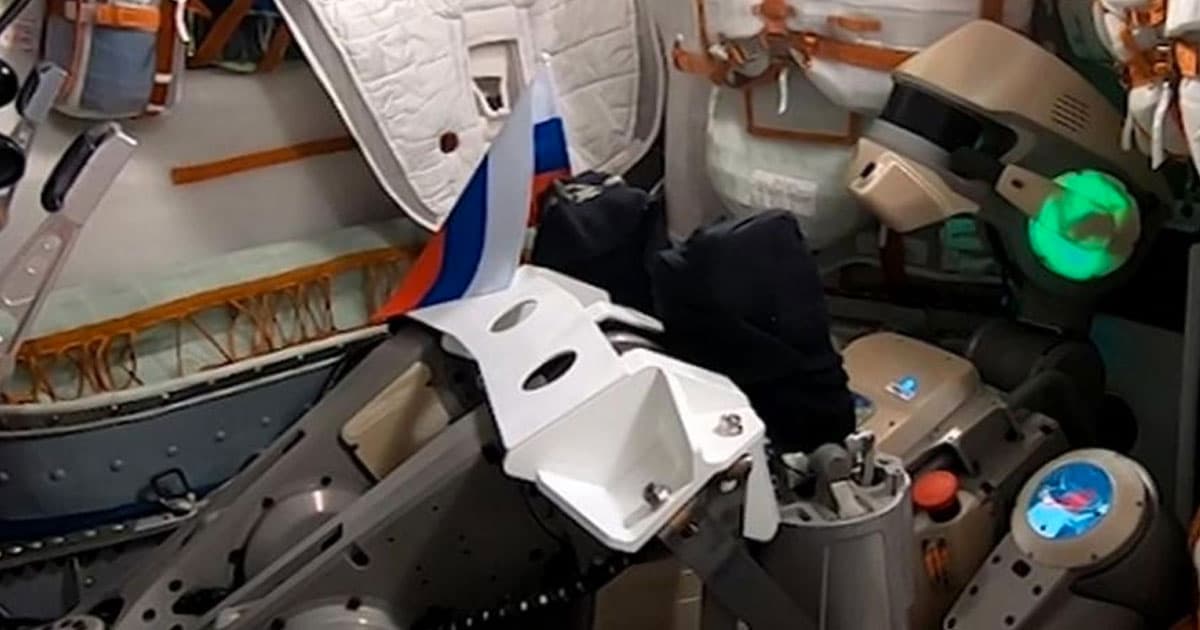 Russia Just Sent a Gun-Toting, Spacewalking Robot to the ISS

Fedor reached the space station on its second attempt.

Fedor reached the space station on its second attempt.

Fedor, the humanoid — and occasionally gun-slinging — robot that the Russian government says will help it settle other worlds, is safely aboard the International Space Station after docking Tuesday morning.

The robot was expected to arrive over the weekend, but the uncrewed Russian spacecraft's first attempt to dock at the space station didn't quite work out, and it took a few days to regroup and try again, Agence France-Presse reports. Until next month, Fedor will be putzing around the space station, helping out astronauts with their work while Russian engineers back on Earth monitor how the robot performs in microgravity.

The Russian spacecraft did reach the International Space Station on Saturday, but failed to lock into place while attempting to dock, according to AFP. At the time, the Russian space agency told NASA that the problem was likely on the space station's side of things, not the spacecraft's. But on Tuesday, everything went off without a hitch.

"Second time was a charm... the crew is up to seven," a NASA TV commentator said, per AFP, taking some liberties with the humanity of the robot.

The robot will soon begin performing tasks like space walks and other dangerous missions, AFP reports, before hitching a ride back home on September 7.

More on Fedor: Russia's Gun-Shooting Robot Is Heading to the Space Station

FROM THE DEPT. OF THINGS TO BUY
The Best Telescopes of 2023
Jan 29
Read More
Thanks, but No Thanks
Oakland Police Want to Arm Robots With Shotguns, Because We Live in a Dystopian Nightmare
10. 17. 22
Read More
Unholy Diver
Terrifying Humanoid Diving Robot With "Human" Sense of Touch Explores Shipwreck
8. 1. 22
Read More
+Social+Newsletter
TopicsAbout UsContact Us
Copyright ©, Camden Media Inc All Rights Reserved. See our User Agreement, Privacy Policy and Data Use Policy. The material on this site may not be reproduced, distributed, transmitted, cached or otherwise used, except with prior written permission of Futurism. Articles may contain affiliate links which enable us to share in the revenue of any purchases made.
Fonts by Typekit and Monotype.