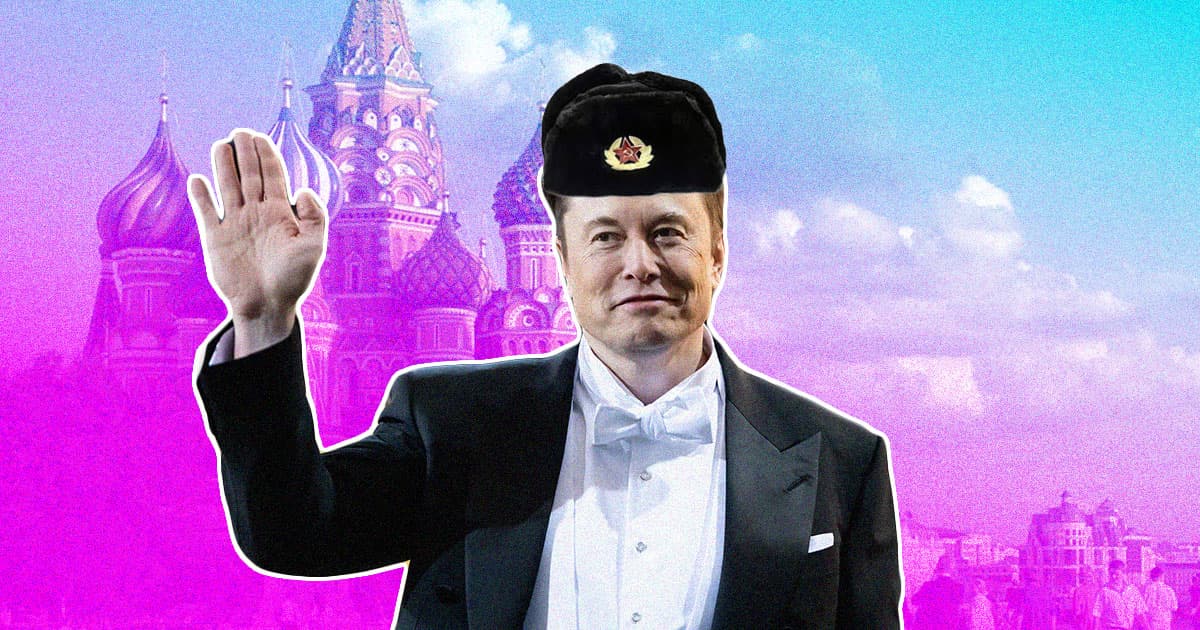 Russia Says Thanks Elon Musk, We Love You Too

"He’s worthy of a promotion to the next officer’s rank."

"He’s worthy of a promotion to the next officer’s rank."

The Kremlin is lauding its occasional foe Elon Musk after he — quite unpopularly, in many circles — advised Ukraine to give in to Russia's demands.

After Musk posted a controversial Twitter poll — yes, he really tried to do foreign relations via Twitter poll — that infuriated Ukrainians and their allies, multiple Kremlin officials took to the Telegram messaging app to issue some slightly backhanded praise for the SpaceX and Tesla CEO's remarks.

As the independent Russian news site Meduza notes, a translated Telegram update posted by Russian presidential Press Secretary Dmitry Peskov said that it was "actually quite positive" that Musk was, "unlike professional diplomats," seeking "a path towards peacefully resolving the situation."

"Well done, Musk, it must be said," Medvedev, who now serves as the deputy head of Russia's security council, wrote. "He’s worthy of a promotion to the next officer’s rank. In his next post he might say something like ‘Ukraine is an artificial state’.”

Yet another Dmitry had something more biting — and characteristically insensitive — to add to the Telegram hubbub.

In his own post, Roscosmos head Dmitry Rogozin joked that Musk's change of heart regarding Ukraine may have been influenced by Anna Kikina, the Russian space agency's single female active service cosmonaut who is slated to hitch a ride to the International Space Station on a SpaceX Crew Dragon tomorrow.

"That’s what a Russian woman has done to the American," Rogozin, who has been known to trade chauvinist threats with Musk, wrote on his Telegram channel.

While these social media testimonials are no doubt politically strategic in nature, it's nevertheless pretty freakin' weird to see Kremlin officials lauding Musk, specifically given that six months ago he quite literally said he wanted to personally fight Russian President Vladimir Putin.

But then again, these are all in response to him apparently turning coat on the Ukraine invasion — which isn't all that surprising, given his track record.