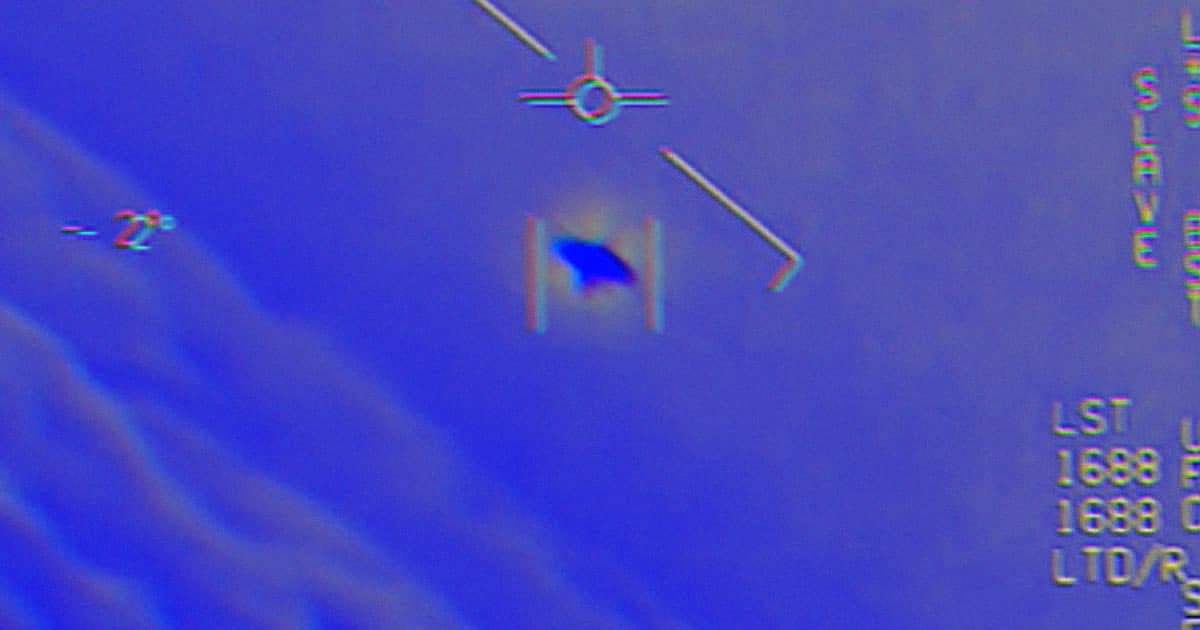 Aliens Not Ruled Out

"It no longer has to hide in the shadows."

"It no longer has to hide in the shadows."

The Pentagon's Unidentified Aerial Phenomenon (UAP) Task Force, a program dedicated to investigating UFO sightings, is ready to start reporting some of its findings to the public, The New York Times reports.

The news comes after the Senate released a committee report last month outlining spending for the unusual task force.

Determining whether aliens exist is not the main objective, unfortunately. The main goal, as outlined in the report, is to investigate "any links [UFOs] have to adversarial foreign governments, and the threat they pose to U.S. military assets and installations."

Just last week, Senator Marco Rubio (R-FL), chairman of the Senate Select Committee on Intelligence, suggested to local news station CBS Miami that another country like China or Russia could have made "some technological leap," explaining previous sightings near US military bases.

Cat's Out of the Bag

News about the Pentagon's efforts to collect and investigate UAP encounters first broke in a 2017 New York Times investigation, accompanied by several videos of mysterious encounters with still-unexplained flying objects.

The report also found that the Defense Department had been running investigations as part of its Advanced Aerospace Threat Identification Program since 2007.

Over the last few years, the Pentagon has started officially releasing the videos and previously classified reports about the encounters as well.

Congress has also recently turned up the pressure on the task force in an effort to have all data relating to the mysterious encounters released to the public.

"It no longer has to hide in the shadows," Luis Elizondo, the former military intelligence official, who was in charge of a preceding program dedicated to UAPs, told the Times. "It will have a new transparency."

More on the program: Congress Is Trying to Force the Military to Release More UFO Info

Consider the Source
Pentagon UFO Report Describes Radiation Burns, Other Bizarre Claims
4. 5. 22
Read More
Oh God
Trump Implies That the US Military Could Defeat Aliens If They Show Up
10. 14. 20
Read More
Drones?
US Military Releases New Info About Navy UFO Videos
5. 14. 20
Read More
+Social+Newsletter
TopicsAbout UsContact Us
Copyright ©, Camden Media Inc All Rights Reserved. See our User Agreement, Privacy Policy and Data Use Policy. The material on this site may not be reproduced, distributed, transmitted, cached or otherwise used, except with prior written permission of Futurism. Articles may contain affiliate links which enable us to share in the revenue of any purchases made.
Fonts by Typekit and Monotype.