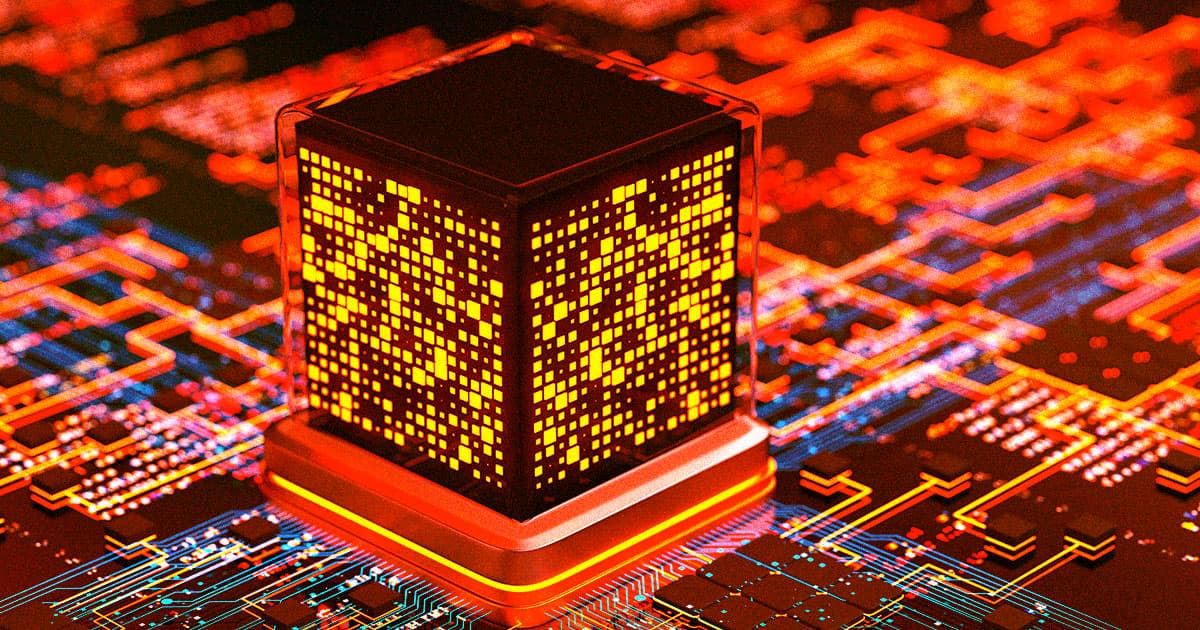 "In essence, the quantum computing industry has yet to demonstrate any practical utility..."

"In essence, the quantum computing industry has yet to demonstrate any practical utility..."

Oxford quantum physicist Nikita Gourianov tore into the quantum computing industry this week, comparing the "fanfare" around the tech to a financial bubble in a searing commentary piece for the Financial Times.

In other words, he wrote, it's far more hype than substance.

It's a scathing, but also perhaps insightful, analysis of a burgeoning field that, at the very least, still has a lot to prove.

Despite billions of dollars being poured into quantum computing, Gourianov argues, the industry has yet to develop a single product that's actually capable of solving practical problems.

That means these firms are collecting orders of magnitude more in financing than they're able to earn in actual revenue — a growing bubble that could eventually burst.

"The little revenue they generate mostly comes from consulting missions aimed at teaching other companies about 'how quantum computers will help their business,'" Gourianov wrote for the FT, "as opposed to genuinely harnessing any advantages that quantum computers have over classical computers."

Contemporary quantum computers are also "so error-prone that any information one tries to process with them will almost instantly degenerate into noise," he wrote, which scientists have been trying to overcome for years.

Gourianov also took aim at other assumptions about the field, arguing that fears over quantum computers being able to crack even the securest of cryptographic schemes are overblown.

Notably, the piece comes just weeks after a group of researchers found that a conventional computer was indeed able to rival Google's Sycamore quantum computer, undermining the tech giant's 2019 claims of having achieved "quantum supremacy."

"In essence, the quantum computing industry has yet to demonstrate any practical utility, despite the fanfare," Gourianov wrote. "Why is then so much money flowing in? Well, it is mainly due to the fanfare."

The money, he argues, is coming from investors who typically don't have "any understanding of quantum physics," while "taking senior positions in companies and focusing solely on generating fanfare."

In short, Gourianov believes it's only a matter of time until the "bubble will pop" and the "funding will dry up" — at which point, it's already too late.

More on quantum computers: UK Military Wants to Install Quantum Computers in Tanks for Some Reason

Quantum Supremacy
US Sanctions Chinese Quantum Computing Firms for... Reasons
11. 29. 21
Read More
Quantum Solutions
Chinese Scientists Say They Now Have the World's Most Powerful Quantum Computer
7. 6. 21
Read More
Quantum Conundrum
Sourcing Parts for Quantum Computers is Near-Impossible Right Now
1. 17. 19
Read More
+Social+Newsletter
TopicsAbout UsContact Us
Copyright ©, Camden Media Inc All Rights Reserved. See our User Agreement, Privacy Policy and Data Use Policy. The material on this site may not be reproduced, distributed, transmitted, cached or otherwise used, except with prior written permission of Futurism. Articles may contain affiliate links which enable us to share in the revenue of any purchases made.
Fonts by Typekit and Monotype.