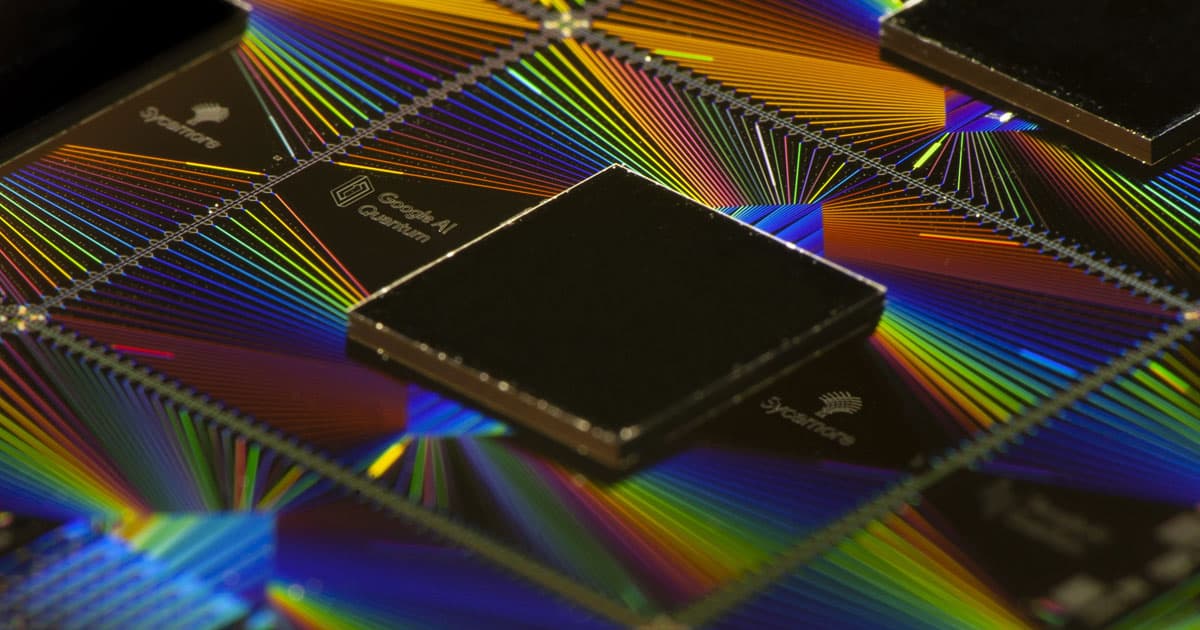 It's Official: Google Claims to Have Achieved Quantum Supremacy

Rumors have been circulating for weeks that tech megacorporation Google has achieved quantum supremacy, meaning it's used an experimental quantum computer to perform a calculation significantly faster than a regular binary computer.

In a mysterious paper spotted by the Financial Times on NASA's Technical Reports Server in September, Google researchers claimed to have beaten a supercomputer by a wide margin. But the paper was quickly deleted, prompting much debate about the claim’s validity.

And that brings us to today, when Google officially published the paper in the prestigious journal Nature. In it, Google claims its Sycamore quantum computer has completed a random number generation-related calculation in just 200 seconds — a task that would take the world’s most powerful supercomputer 10,000 years, according to the tech giant.

The megacorp is clearly very proud of its achievement. Google CEO Sundar Pichai even compared it to when the Wright brothers took off on their first plane ride in 1903 in an interview with MIT Technology Review.

Therefore, "Google’s experiment is an excellent demonstration of the progress in superconducting-based quantum computing," IBM researchers wrote, but it shouldn’t "be viewed as proof that quantum computers are ‘supreme’ over classical computers."