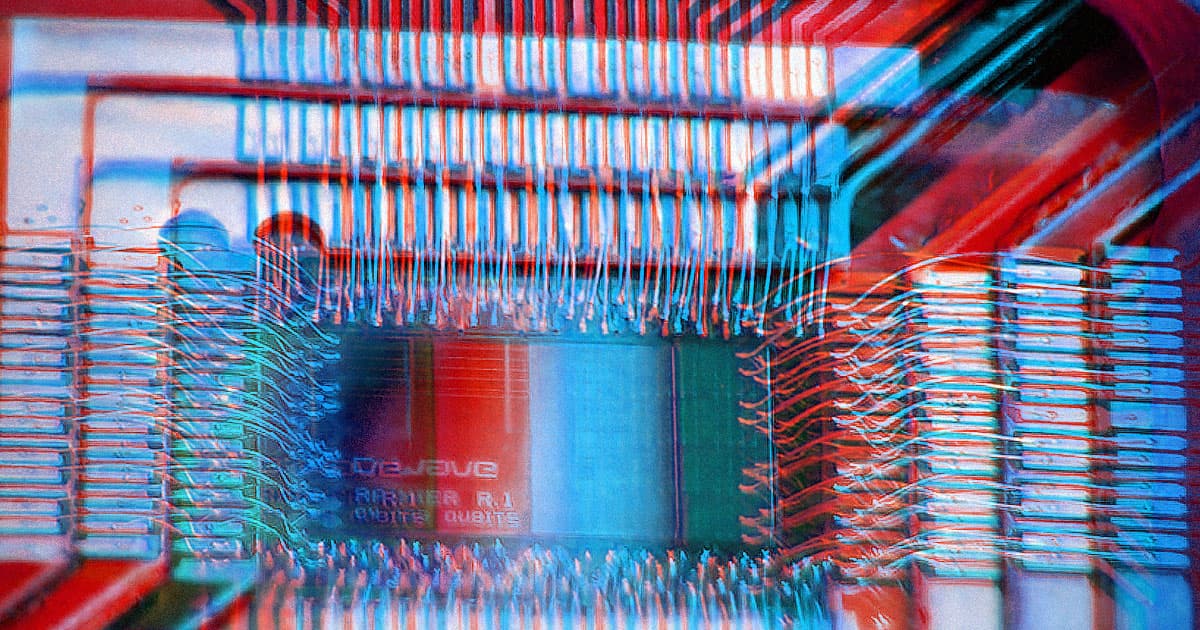 According to a now-deleted paper spotted by the Financial Times on NASA's Technical Reports Server last week, Google researchers have achieved "quantum supremacy" — in other words, their quantum computer managed to complete a computational task faster than a conventional computer processor. The paper was promptly deleted and Google has yet to confirm the achievement.

"To our knowledge, this experiment marks the first computation that can only be performed on a quantum processor," reads the document, which is still circulating.

The race between the quantum and traditional computer wasn't even close: according to the document, Google's "Sycamore" superconducting processor, which sports 53 qubits, quickly solved a problem that would've taken a classical computer 10,000 years to solve.

After news emerged of the milestone, Democratic presidential candidate Andrew Yang warned on Twitter that Google's computers could be used to break encryption of today's computers. But experts believe encryption cracking using quantum computers is still many years out, Wired reports.

The problem Google's quantum computer solved isn't going to be particularly useful in the real world, as Physics World notes, as the task involved verifying the randomness of binary numbers — something that doesn't have a ton of use cases.

But it's still an impressive proof of concept for the power of quantum computing.

Confirmation Bias
Microsoft Retracts Paper Claiming Quantum Computing Breakthrough
3. 9. 21
Read More
Spin Me Right Round Baby
Scientists Are Investigating If Time Warps Near a Nuclear Reactor
2. 5. 21
Read More
Totally Incoherent
Scientists Create Quantum System That Stays Operational 10,000 Longer
8. 14. 20
Read More
+Social+Newsletter
TopicsAbout UsContact Us
Copyright ©, Camden Media Inc All Rights Reserved. See our User Agreement, Privacy Policy and Data Use Policy. The material on this site may not be reproduced, distributed, transmitted, cached or otherwise used, except with prior written permission of Futurism. Articles may contain affiliate links which enable us to share in the revenue of any purchases made.
Fonts by Typekit and Monotype.