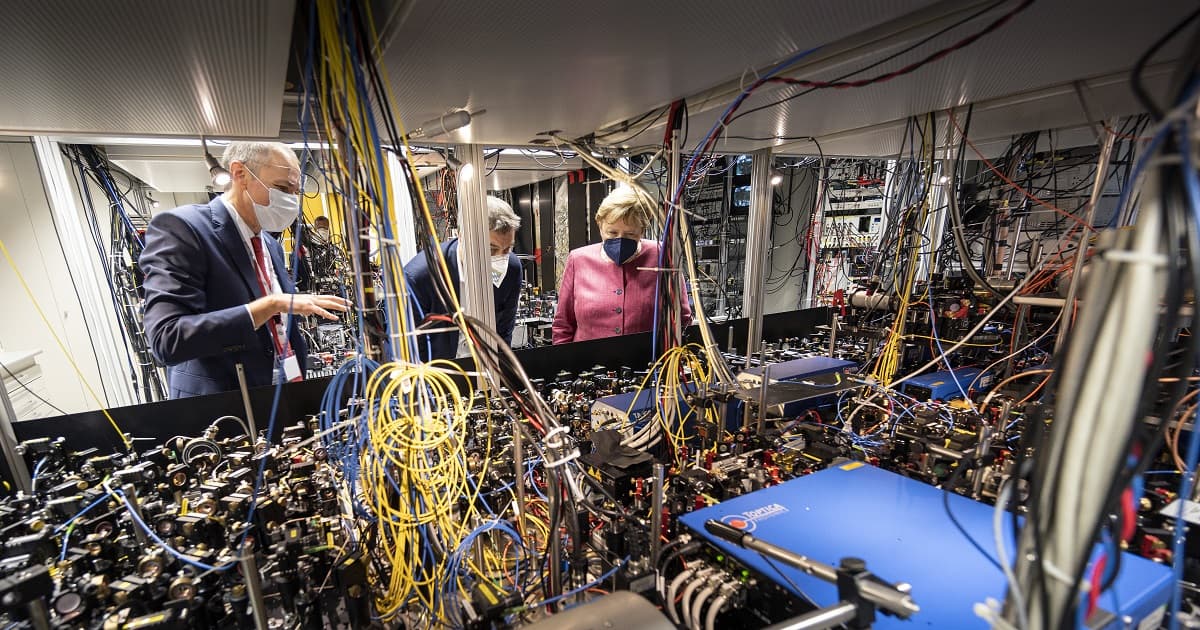 "I’m disturbed by some of the quantum computing hype I see these days."

"I’m disturbed by some of the quantum computing hype I see these days."

The nascent field of quantum computing generates a steady drumbeat of attention-grabbing headlines about the looming “quantum apocalypse,” “quantum supremacy,” and endless new investments in ventures that promise to finally crack the commercial capabilities of the tech wide open.

In an excoriating new essay for MIT Tech Review, though, prominent University of Maryland quantum researcher Sankar Das Sarma says that everybody needs to take a deep, deep breath.

The research is fascinating, he writes, and may well eventually lead to extraordinary breakthroughs. But the reality, according to his analysis, is that things are progressing slowly so far and we’re unlikely to see anything world-changing from the tech in the near future.

“I am as pro-quantum-computing as one can be: I’ve published more than 100 technical papers on the subject, and many of my PhD students and postdoctoral fellows are now well-known quantum computing practitioners all over the world,” Das Sarma wrote. “But I’m disturbed by some of the quantum computing hype I see these days, particularly when it comes to claims about how it will be commercialized.”

Das Sarma traces the the history of quantum hype back to 1994, when an analysis showed that it’s theoretically possible that the tech could crack open the strongest existing encryption algorithms. That represented a threat, so governments started pouring money into the space.

The problem, in Das Sarma’s analysis, is that even though the tech appears to be physically possible, actually solving it at scale has proven to be immensely challenging. The jump-out figure in his essay, for instance, is that today’s top quantum computers have dozens of the types of qubits believed to be necessary to produce genuinely impressive results. But to effectively harness them, he writes, we would need to scale that number to the millions.

“The qubit systems we have today are a tremendous scientific achievement, but they take us no closer to having a quantum computer that can solve a problem that anybody cares about,” Das Sarma wrote in MIT Tech. “It is akin to trying to make today’s best smartphones using vacuum tubes from the early 1900s.”

Quantum computing may well still be coming, in other words. But according to this expert, don’t hold your breath.

Quantum Supremacy
US Sanctions Chinese Quantum Computing Firms for… Reasons
11. 29. 21
Read More
Quantum Solutions
Chinese Scientists Say They Now Have the World’s Most Powerful Quantum Computer
7. 6. 21
Read More
The World’s First Practical Quantum Computer May Be Just Five Years Away
9. 21. 18
Read More
+Social+Newsletter
TopicsAbout UsContact Us
Copyright ©, Camden Media Inc All Rights Reserved. See our User Agreement, Privacy Policy and Data Use Policy. The material on this site may not be reproduced, distributed, transmitted, cached or otherwise used, except with prior written permission of Futurism. Fonts by Typekit and Monotype.